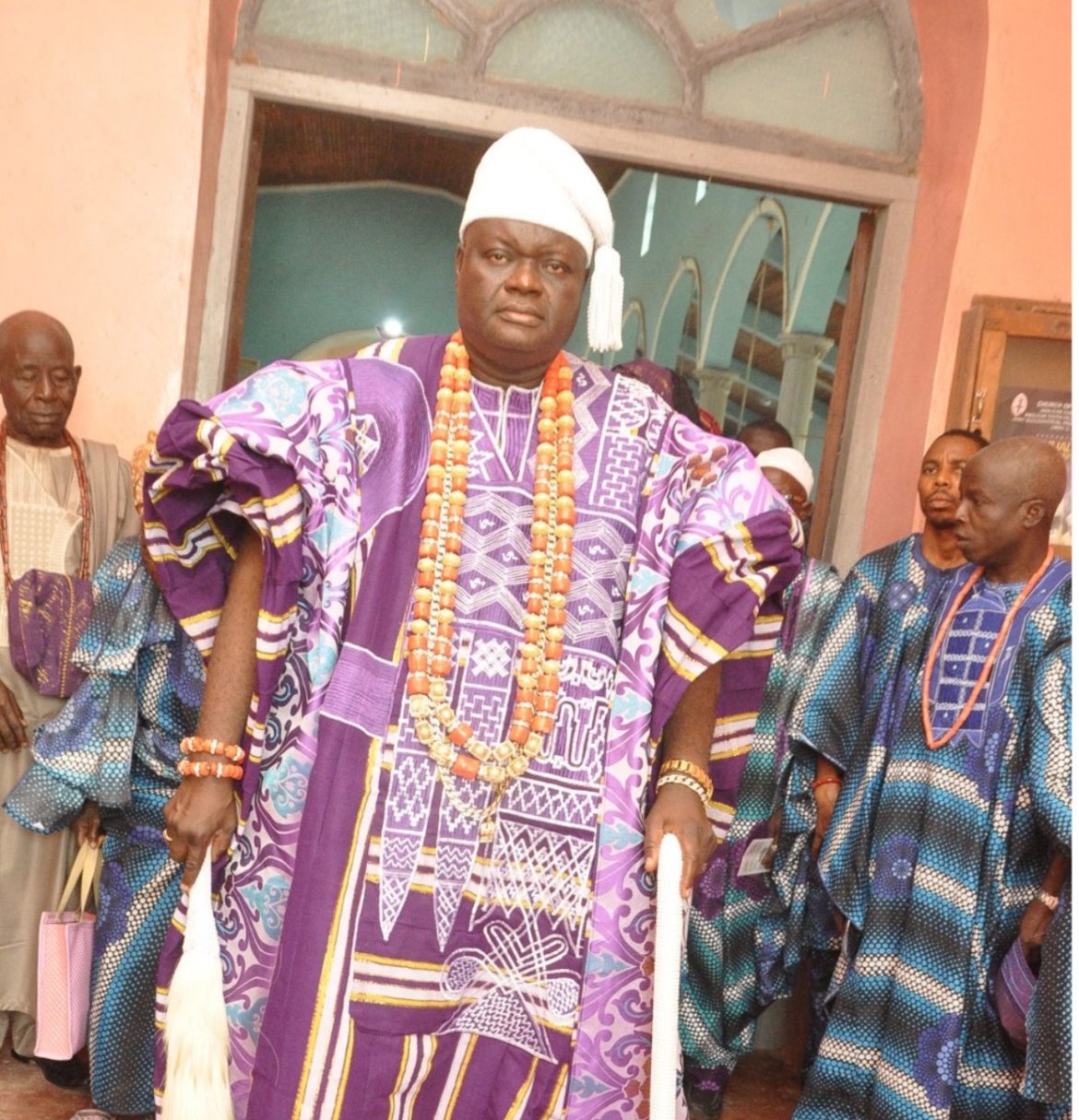 Two weeks ago, the sleepy town of Erimo-Ijesa, in Osun State, came alive. It was the 5th coronation anniversary of His Royal Majesty Oba (Dr.) Michael Odunlayo Ajayi Arowotawaya 11, the Elerinmo of Erimo-Ijesa.

The whole week event, which was characterized with lots of activities, started on Tuesday 6th August, 2019, in a grand style with a special palace court session (Ajo Ilu). On the same day, there was also traditional games, charity for widows, elderly and the needy.

While later in the day, there was an open field crusade by the beautiful wife of Oni of Ife and the Yeyelua of Ife, Evangelist Shilekunola Naomi Ogunwusi. On Wednesday 7th August, 2019, there was donations to primary/secondary schools pupils, scholarship awards to the indigent students, inter street female soccer finals and inter street under 17 soccer finals.

By Thursday 8th August, the ceremony was taken to more spiritual and humanitarian levels. There was inter denominational prayer session at the palace square, which was also followed by a health walk and talk sessions. Arowotawaya soccer competition finals also came up later in the same day.

While on Friday 9th August, honorary chieftaincy tittles were confered on some worthy personalities. A special Jumat service, at Erinmo Central Mosquee, took place. Another interesting program from the day was the 2019 Agidanyin Festival, followed by Royal Moonlight burnfire fiesta for VVIPs.

On Saturday 10th August, a grand reception, book launch and coronation for the newly installed chiefs, respectively, held at Erinmo Civic Centre. Not only that, there was also unveiling of Oba Arowotawaya Foundation. Some personalities who have contributed to the development of Erinmo in one way or the other were also recognised with Arowotawaya Recognition Awards. All the laid down events were well attended with dignitaries from Osun State, Lagos and above.

Meanwhile, to wap up the whole events, there was a Thanksgiving service on Sunday 11th August, 2019, at St. Peters Anglican Church, Erinmo-Ijesa.

It was, however, in that joyous moment of celebration of the landmark achievements of the Elerinmo of Erinmo-Ijesa that City People’s Correspondent, Dare Adeniran sought audience with highly glamorous and fashionable Oba Michael Ajayi, which he joyfully granted. In the course of the short but interesting interview session, the Kabiyesi was able to speak on several things many people may not know about him or the programs he has for his people. It was quite a revealing moment with him. Enjoy the excerpts.

Kabiyesi, it is your 5th coronation anniversary, how do you feel?

I feel elated and I give glory to God almighty for the opportunity to be on the throne at this time because every year and everyday in the life of a king is like a thousand years. But it is the will of God that I am here today and I am on this throne in this particular time. So, I thank God almighty and I feel so good and so happy that I am comfortable and God has taken all the glory.

How would you describe your experience of being a king in the last five years?

It has been a wonderful and very challenging experience. There is an English idiom that says, “uneasy lies the head that wears the crown”.

Nobody can be taught how to be a king, it is something you learn over time. It is always work in progress and you learn on the job. So it is a continuous learning process till death. I feel very special, though it has been very challenging, I mounted the throne before I was 50. So, there was a lot I needed to learn and I thank God that, both physically and spiritually, God Is putting me through and I am learning all that I should know about my present position.

What was your reaction when you were called upon to come and ascend your forefathers’ throne five years ago?

Long before that call I have had several prophetic visions, some of which I heard myself, which had confirmed to me that I will be king. Even though it never crossed my mind. I had no interest in that. But along the line I realized that this was my calling and I just had to surrender myself to do what God wanted me to do. I didn’t want to be disobedient and I am happy because it is an opportunity for me to serve my people and for me to lift them up from their present positions, for me to improve their welfare and also use the opportunity to develop the town.

And how far have you gone about development of the town in the last five years?

There is no doubt that a lot has changed. So many things were not in place at the time I came on. There has been physical infrastructural development. I have also spent a lot of energy on developing the human resources. We have vocational training schools, that we train people who can’t go to school. There is even the old peoples’ literacy class, which is free of charge, for everybody to just learn how to read and write. We have the free I.T class that we do for students, just for people to be empowered. So, there has been a lot of empowerment and support for the elderly, for the needy and for the widow’s.

I was chatting with your mum and she revealed that she didn’t want you to be king. Do you have any clue as to why she was opposed to your being king?

She was one of the major opponents of my becoming king and that is because, as a mother, she had a lot of fears about how will it be for a young man to just ascend the throne. But she realised after consulting God almighty, that this is my own calling and I had to be there; it wasn’t negotiable, it is something I had to do. She has been supportive. It is a special advantage that I have. That my mother is alive today while I am on the throne is an advantage for me, unlike, maybe, some people.

What is your vision for the town, let’s say in another five years?

My main vision is to take Erimo-Ijesa to the world and bring the world to Erimo. That is the summary of what I am here to do. And that is why you see me bringing the expertriates, to come and see the town and from there we begin to work at how to develop the town.

I hope that in another five years there would be a higher institution in Erimo. There would be industries, there would be corporate organisations here in Erimo so as to improve the lots of people. There is available skilled labour that people can use. There is arable land for all sorts of things and I believe that we have mineral resources in Erimo too, which we haven’t even explored. And of course we want to take the advantage of our spiritual mountains. You know Ori-Oke Erimo is known all over the world as the most potent spiritual mountain in the world. I believe if not in the world, in Africa and definitely in Nigeria.

So, we want to work around that to make climbing the mountains more comfortable and provide necessary infrastructures for those who come to pray on those mountains.

What has your experience as king taught you in the last five years?

What I have learnt is one, a king or leader must have a listening ears, must always listen to peoples’ advice. A king must also seek the support and advice of God because nobody can do it alone. It requires support from God almighty and a king must be calm at all times and reason with people and see the future.

But much more than that, a king must have vision. If you don’t have vision as to what you want to achieve or where you are going , then people might mislead you. A king must also remember that no matter how big you are, God almighty is still the king of kings.

I Have Learnt A Lot In My 5 Yrs As King Of ERINMO IJESHA was last modified: August 24th, 2019 by Dare Adeniran

Meet The Woman Many Brides Go To For Coral Beads