I Pick Players Based On Their Penis Size – German Football Coach 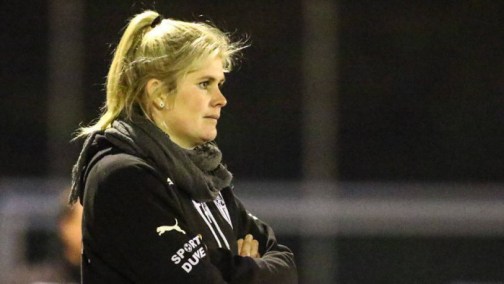 A woman coach to a German male football team shocked a journalist who asked her a ‘gender-biased’ question when she retorted that she picked her team members based on the size of their penis.

The Journalists had asked her if the players had to cover themselves up before she goes into their changing room, and the coach retorted – “Of course not. I’m a professional. I pick the team on penis size.”

Wübbenhorst, 30, took over at fifth-tier Cloppenburg in December, tasked with steering the relegation-threatened side away from the Oberliga Niedersachsen drop zone.

A former Cloppenburg player and Germany Under-23 international, she had been employed in coaching roles with the club’s women’s team since hanging up her boots in 2016.

I Pick Players Based On Their Penis Size – German Football Coach was last modified: January 18th, 2019 by Damilare Salami