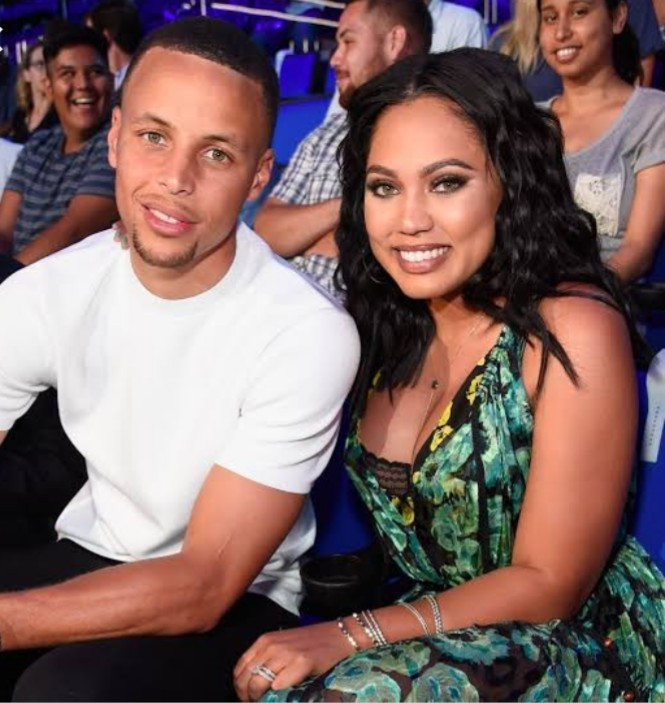 Ayesha Curry has said that her marriage to NBA player, Steph Curry comes first before the kids and she explained why this is so.

Speaking to Hello Giggles in a recent interview, the former host of The Great American Baking Show shared the marriage advice that keeps her decade-long relationship strong.

During the interview with Hello Giggles, Ayeesha was asked to reveal something about her marriage with Steph Curry that people will be surprised about and she said:

I want to say that we’re good communicators, but maybe that wouldn’t be a surprise. But that’s what keeps our bond strong. Even when we don’t want to talk about something, we talk about it. Especially from my perspective, I’m a lay it all out on the table kind of girl, so whether it’s a tough conversation or an easy conversation, I never have a tight lip. I tell it like it is and I tell it straight, and ultimately I think it keeps things a lot better for us.

Asked if she thinks that’s what has kept her relationship going all these years, she said:

definitely do, and I think that mutual support has also done that. And then also the biggest thing, both of our parents are still married and have been married for 30-plus years, and the one thing that they both shared with us—some through learning it the hard way, some through just making sure that they do it—is just making sure that we put each other first, even before the kids, as tough as that sounds.

Putting ourselves first, and making sure that we make time for date nights and for each other. That’s been very important, as hard as it is. Because when you become a parent, you want to put your kids first, and we do, but we do it second to our relationship. Because ultimately, when our relationship is good, the kids are happy and they’re thriving and our family life is good. We have to put that into perspective and realize that it’s not us being selfish, it’s making sure we set a strong foundation.

I put my marriage to Steph Curry over my kids-Ayesha Curry was last modified: January 18th, 2019 by Igbokwe John