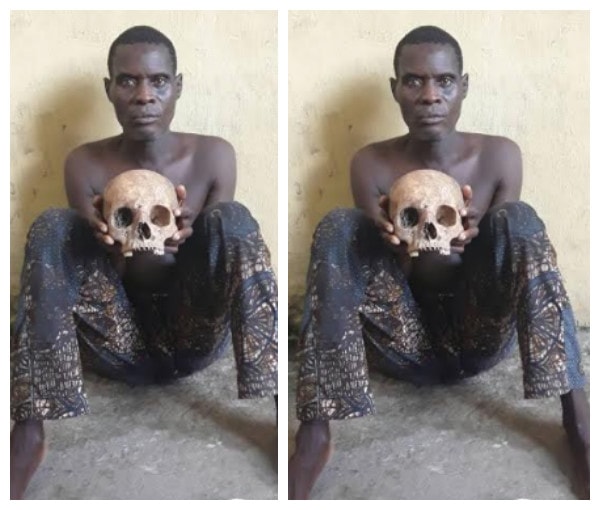 A 45-year-old suspected ritualist who was arrested by the Police in Lagos with a human skull, has disclosed that he sold fresh human skull for N1 million.

Explaining the circumstance that led to the arrest of the suspected ritualist, the Lagos State Police Public Relations Officer, Olarinde Famous-Cole, said some policemen, who disguised as buyers, contacted the suspect for a human skull.

The suspect reportedly agreed to sell a dried skull for N150,000 to the undercover operatives, but the officers bargained for N81,000 which he accepted.

The suspect later took the dried human skull to the ‘buyers’, and he was subsequently arrested after payment was made to him. During interrogation, the suspect disclosed that the dried skulls were sold between N80,000 and N120,000, adding that fresh human skulls were more expensive. He said:

“I sell fresh skull for N1 million.”
He was, however, silent on how he gets the skulls. The suspect, according to Famous-Cole, had been transferred to the State Criminal Investigation and Intelligence Department, Yaba, where investigation to ascertain where and how he usually got human skulls would be carried out