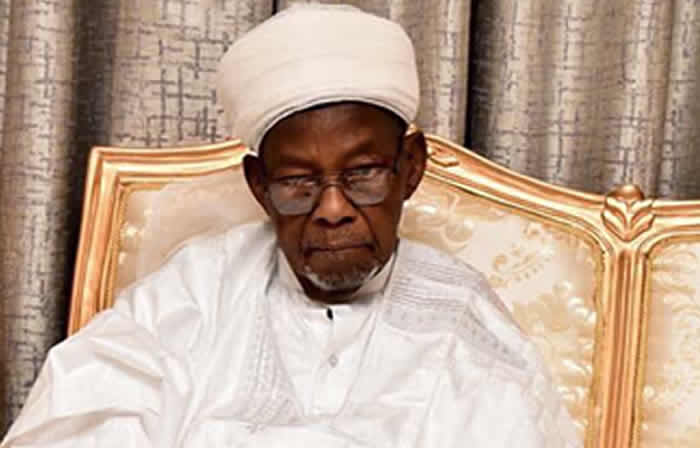 Khalifa Sheikh Isyaku Rabi’u was a remarkable man with multiple talents. He was born in 1928 to the family of Muhammad Rabi’u Dan Tinki, a Qur’anic preacher from Bichi in Kano State. His father had established the Qur’anic School in Bichi, which he attended at an early age, from 1936 – 1942. His quest for further education in Islam took him Maiduguri and later Zaria where he spent years studying the Qur’an and Arabic language. He then returned to Kano in 1949 as an accomplished, independent Islamic Scholar on his own with his horde of followers.

While still an instructor in Islamic education, he ventured into private enterprise in 1950. He established the company, Isyaku Rabi’u and Sons, in 1952. The company started as an agent of UAC, trading in sewing machines, religious books and bicycles. The major breakthrough for the company came in 1958 when Kaduna Textile Limited was established and it was appointed one of the major distributors. In that capacity, he distinguished himself in Northern Nigeria.
As a progressive and innovative businessman, he joined other businessmen from Kano to form the Kano Merchants Trading Company, which held its own against even older foreign consortiums.

His family holding company made rapid progress by investing in manufacturing. Their first investment was the Kano Suit and Packaging Cases company that he established in 1970 to produce suit cases and handbags. This novel investment by an indigenous businessman was carried out as a joint venture project with Lebanese investors.

In 1972, he moved ahead to establish the Bagauda Textile Mills that specialized in producing cloths for uniforms. The company further diversified its investments into different segments of the Nigerian economy. It went into frozen food service, real estate, insurance, sugar and a motor vehicle and parts distribution company with specialty in Daihatsu products.

However, when the exchange rate of the Naira against the dollar became unfavorable, the company scaled down its manufacturing operations and returned to its more familiar roots of trading.

Even as a billionaire business tycoon, life to Isyaku Rabi’u was not just about making money. He maintained a humane and friendly attitude to all classes of people. His door was always open to all that wanted to see him irrespective of ethnic origin or faith. Fridays after the Juma’a prayers were special days when people just trooped in and out to see him.

He was particularly fond of his old friends and relations from his earlier days as an itinerant Qur’anic student and preacher. His generosity to all and sundry was legendary. He interacted with all and was very immodest in sharing his wealth with those that did not have the privilege to be as wealthy as him. He was also a man of great humour who made sure his visitors were always happy and at home with him.

Even as he believed in the unity of all Muslims, he belonged to the Tijaniyyah sect founded by Shaikh Ibrahim Inyass. He frequently organized Qur’anic recitation competitions in his house and rewarded participants very generously. His massive support and leadership role in the group led to his been named Khadimul Qur’an (the servant of Qur’an). He was similarly named the Khalifa as a result of his outstanding contribution to the spread of Islam in Nigeria and Africa.

But to Khalifa Isyaku Rabi’u, life was not just about Islam and business. He cared a lot about and loved his country Nigeria. In the second republic, he even went out of his way to join the National Party of Nigeria, NPN, and the party that eventually won elections in the second republic to lead Nigeria.

On several occasions when Nigeria was faced with a serious crisis, the Khalifa would summon Qur’anic reciters and other religious leaders from all over the country to assemble in his house and offer special prayers for the peace, prosperity and progress of Nigeria.

During his lifetime, Khalifa Isyaku Rabi’u treasured his role in society more as a preacher and Qur’anic reciter. But the legacy he left goes far beyond that. He will be remembered as a successful merchant, an accomplished industrialist, a man with a big family and a community leader and a patriotic national leader. His wives, 42 children and several grandchildren survive him.

I wish to join millions of people from far and near in mourning the passing of this legendary person who bestrode, in an unprecedented manner, the firmaments of Islamic Scholarship, the Business world and Philanthropy like a colossus. I wish to convey my deep sense of loss and condolences to his Family, the good people of Kano State and Nigeria along with multitudes of his disciples, from far and near, on the passing of Khalifa Shaikh Alhaji Isyaku Rabi’u, Khadimul Qur’an. May his gentle soul rest in peace, Amin. Indeed his memory shall remain alive for time because he planted many seeds, having been endowed by Allah with many Children, some of whom have started growing, emulating and propagating some of his sterling qualities and values.

His greatest known and acknowledged asset is his devotion to Islam and the Mother of all Books, namely; the Qur’an that I pray will bear him witness and protect him in the beyond, Amin.

I pray that Allah will Grant him a special place in the highest Paradise. Amin.

Multichoice MD: Why we don’t want to offer pay-per-view