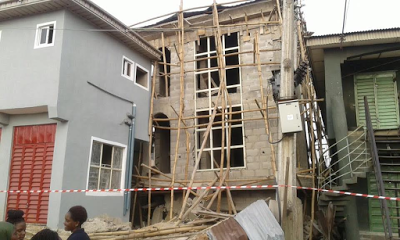 A two-storey building under construction which was located at No 21 Makinde Street, Alausa, Ikeja partially collapsed on Thursday, December 15th. A statement issued by the Lagos State Emergency Management Agency, said it received a distressed call at its Command and Control Centre which prompted the activation of the Agency’s Emergency Response Team to the incident scene.