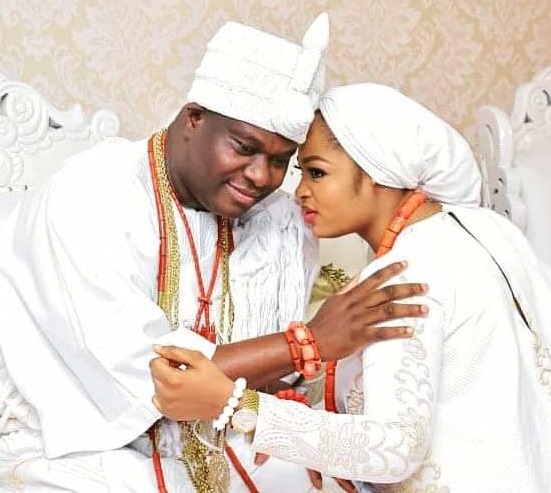 It’s been days since the joyful news of the birth of the son of the Ooni of Ife, Oba Adeyeye Ogunwusi, and his wife, Olori Silekunola Naomi broke.

The monarch alongside his chiefs, friends, and family all came out in their numbers to witness the naming ceremony of the new prince. Olori Naomi celebrates son’s naming ceremony

After the naming ceremony, the guests made their way to the palace where the merriment went down. Ooni of Ife’s son named Adesoji Aderemi, colourful videos from traditional naming ceremony emerge The new mother was spotted as she came out to say hello to the guests present. She wore a white attire and accessorized with royal beads. As the queen approached, she smiled and danced as people around sprayed her money.

Why My Style Of Rap Is Totally Different – Da Emperor