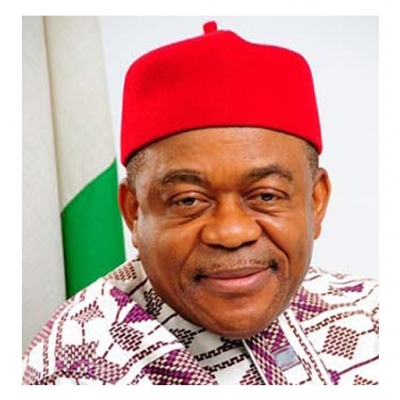 Former governor of Abia State, Theodore Orji has said he would rather quit politics than join the All Progressives Congress (APC).

He stated this during a town hall meeting held at Umuahia North Local Government headquarters.

Orji, representing Abia Central Senatorial District in the Senate told his constituents to count him out of joining the APC.

“At no time did I discuss or mention such  move to any individual or group because it is not in the pipeline and will never be there,” he said.

“Why would I leave my party, the PDP?” he asked. Whatever that is happening in my party is part of the development process of our great country; we should not all be in one political party; That is not how to develop democracy,” he said.

Senator Orji said  it was out of selfishness that prominent personalities in the South East left the PDP for the APC.

“Abandoning the PDP or any other political party because of alleged crisis is most uncharitable, especially when majority of them have benefitted hugely from it,” he said.

I’LL RATHER QUIT POLITICS THAN JOIN APC – ORJI was last modified: May 9th, 2017 by Daniji Emmanuel

THE ATTORNEY GENERAL TRUMP FIRED, FIRES BACK AT THE WHITE HOUSE IN HER TESTIMONY

Wizkid reacts to trending video of his ‘Free show’ interview