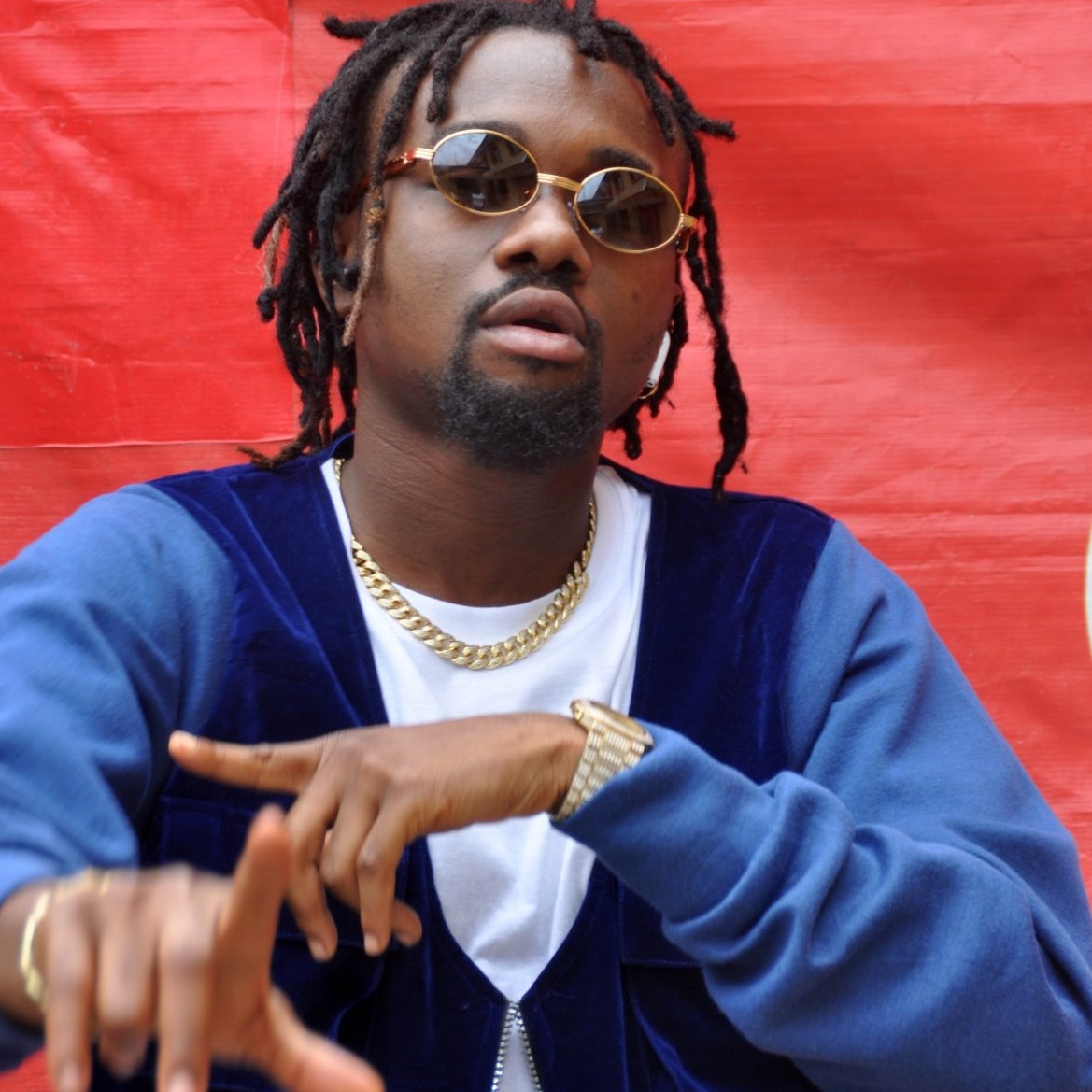 Baddest DJ Timmy maybe young in age, but he’s no doubt claiming the stage in the music industry as one of the A-list Disc Jockey in Nigeria.

The Warri-born talent has dropped countless mixtapes and produced hit songs featuring A-list artists which several hits to his credit.

What’s more?  Baddest DJ Timmy doubles as a Hypeman because of his versatility and vocal ability both on stage and in clubs. He’s set to release another banger called SEXY MONEY featuring Skales later in the month of September, while a Collabo with Skiibi is also in the pipeline.

City People invited this young talent and had an interesting roundtable chat with him, and he spoke about how DJ  and Hyping started for him…

I have been doing shows, promoting my songs, presently I’m about to drop a new song, I have also dropped some mixtapes and some features with some A-list artist. Skales just featured me on his new song shaking my head (SMH) some days back.

How many more artists are you doing a collabo with anytime soon?

I have a new song coming out soon. It’s a collabo I did with Skales and its called Sexy Money. It’s dropping on the 26th of this month (September). The follow up will be with Skiibi. You are the first people to know. I have not told anyone, until now, City People is the first to know that I’m dropping an album with Skiibi.

How did DJ start for you?

D-Jay actually started out of boredom for me. My dad was posted to Abuja, so there’s a place beside our house where they sell software. So I will just go there and buy games, until the day I stumbled on a software called virtual DJ. I installed it and started to learn how to it. Over time I started going to a friend’s party and they were paying me. So it was the money that was the motivating factor because it gave me joy that I can actually make money from my hobby. That was how I started professionally.

I started buying the hardware.

How did you break into the market?

It was Young6 who featured me on a song called Respect On My Name. young6 told me to the hype on the song. Just like what DJ Khaled does on songs. I will summarize the whole song and put a little spice to it. You know, that was the major break for me, before other major artists started to call me to the hype on their songs.

Let’s meet you personally. Who is Baddest DJ Timmy?

My real name is Otis. I’m from Delta, Warri to be precise, Itsekiri. I’m a Christian from a family of six. I’m the second child. I’m the only one into music. My parents are not all about music, I’m the only one in that field right now. They are educationists. So I went to Kings College, Lagos, spent 3 years, then I went to federal government college Ijanikin and spent 3 years too. I finished at Leeds City University, Ibadan.

I was working as a teacher in my parents’ school for a long time, but most times, the pupils started getting distracted because of my nomenclature. Each time I get into the class they will start screaming, ‘Baddest DJ Timmy!..so I had to pull out from that.

What has fame taken from you?

I won’t say I am that popular that much, but I the little one I have taken away my privacy. I always have to meet up to some standard each time I go out. People are expecting so much from me. There is a mall close to my house and I can’t even go there in a casual wear. I have to dress well because peoples first perception might be the last they get about you.

What’s the relationship with you and the other DJs in Nigeria?

I have a splendid relationship with all of them. I am probably the only DJ in Nigeria who supports other DJ the most. When any DJ drops a mixtape, I will be the first to hype it on my page. Even sometimes when a DJ drops a mixtape or song, I just DM them and ask for their Artwork, so I can help promote the song.

So, anytime I’m also releasing any mixtape, these DJs also rise to the occasion to show their support. There can be 100 Exclusive, Spinal, or Jimmy, you can’t perform at 2 events at a time, there is always a space for everyone.

Between Artist and D-jays, who makes more money?

At the end of the day, it is the DJ that is footing all the bills, if you hear DJ Timmy featuring XYZ, it is DJ Timmy that will be the one promoting the song, paying for online ads and all. The artist doesn’t have much stake, even if at the end, he will be the one who gets more popularity.

What are the challenges you have faced as a DJ?

To be honest, in my own way, the challenge has been financing. Everything I do, I sponsor myself, I don’t have an investor. The talent is not my problem, knowing the artist is not the problem, but most the issue if financial. To shoot a video is nothing less than one million naira; to shoot an industry standard video. You must mix the song, 50 thousand naira and above.

What inspired your decision to become a hypeman?

When I started making money from DJ, a friend heard my hyping at home one day and he said, look, don’t you think you should add hyping to your work as DJ? So, when I got to the club that night, I tried it and it went well. The hypeman started giving me the mic 2 hours before he ends his job, later increased to 3 hours, later I began to cover for him for the entire night when he’s unavailable.

In fact, it got to a time I stopped DJaying because I was making so much money from hyping. You see how Fuji artists sing? They are more of hypemen in a way, like when they start to call some names and the people start to spray money on them, that’s how the hypemen work too. as a hypeman, when the ballers started to walk in, I know what to say. That will make them start spending so much and they will be tipping me, so I can mention his name, and I will be moving from table to table. That was what Young6 noticed when he said I should do the hyping on his song.

Who is your role model in the industry?

I will say he’s DJ Khaleed. He’s spectacular; he’s got the vibe and knows what to say at every point in time. When he’s making money, he’s making hits and making sense.

“I’m All About The Hits” – Baddest DJ Timmy Reveals Why He’s Most Artists’ Favourite Hypeman was last modified: September 21st, 2018 by Reporter