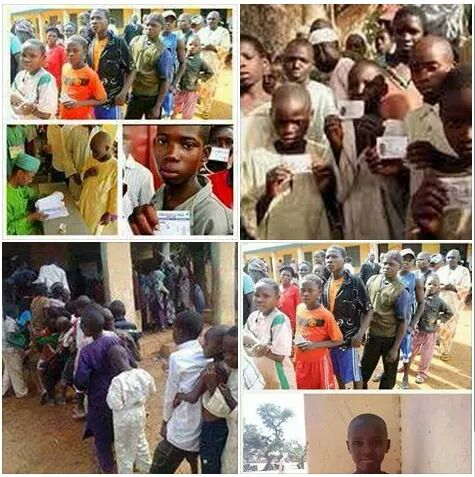 Owing to its intention to ensure a free and fair election, the Independent National Electoral Commission (INEC) says any underage person caught trying to participate in the electoral process will be arrested, along with their sponsors.

The INEC Chairman, Professor Mahmood Yakubu, stated this on Friday in Abuja while briefing stakeholders on the updated preparations of the commission for the rescheduled presidential and National Assembly elections slated for Saturday, February 23, 2019.

His words: “Underage voting is an illegality because there is a statutory age for eligibility, for registration as a voter. If on election day, you find anyone that is apparently underage or conclusively, kindly report this to any official of the commission or the security agencies.

“Working with the Inspector General of Police, I said that any underage person caught trying to be accredited or voting on election day will be arrested. Voting is only open to Nigerian citizens who are above the statutory age of 18. It’s an illegality and let me seize this opportunity to warn those who may wish to sponsor underage persons to vote on election day that they will be arrested.

“And the good thing is that in the numerous elections that the commission has undertaken, we have never had a report of incidents of underage voting and we conducted elections into 195 constituencies off-season between the first election we conducted in Kogi State in June 2015, and the last one we conducted in Osun in September last year.”

Reports of underage voting were rife during the 2015 elections. Besides that, in 2018, INEC had expressed concern over registration of underage voters.

INEC Vows To Deal With Underage Voters And Their Sponsors was last modified: February 22nd, 2019 by Damilare Salami