Injury Knocks Manuel Neuer Out Till End Of The Season 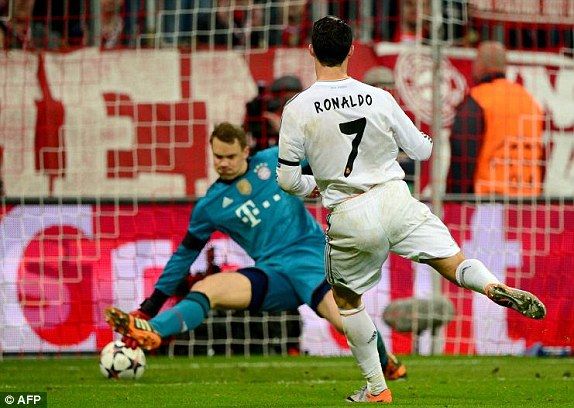 Bayern Munich goalkeeper Manuel Neuer will be out for the rest of the season after fracturing his left foot during the Champions League quarter-final second-leg defeat by Real Madrid on Tuesday.
Neuer, 31, sustained the injury during Cristiano Ronaldo’s third goal in extra time as Bayern lost 6-3 on aggregate.
“I am sad that I will not be available to the team for the season finale,” the Germany keeper told Bayern’s website.
“Now I am concentrating on getting back to full health as soon as possible.”
Carlo Ancelotti’s Bayern are closing in on a fifth successive Bundesliga title.
They are eight points clear at the top of the table with five games remaining.
Former Stuttgart keeper Sven Ulreich, 28, is likely to deputise for Neuer for the rest of the season.
Bayern are at home to relegation-threatened Mainz on Saturday (14:30 BST).

Injury Knocks Manuel Neuer Out Till End Of The Season was last modified: April 20th, 2017 by Damilare Salami