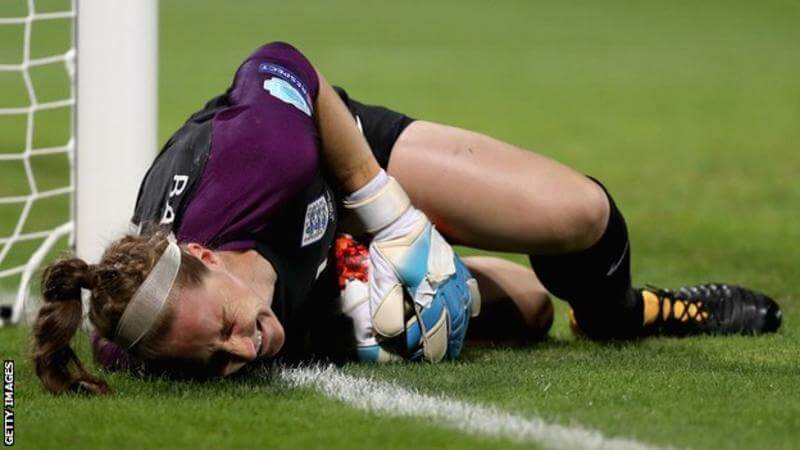 England goalkeeper Karen Bardsley will miss the rest of Women’s Euro 2017 after breaking her leg.

Manchester City’s Bardsley, 32, was injured in the second half of Sunday’s quarter-final victory over France.

Siobhan Chamberlain, 33, who came on for Bardsley, is now likely to face the Netherlands in Thursday’s semi-final.

The Football Association said Bardsley, who has fractured a fibula, will stay with the squad as they prepare to face the tournament hosts.

Midfielder Jill Scott will also miss the game in Enschede as she is suspended.

SEE ALSO: I PREDICTED THE GROWTH OF LEKKI-EPE AXIS  7YRS AGO CEO OF ASSIST-TO-SELL, CHUKWUNONSO ONNY-EZEH