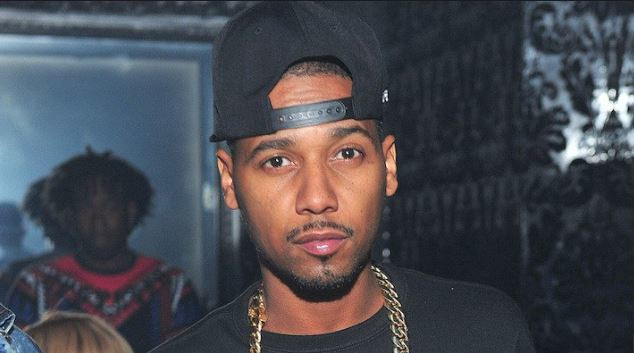 Juelz Santana is trying to keep his house in order as he marries girlfriend, Kimbella ahead of his prison jail term.

The rapper got married to his longtime girlfriend and mother of his two kids before family and friends in a private ceremony.

According to UrbanIslandz, Juelz Santana proposed to Kimbella in the middle of his set at the Apollo Theater in New York on November 23, 2018. His fellow Dipset group mate Cam’ron was there, and he captured the entire thing on camera all while Jim Jones and Freekey Zekey looked on.

Juelz Santana will be going to jail anytime soon after been found guilty of trying to take a loaded .38-caliber handgun and eight oxycodone pills in his travel bag while on a trip at an airport.

Juelz Santana has been sentenced to 27 months behind the bars following drug and firearm case. According to TMZ, a judge on Monday, December 17, 2018, in Newark, NJ sentenced him to jail.

juelz santana will be spending 27 months in jail

He’ll also be under supervised release for 12 months after he’s completed his time. No date was set on when the rapper will have to surrender. It would be recalled that Juelz Santana was arrested in March after trying to take a loaded .38-caliber handgun and eight oxycodone pills in his travel bag at Newark International Airport.

After TSA security found the gun, Juelz booked it but he later turned himself in. Juelz Santana pled guilty to unlawful possession of a weapon and possession of a controlled dangerous substance.