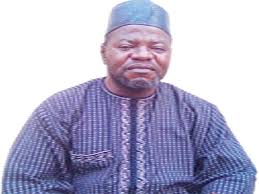 While initially keeping the identity of the agency under wraps, the police had said it officially handed over the suspect, Alhaji Ali Teshaku, to a sister security agency via a memo by the then Inspector General of police, Hafiz Ringim, dated July 7, 2011. The police further claimed that the action was based on a formal letter from the unnamed sister agency dated June 27, 2011, which requested release of the suspect to it.

Olusola Amore, the Force Public Relations Officer at the time, explained that the IGP acceded to the request in the spirit of intelligence sharing as is customary in security circles, but was quick to add that the identity of the sister agency concerned would not be given in the national interest.

However, fingers were pointed at the direction of the Defence Intelligence Agency (DIA), whose erstwhile chief, Major General Babagana Munguno (retd), the incumbent National Security Adviser (NSA), reportedly made the request and eventually took over custody of Teshaku from the police. But all the military intelligence chiefs at the time denied having anything to do with the suspect.

In a curious twist of events, the DIA eventually admitted taking custody of the suspect from the police after writing a formal request, but claimed it encountered several obstacles in the process, which were surmounted with the intervention of a former NSA, late General Owoye Azazi, who prevailed on Ringim to release the suspected terrorist kingpin to Monguno.

Interestingly, Teshaku was said to have opened up on the activities of Boko Haram to the DIA and claimed to have revealed same to the police authorities. Reports further indicated that both the then NSA and Chief of Defence Staff [CDS] were notified by the DIA on its encounter with the suspect before he was returned to police custody.

But Nigerians were bemused shortly thereafter, when the DIA reportedly asked for the suspect to be released to it a second time for further investigation, but was allegedly turned down. It was, indeed, a high drama as the police authorities vehemently denied the allegation that Teshaku had been returned to its custody after he was handed over, talk less of receiving a second request for his release to the DIA.

Expectedly, the claims, counter claims and denials between the security agencies were further compounded by reports of the DIA’s eventual admission of taking custody of the suspect at a point in time from the police, and it became a source of concern and embarrassment to the presidency, which ordered a probe into the incident.

Nothing was heard since then about him besides a joint press conference held at the Defence Headquarters to douse public suspicion of mutual distrust and rivalry amongst security agencies. While Hafiz Ringim, the IGP at the time declined comments on the issue when contacted recently on telephone, former police spokesman, Olusola Amore, a retired commissioner of police, gave an insight into the squabble between the police and DIA.

“Let me flashback because I can actually remember now since you said it was that issue that led to conflict between us and the DIA. I know the DSS were also involved, but instead of them handing over the suspect back to us, all we saw was the suspect making some allegations against the police. And we said well, we still believe that the suspect would be returned to us because we transferred the suspect in the spirit of inter-agency collaboration. So, there is no way they would release the suspect without returning the suspect to the police. That was the conflict.

The suspect was arrested by the police in connection with Boko Haram and handed over to the DIA. I think it was the DIA because I was later invited for a joint conference at the Defence Headquarters and the Defence Intelligence Agency, all of us were there. I just sat there, but I didn’t talk. But I said at that meeting that we still believed the suspect is with the DIA, and would be handed over to us. In fact, I didn’t want to go but the DIA was boxed into a corner and they wanted a face-saving press conference. So they wanted the PROs of all security organizations to be there. Sincerely, I didn’t want to go but later, they got in touch with Ringim (IGP); so Ringim said I should go but shouldn’t say a word there. So I attended”, Amore said last week in a telephone chat.

Seven years after, the dust over the suspect’s whereabouts seemed to have settled. But a mention of the suspect’s name during an interview last month with Garus Gololo, coordinator of the Miyetti Allah Cattle Breeders Association of Nigeria (MACBAN) triggered an alarm in the reporter’s memory. Gololo had alleged that Ali Teshaku, presently the commander of the Livestock Guards in Benue State, an outfit created by the state government with the enactment of its anti-open grazing law, was a suspected Boko Haram leader engaged to terrorize Fulani herders and evict them from the state.

Tahav Agerzua, Special Adviser to Governor Samuel Ortom on Media and ICT, however, debunked the allegation. “This matter you are pursuing is not necessary at this time. After all, we inherited him from the previous government and the man has been granted amnesty. This is a security issue, but if you want further explanation, you can come over and I will arrange for you to talk to the security people”, he said on telephone when contacted on the issue.

His response fired the reporter’s zeal to probe into the identity of Ali Teshaku, with a view to ascertaining if he was indeed, the suspected Boko Haram leader at the centre of a conflict between the police and the DIA some years ago. The investigation paid off as Saturday Sun got a lead to unmask him. Teshaku, in a telephone interview, confirmed that he was the subject of controversy between the two security agencies. He also confirmed that he was released from detention by the DIA after probing into his background and role in the Boko Haram saga.

“If you are in this country and you are an unknown person or from a poor family, these politicians or the security, they can use you and dump you. On this issue, the DIA is made up of serious and experienced people. When they dug into my role and found out what happened between me and the Nigerian security, they knew that I was supposed to be rewarded”, he said.

Two former security goons, however, confirmed in separate encounters with Saturday Sun that Teshaku was at a time on security radar as a suspected henchman of Boko Haram. But the soft-spoken Benue State-born man says his engagement by a former Deputy Inspector General of Police (Operations), Mike Zuokumor, as coordinator of a Civilian Joint Task Force (CJTF) in the state as part of measures to curtail the incessant herdsmen/farmers clashes, was an indication that he was not a devil as was being painted by the police authorities.

But Zuokumor, who does not want to be drawn into the controversy on Teshaku’s suspected role in the Boko Haram insurgency, explained why he engaged him as head of the CJTF in Benue. “Teshaku is a Tiv man, but a Muslim; the bulk of herdsmen are Muslims and he had something in common with them. He also had something in common with the Tiv farmers. Teshaku was instrumental to the signing of a peace accord. He was made chairman of a committee and had a Fulani deputy. Teshaku did not go to school, but had native intelligence. He was the one that pointed at who is who during the farmers/herdsmen crisis at the time I was DIG Operations”.

Top security sources confided in Saturday Sun that Teshaku had an awesome influence on senior commanders of the Boko Haram sect at the height of its devastating attacks during the previous administration, and indeed, met ex-president Goodluck Jonathan, on one occasion in his bid to proffer a solution to the insurgency.

At the meeting which sources said held in the wee hours of the fateful day at the Maitama, Abuja residence of a traditional ruler and Jonathan’s childhood friend, King Amatele Jonny Turner, Obigbo Mikimiki of Opume Kingdom, Bayelsa State, Teshaku was masked and taken to the venue by a retired Deputy Inspector General of Police who, at that time, was the commissioner of police at the Federal Capital Territory (FCT) police command, in company with Wilson Inalegwu, then an Assistant Commissioner of Police in charge of operations at the command.

It was learnt that after listening to Teshaku, who allegedly offered to persuade top commanders of the Boko Haram including those in Niger, Cameroon and Chad to converge on Maiduguri for a peace meeting as a prelude to ceasing the attacks, he was said to have been mobilized in United States of America, US Dollars, and succeeded in arranging a meeting of the sect commanders at the Borno State capital. While there, they were said to have clashed with the military during which some of them were killed, and a few were arrested.

Teshaku was also said to have arranged clandestine meetings between the authorities and Boko Haram commanders in Abuja, leading to two agreements in 2012 in which the insurgents indicated their willingness for a truce. But sources said factional leader of the sect, Abubakar Shekau, refused to attend the Abuja meetings, but opted to engage a former Minister of Niger Delta Affairs, Godsday Orubebe in Dubai, United Arab Emirate. It could not be ascertained at press time whether the meeting held. But most of the meetings between the authorities and the Boko Haram elements in Abuja were said to have been presided over by a former Minister of Police Affairs, Navy Captain Caleb Olubolade (retd).

When the hunt for him intensified, Mamman Nur, the suspected mastermind of the United Nations (UN) House bombing in Abuja was said to have also contacted Ali Teshaku, when he learnt of a peace move, and had sought reprieve from the authorities through a former commissioner of police in the FCT, who had been promoted an Assistant Inspector General of Police (AIG).

A source hinted that the police chief, now retired, linked Teshaku to Peter Gana, a retired Deputy Inspector General of Police in charge of the Force Criminal Investigation Department (FCID). Eventually, Teshaku and Nur met the DIG, who the source said took them to the office of the NSA.

Was Teshaku a kingpin of Boko Haram as alleged by the police, a repentant opportunist who had wanted to capitalize on the crippling insurgency to fester his nest during Jonathan’s administration, or a security mole? Only the security agencies can provide answers to these posers.