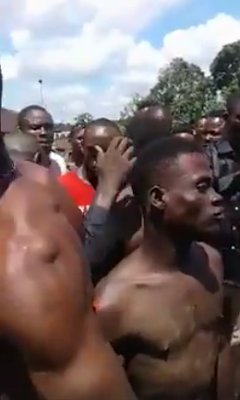 Some young men believed to have been behind the assassination of the chairman of Ohafia LGA in Abia state, John Eke, were apprehended by youths in the community on Wednesday May 17th.

The local government area has been embroiled in crisis over attempts by some Councillors to impeach Eke.
The state house of assembly recently suspended three Councillors suspected to have been inciting crisis in the area. The suspected assassins are currently in police detention.

7 Important Tips for Jogging with Your Dog