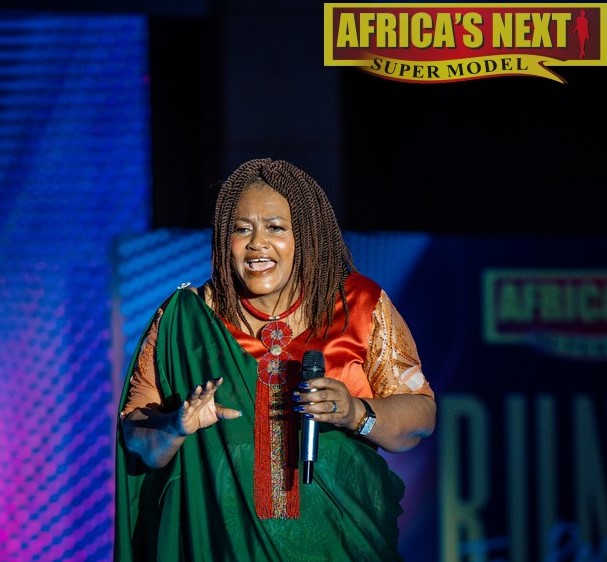 Launches the maiden edition of Africa’s Next Super Model in Kigali, Rwanda

Speaking on this maiden edition, Joan Okorodudu, CEO of Isis Models said that Africa’s Next Super Model (ANSM) was conceptualized from Nigeria’s Next Super Model (NNSM) with a recorded history of having produced the show for the past 15 years. She said “The NNSM show has been successfully used to groom models from scouting all the way to the international platforms resulting in several black models representing Africa on the world map.

“The winners of NNSM have been gifted with brand new cars from 2007 until 3 years ago when it changed to cash prizes, plus other consolation prizes such as modeling contracts, an all-expense paid trip to the US, UK, Paris, Milan, South Africa and other countries where they are established as professional models. This maiden edition of Africa’s Next Super Model is a huge success, hosting several high-profile personalities in Rwanda as well as those who traveled in from various countries” Okorodudu said.

The competition kicked off with over 35 contestants moving into camp on the first day of camp at Elizabeth Golf Apartments from other African countries including Nigeria, Kenya, South Sudan, South Africa, Ethiopia, and Rwanda, and trained by the catwalk instructor Larry Walker from Nigeria.

On the day of the grand finale, the exhibition ground was opened at 3 pm with beautiful crafts from Runway to Redemption, which is also an organization empowering refugees from the Kakuma Refugee Camp, and at around 4:00 pm, the doors were already opened and famous DJ Sonia was on the mix to provide nice music vibes when the runway started at around 5:30 pm with catwalks showcasing amazing designers from some of the best of Africa’s designers consisting of the Quiteria Atelier brand presented by his brother Vincent Kekana from South Africa, Joseph Ejiro from Nigeria, Jamey Bryan Kimani from Kenya, Inkanda House from Rwanda, and T’Beyond Design from Rwanda.

The panel of judges for the event was made up of 15 International top agents, casting directors, and CEOs in the modeling industry led by the CEO of Select Model Global, Select Paris, Select Milan, Select London, Select Stockholm, Fusion Models NYC, UNO Spain, Wave Milan, MIRRRS, 28 Models New York, CEO of Webest Models, One Management, Milk Management London, Muse, and a number of others.

Africa’s Next Super Model theme song was produced by Kuttie featuring David Elumelu. The event was made lively by the music performances of David Elumelu from Nigeria. Matteo, the CEO of Select Model commented that “it is going to be a tough selection considering the fact that all the contestants are awesome”.

After reviews and thorough selection by the judges, winners emerged which included the top 5 contestants for the event and they are MARVELLA, AKOI, AJIBIKE, FAVOUR, and DENISE. While the second runner-up was AJIBIKE, the first runner-up was AKOI and the winner is MARVELLA.

Speaking to journalists after the event, the winner Marvella Niteka commented that she had her confidence up before joining, but after joining the competition she realized everyone was good and she doubted winning the competition.

“But I kept the courage and worked hard, the practices were really extreme and tiresome but I kept pushing hoping for better,” she said

Niteka said that the teams have been very supportive and she is grateful, and this gives her more courage to run for Miss University Burundi to take the flag as far as she can. She added that she is excited to see the investment she made payback, adding that this marks her beginning. She said that being part of the stories and journeys of these young models makes her feel that she is doing the right thing, adding that she wants to see them take Africa to the world.

Matteo, Select Model added that the winner deserved it, saying they consider a model who has the potential to work with very many big designers. The event was streamed live to hundreds of viewers on various platforms by Yonwuren Media.  The official makeup company for the event is Helaz Beauty from Ethiopia.

The winner won the grand prize of $5000 and was presented by the event’s longtime partner – the CEO of Studio 24 Nigeria, Mr. Ifeanyi Oputa

HAVE BEZOS AND CO EARNED THEIR ASTRONAUT...