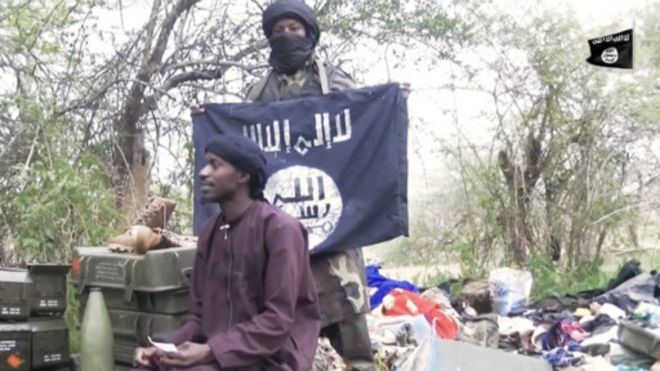 At least 10 soldiers have been killed by suspected members of the Islamic States West Africa Province (ISWAP) who attacked Garin Giwa village in Kukawa local government area of Borno state.

Military sources told Journalists that many soldiers sustained injuries in the attack which happened on Wednesday morning.

Two gun trucks were reportedly taken from the troops who were on a routine patrol when their convoy came under attack.

“The troops engaged the terrorist in an encounter which lasted for about 30 minutes, and as a result we lost 10 of our special forces soldiers. The insurgents took us by surprise,” one of the sources said.

“Our wounded soldiers have been taken to Mile 4, while those killed have been transported back to Maiduguri.”

Sagir Musa, army’s spokesman, did not immediately respond to a message seeking development over the attacks.

Despite repeated claims of defeating the sect, insurgents have continued to launch attacks across the north-east.

Meanwhile, Babagana Zulum, governor of the state, has inaugurated a committee for the resettlement of internally displaced persons back to Baga.

The governor said after his visit to Baga in August, a formal letter was sent to Tukur Buratai, chief of army staff, notifying him of the desire of the people to relocate to Baga.

“The letter received the blessing of the military, hence we have taken steps to relocate citizens back to their ancestral homes. In view of the foregoing, Borno state government constituted a high powered committee comprising top government functionaries both from the federal and state government, the armed forces, CJTF, hunters, and traditional rulers,” the governor said.

He also said the army chief has replied to the letter seeking military clearance for the return of the displaced persons.

READ ALSO: IF YOU ‘NYAKO’ ME I WILL ‘JONATHAN’ YOU! BY TOLA ADENIYI…