Home News It Took Me About 5 Years To Build My Hotel – LAGOS NURTW Big Boy, KOKO ZARIA, Opens Up
News

It Took Me About 5 Years To Build My Hotel – LAGOS NURTW Big Boy, KOKO ZARIA, Opens Up 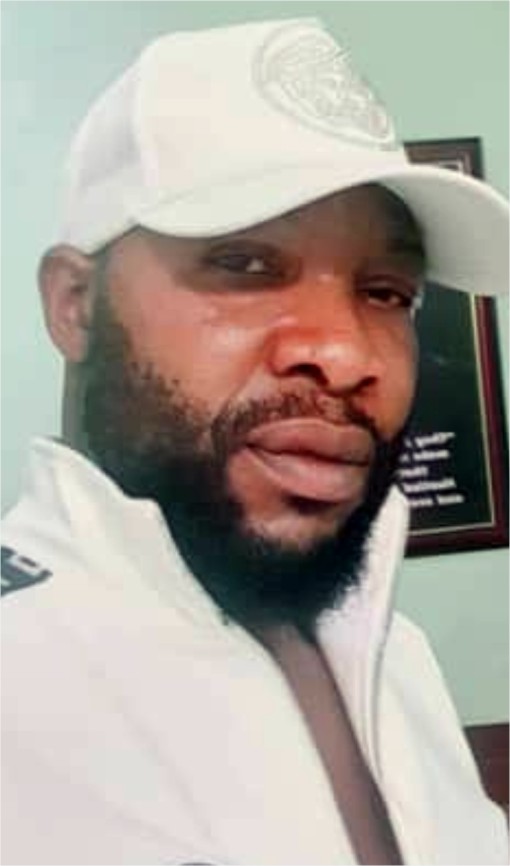 •Father Is A Retired Judge, Uncle Is Bishop OYEDEPO

Lagos NURTW Big Boy, Koko Zaria, hardly grants interviews. He doesn’t talk to the press, but last week, he broke his  silence. He spoke with City People Magazine. The magazine had gone on a visit to his new hotel and Koko Zaria was at hand to host us. He took us round the impressive complex. The 42-room hotel is called Zangarza Hotel & Suites.

It has 26 regular rooms, 2 standard-size rooms and 14 suites. It also has a hall for events that can sit 500 people. It has a standard size swimming pool and a Restaurant, lounge & bar. The finishing touch is superb.

It was after he took us round the complex that he sat down to tell us the story of his life.

He revealed why he took a decision to stick to transport-related business.

Many don’t know that Koko Zaria, whose real name is Alhaji Ganiyu Ayinde Oyedepo from the popular Oyedepo family in Kwara State. Bishop Oyedepo is like an Uncle to him. He also revealed how he and his boss, MC Oluomo, the Lagos NURTW Chairman, became so close, and many more shocking things. For the very 1st time, he revealed how he got the name Zangarza alias Koko Zaria and American boy.

Congratulations on the opening of your new hotel Zangarza Hotel & Suites. How many years did it take you to build it?

It took years. It didn’t just happen in a day. I started building this place 5 years ago. So, it has taken me 5 years, if not more than that. I started by buying the land in plots. I built the hotel on 3 plots. I will buy one plot now and buy another plot later. That was how I put it together the 3 plots. I should have finished work on the construction last year, but I didn’t have enough to complete it. It has not been easy at all.

Those who don’t understand feel I started this year and completed it this year. No. I have been on it for the past 5 years doing it little by little. I started by buying the 1st plot 8 years ago, I didn’t know what I will do with it. Then the owner of the plot next door said he was willing to sell his own, then I bought it. The idea of a hotel now came. I then asked the owner of the next plot to seel to me. They then increased the price once they knew it was a hotel I wanted to build on it. So, it has been a big struggle. I give thanks to God for making me complete it.

Like how many rooms do we have in this hotel?

We have about 45 rooms. We have 28 ready now. Work is still on going, on the remaining rooms. I thank those who supported me like God who made it possible. I give thanks to my mum and dad. Some people have been saying all sorts. Some say he is spending his family’s money. He does not have money. Yes, I have an Uncle who is successful. He is Pastor Oyedepo of Winners. He is living his life. I am living my life. He is pursuing what God has asked him to do. I am following what God has asked me to do. My own is related to Transport business. (Ise Motor). My dad was a respected judge. (Adajo ni won). There is nobody who don’t know him in Kwara State. When I started this job, he was opposed to it. He said his child can not go into Transport business. How can a judge’s son become a transport worker. He is a friend to the first Governor of Kwara State. He was the one who stood as father for me. They were that close.

I am talking about Col. Bamgboye. He was there like a father for me. He convinced my dad to accept me the way I am. He said you can’t abandon or disown this boy because he wanted to go into transport line. He told him to let me do what I want to do. My daddy was angry. He said why would he leave me alone to do what I want to do.

He said he would have wished I go to school and graduate and be a Lawyer.

After much persuation, he accepted and we thank God for what I have been able to achieve in life. It’s been between God & I and also the man God sent to help me, Musiliu Ayinde Omo Akinsanya. He is my Oga. He is also like a benefactor to me. When I was building this hotel and I got to a point where I could no longer continue the construction, he stood solidly behind me and said I should continue.

May the good Lord continue to bless him. That is how it is. I had to struggle myself. And God put a big Amen on my struggles. So many have struggled and God has not said Amen to their prayers. God loves me. And when God loves you there is nothing we human being can do about it.

Once I thank God, my father and mother, the next person I want to thank is Musiliu Ayinde Akinsanya. He is like a small god to me. He knows how to control me. When I want to behave somehow he will control me. I know I am tough and stubborn. I get angry a lot. I am short-fused. Once you offend me I will spark. I don’t usually offend people. I usually stay in my lane. But once you offend me, I will fight back instantly. It is M.C. Oluomo that usually say life is not like that. Life is you win some, you lose some.

I thank my wife also. She is like a mother to me. She is God sent. If you are married to the right person, things will just be going as planned. She has a way of appealing to me. She is educated. That was why when I wanted to marry her, her parents and family members objected. They said how can she want to marry an Agbero. They all said No. Agbero Kee! What they don’t know is that the Agbero of years ago is different from the Agbero of today. If you look at those of us leading the NURTW all over, we are not like the old Agbero. Many of the leaders are educated. They all went to school. If you are not educated you can’t do the job of Secretary.

Since you have been here, have you seen thugs all around here. I am happy you said No. We have gone past that stage. We have Secretary. We have Treasurer now. It is in the olden days that you see cutlass wielding thugs at the garage. We don’t want that again. The regime in place now don’t want that. We have stopped all that. The regime there now is our own regime. I am also a member of the Exco at the state level. I am the Deputy Treasurer of Lagos State NURTW. MC Oluomo is our Oga, our Leader in the state. Oluomo has cleaned up the NURTW operations across the state. No more violence. No more fighting. No more Thuggery. He has effectively stopped all that Thuggery. He has effectively stopped all that Thuggery. Our union is now so organised that if you do what is unlawful the Secretary will send you a letter inviting you for investigation. You will be queried. We have changed all the old ways. We are Ilufewaloye. We don’t have power but God who owns all powers have put Musiliu Ayide as Chairman. And he is doing well. My wife is a good wife. I pray to God to protect her for me. All I am saying is that the lifestyles of the Agbero has improved.

The union we are doing now is Corporate Union.

Everything has Rules & Regulations. We have our Constitution and there are punishments for erring members. These days when people see my behaviour, my dressing and attitude they always wonder if I am truly an Agbero. Things have changed. The job of Agbero has changed.

In the US when people see me they always ask me if I am truly an Agbero. Things have changed. We are no longer the old set of people that people think we are.

Its a long journey. Its a long story. I thank God. All what I am saying to you now, many people don’t understand it that way.

People don’t just understand that some of us have worked hard for our money. They will say some people give us gifts. That we are funded. Some even said I have done juju, money ritual. What I always tell them is that if you say I have done money ritual to have money, you to go and do Ogun osi, (stupid ritual). Me, I know my success story in the Transport business is due to God’s blessings and the man who God has sent to help me. And that is Ayinde Akinsanya. God should continue to bless him for me. He has really been my benefactor.

It Took Me About 5 Years To Build My Hotel – LAGOS NURTW Big Boy, KOKO ZARIA, Opens Up was last modified: December 21st, 2020 by City People

Why We Set Up The First Inter-State Online Riding Service In Nigeria – NationRide CEO, FOLARIN AMOSU

The Many Things I Will Miss About My Husband – Late HARRY AKANDE’s Wife, TOLULOPE