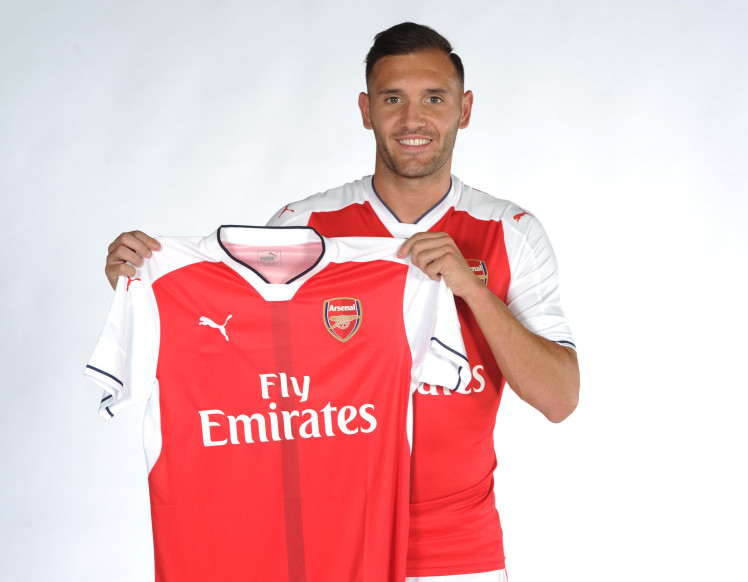 Lucas Mustafi has only been with Arsenal for a short time, however, he has already made a big impression since his arrival from Deportivo la Coruna.
The Spanish forward has been involved in eight goals in his eight Arsenal starts, but he is in no doubt as to his best moment – his hat-trick against Basel.
“I was really happy as that was the first time in my career I was in the starting line up for a Champions League match,” Lucas told Arsenal Player.
“What more can you ask for – to win, to qualify top of the group and to score three goals? I am delighted with how things went and it’s an experience I will remember for a long time.
“It’s a competition that you always want to play in. I’ve dreamt of playing in it and I’ve been able to realise that dream here at Arsenal.
“I’m delighted to have made my Champions League debut, to have made two assists in my first match [against Ludogorets] and scored three goals in the second. I feel really proud to have scored a hat-trick in this competition.”
Lucas is pleased with how quickly he has settled into life in England, and feels it will only help him improve.
“Players are all different, so some take longer to adapt than others,” he said. “It was still quite a change for me to get used to the English league when I moved here from Spain. Everyone needs some time to adjust.
“Now I feel really comfortable and I’ve fitted in well to the team – that’s particularly important for a player.”

I’ve Been Able To Realise My Dream At Arsenal – Lucas Mustafi was last modified: February 7th, 2017 by Damilare Salami