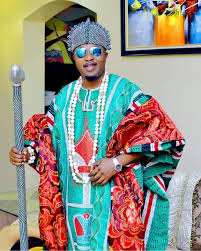 Did you know that Islam came to Iwoland before it hit the North?
The Oluwo of Iwo, His Imperial Majesty, Oba Abdulrasheed Akanbi told City People this in a recent interview. City People magazine had asked him to talk about the significance of Islam to Iwo. And he responded thus: “The significance of Iwo is that it is the only town that when the people that spread Islam from Mali came and they saw it has a Central government, they realised they can use it as a base for Islam. Islam came to Iwoland before it got to the North. Islam came to South West first.”

“They chose Iwo already Because Iwo had a King that had been in place since the 12th Century, and many other lands were being ravaged by war then when the Muslims were coming. They were looking for a leader who had many subjects under him, a leader that can tell his people to embrace Islam. As at that 12th Century, the North didn’t have Kings then. There was no Sultan during that time. The Caliphate started in 19th Century, in 1804. What they saw was when they got to the North they met a people without any central administration and authority.

This was in the 17th Century. Islam came in the 17th Century. They were looking for a place that had central administration. When they got to Oyo, Oyo had been ravaged by war at that time. Do you know that part of the Significance of Iwo is that it has never, ever, been ravaged by war before? Ogun O Ko Iwo ri, Ogun Ko ja ja ja, ko ja Iwo ri because Iwo is ordained by God. Iwo is different. At that time, Oyo, Ife, Ilesha, Ibadan were all ravaged by war, Iwo has never been ravaged. Because of the peaceful nature of Iwo, then Iwo had a crown that is from the source Iwo was the place to be. Even in Ife then, there was war. It is in history. The story of Ogedengbe, the warrior that was at the centre of Ijesha/Ife war. Oyo broke up so many times. Iwo was the only town with no war.

And we had an Oba in place in Iwo, not Baale ooo. I mean Oba. We never had Baale like other towns. We were never relegated”. City People discovered that the people are primarily of Yoruba descent, and were of African Traditional Religion until Islamic missionaries came and converted many of them to Islam. The Christian missionaries soon followed and with evangelism, both direct and through established secular schools converted many to Christianity.

Iwo people are, presently, a mixture of the 3 religions, with a higher population of Muslims than Christians, and still fewer traditionalists. Every one is living happily and harmoniously with one another, and usually joining the other in celebration of major religious festivities as every extended family has members in each religion.

The immediate former King, Oluwo, Oba AbimbolaOgundapo II was originally a Christian, but the then, Oba AshiruTadese a Muslim and a teacher were, in their individual rights, fathers to all in the ancient City.