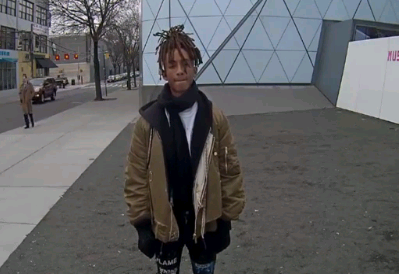 Protests have taken on many forms from the Women’s Marches across the country to celebrities like Jaden Smith, who decided to protest in an exceptional way.

According to reports, the son of Will stood still for seven hours outside the The Museum of Moving Image in NY.

Soon after the video begins, the 18-year old begins repeating “He Will Not Divide Us,” the motto of a new movement at hewillnotdivideus.us.

The protest has gotten mixed reviews from commenters and others on social media, some in support and others rejecting the manner of protest Smith has adopted. Watch video below…