HOW JIM OVIA REMAINS IN THE ICT WORLD 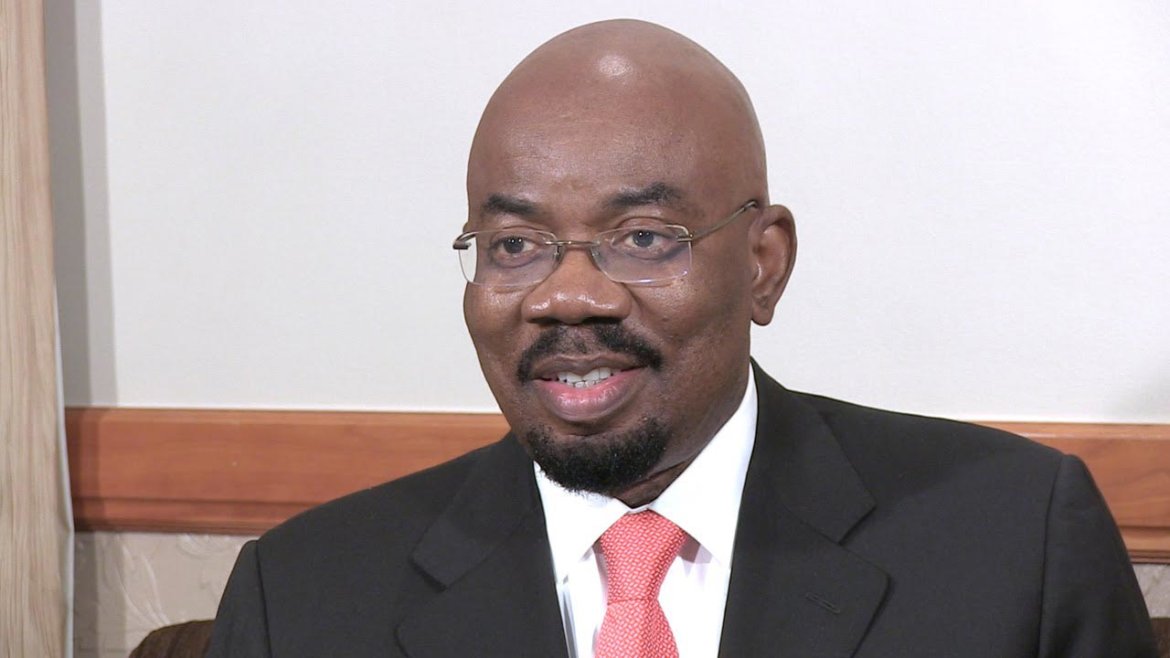 He is The Founder of Cyberspace Ltd
Consummate Banker, Mr Jim Ovia is the proud founder of Zenith Bank Nigeria Plc, he has also in the last few years been made a lot of inroads into the world of real estate with his investments in properties, especially along the Ozumba Mbadiwe-Lekki Expressway axis of Lagos state. However, there is an industry the Delta State-born technocrat holds dear to his heart as a hubby and that is Information Technology.
Mr Ovia has been tagging along in the industry for as long as the industry has been growing in the country, even while actively running Zenith Bank as the Managing Director. Consequently, he somewhat quietly founded Cyberspace Ltd as Information Technology solutions outfit.
In fact, it was when the internet was still at it infancy that he founded that company over 20 years ago. He was able to see the future of the industry when few business people were not even thinking along that line.
As a mark of the drive he has for Information Technology, he was also the first President of The Nigeria Internet Group (NIG). He has also been involved in various ICT projects across the country. He established ICT Foundation for Youth Empowerment but it was not until the Central Bank of Nigeria implemented a policy that put paid to his tenure as the Managing Director of Zenith Bank that he finally delved into the day to day running of a telecommunications company.
Those who were conversant with his strides in the industry even while he was the Managing Director at Zenith Bank knew that it would only be a matter of time before Mr Ovia would establish a fully fledged telecommunications company. He finally took that step 10 years ago when he bought over Cell Communications Ltd from Chief Patrick Chidolue and re-christened it Visafone. He later mopped up some other small regional operators around the country in order to have a truly national telecommunications operator.
Hence, by the time the Central Bank of Nigeria forced him into retirement with the policy that stipulated a maximum of not more than 10 years as Managing Director of a bank for any individual; he had somewhere to fall back to. And he came home to his beloved industry.
Though Mr Ovia chose the official nomenclature of “Founder, Visafone” at that time,  according to his lieutenants, he was the Chairman of the company.  He left Zenith bank and began to take part in the day-to-day running of Visafone. This he did, after he took up an office at the Stallion building headquarters of Visafone along Ajose Adeogum Street in Victoria Island.
He instantly became an excellent micro-manager and was so grounded in the affairs of the industry that the substantive Managing Director was kept on his toes. Meanwhile, he began to cultivate a one-on-one relationship with almost very staff and kept things in perspective.
Though Visafone was a Code Division Multiple Access (CDMA) which makes expansion very expensive and with a few other limitations in terms of services, Mr Ovia aggressively competed with the GSM operators and posited that limitations were things of the mind. In fact, Visafone found its way around all those limitations and operated as more or less a GSM company.
It became popular for its data prowess and became the only surviving CDMA operator. At this point, MTN Nigeria came to Mr Ovia with an offer he could not resist and as a discerning businessman who must have seen that there might not be a future for a CDMA operator in Nigeria,  he off loaded Visafone to MTN and went home.
However, with Visafone no longer around to manage, Mr Ovia fell back to Cyberspace Ltd. The company which hitherto had been catering to corporate clients was reengineered and re-launched for the retail market and hence Mr Ovia able to remain the realm of ICT, and industry he love very well. Cyberspace is currently taking a pride of place as one of the leading Internet Service Providers (ISP) in the country.
Cyberspace Ltd has a Managing Director and Mr Jim Ovia is yet to setup an office at the Saka Tinubu Street headquarters of the company but he is overseeing the running of the country. For Mr Ovia, banking and real estate may be business and opportunities but telecommunications and Information Technology is a passion.
It is pertinent to note that Proprietor of the University of Information and Communication Technology, Delta State; Chairman of the Nigerian Software Development Initiative (NSDI) and Chairman, National Information Technology Advisory Council (NITAC) . He is also part of the Digital Bridge Institute
HOW JIM OVIA REMAINS IN THE ICT WORLD was last modified: December 13th, 2017 by Kelechi Okorie