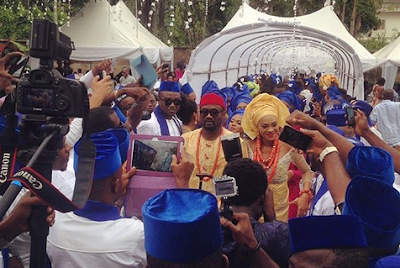 The Okoye’s (Jude and wife) are today celebrating their 4th wedding anniversary. Jude took to IG to celebrate his wife posting the above pic with the caption;

His wife is yet to make any post about their anniversary and it seems she won’t, but commented under her husband’s post. Ifeoma has been using her page for more of business lately. She owns the ‘The Painted Nail’ and has been using the platform to give her business more exposure.
Jude Okoye Celebrates 4th Wedding Anniversary was last modified: July 17th, 2018 by Reporter

Adamu Ciroma – In His Own Words (1) By Eric Teniola