Just In: Court Orders Release Of 30 Protesters On Bail 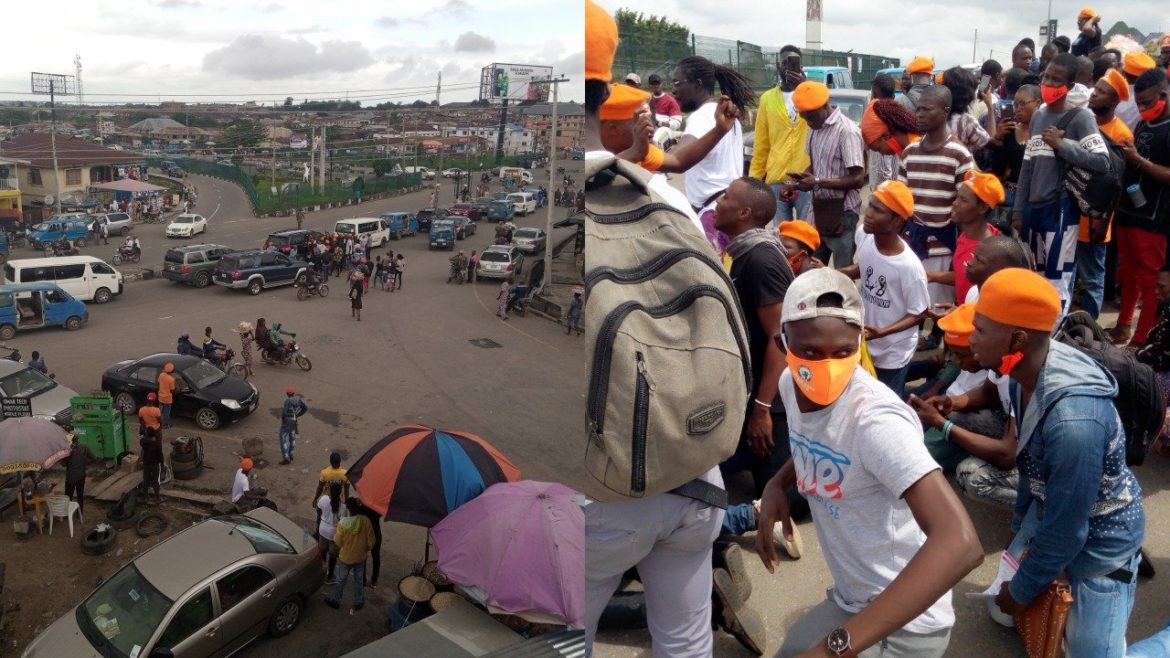 The protesters were part of those that took to the streets under the aegis of the #RevolutionNow to express their anger against bad governance, economic hardship and the recent increase in petrol price and electricity tariff.

To effect their release, the protesters were asked to provide surety and sum of N50,000 as part of their bail bonds, according to Stanley Imhanruor (Esq), legal representative of the arrested protesters, who spoke with SaharaReporters.

He said, “The magistrate granted the 30 of them bail and asked them to pay the sum of N50,000, N10,000 to be paid to the registrar of the court, and also a civil servant who has a tax clearance.”

Some of the protesters arrested were picked by the police at bus stations while some were dragged down from buses transporting them home.

Policemen while carrying out the act also assaulted members of the press.

A PUNCH journalist, Olukayode Jaiyeola, was brutalised while covering the protest in Lagos.

The journalist was recording the arrest and assault on peaceful protesters when the police pounced on him and broke his head.

The Commissioner of Police in Lagos, Hakeem Odumosu, has since apologised for the attack on the journalist while the policeman that attacked him is said to be in custody and facing an orderly room trial for his conduct.

READ ALSO: JUST IN: FG REOPENS ALL SCHOOLS IN NIGERIA