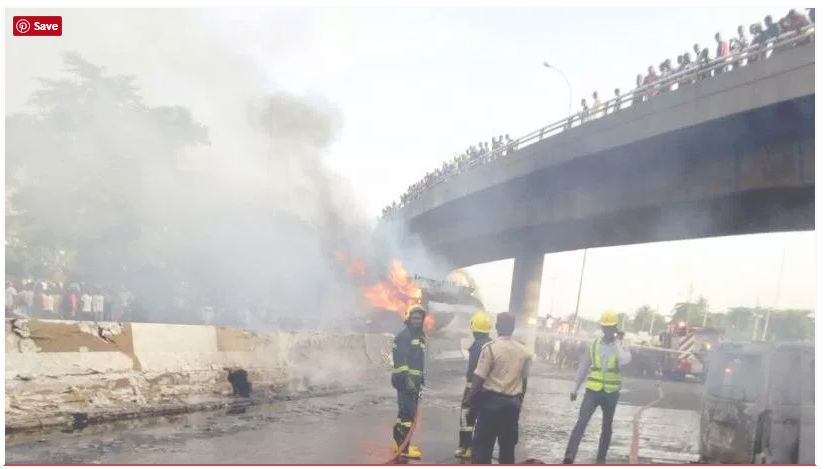 A 33,000 litres tanker fully laden with diesel has crashed on a car in Lagos, leading to a fire outbreak.

The incident led to spillage of the entire content(diesel, thereby leading to an inferno.

“No lives lost”, an official of Lagos emergency agency said when contacted.

“Recovery operation ongoing by the men of the Lagos State Fire Service and LASEMA Response Team,” the official added.

Such an occurrence is common in Lagos and often causes a very long traffic jam.

Comedian Cute Abiola is not missing –...