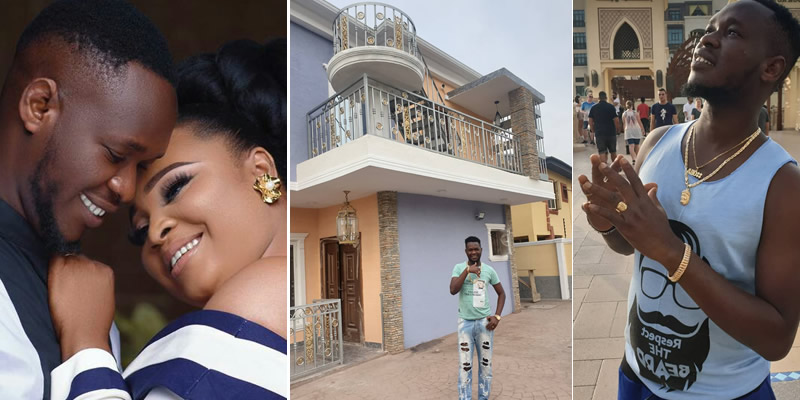 Top Yoruba movie director and producer, Okiki Afolayan just gifted himself a multi-million naira mansion five months after he got married to his wife, Abimbola Ogunnowo.

The 2 bedroom duplex which also houses a bar, is located at one of the expensive estates in Arepo area of Ogun State, sources revealed.

Okiki and his wife, who couldn’t contain their joy took to the social media to share photos of the beautiful apartment.

Sources close to the family revealed that the Kwara State-born movie boss, who was once a cow meat seller at Mami market in Mushin Area of Lagos State, laid the foundation of his now completed home on his 2017 birthday, and he spent over 80 million Naira to fix the duplex in good shape. Okiki and his wife are planning to move into the new house in the first week of April 2019.