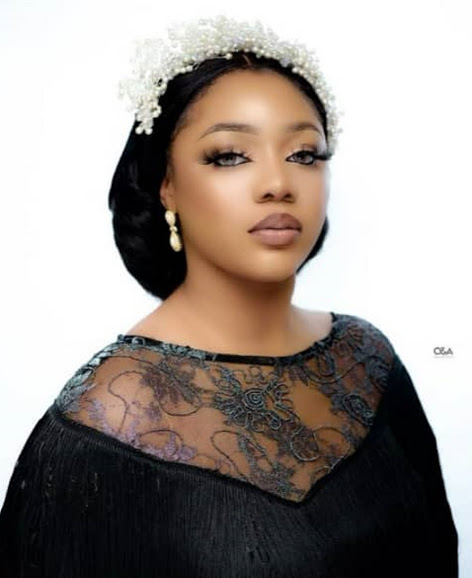 MIWA is a big name in the Kayanmata business.She is Nigeria’s No 1 Sex Therapist. Call her a premium Aphrodisiac expert and you will still be right.

She is young. She’s pretty. She is Stylish and she is blessed with a nice voice which will make you to keep listening to what she has to say.

The big news is that, a few days back, this cute and adorable babe shut down the city of Ilorin when she hosted a galaxy of women who gathered for the Season 3 of her Women Fair, which she holds annually.

This years, is the biggest fair she has had in Ilorin. It took place at the Atlantic Event Palace (Roemich Hall).Take off time was 10am.It was a big party as promised by MIWA. Weeks before the ILORIN party Miwa had promised her customers a swell time. Trust this Ilorin babe, she delivered on her promise.

She called the event the empowerment of Women and the Girl Child. She distributed sanitary pads for the Girl Child, over 5,000 of them in Kwara. She gave out up to 70 percent discount on all purchases of her products. It was truly a gathering of women who came from not only Ilorin, but from nearby towns like Ogbomosho, Osogbo, Ekiti, Ondo and Ile Ife.

It was a long list. All the women had fun. She empowered 10 women and helped many girl child. With the successful hosting of the Ilorin fair, she is going to Lagos next. She will also host the women in Abuja, Benin, Port Harcourt and Ghana.

She says the Lagos hosting will be even more grand than Ilorin. She has divided that of Lagos into 2. It will be held in Lekki and lkeja. It’s going to be premium products at Affordable prices, she says. She had to split Lagos Fair into 2 because of the huge crowd last year. It was held at Radisson Blu, Ikeja. The crowd was massive. She took 2 halls because the crowd was huge. But the 2 halls were not enough. So, this year she is going for the biggest event halls in Lagos. The Miwa Fair for her Lagos lsland fans and customers will hold on December 19 and the party for Lagos Mainland will follow the next day December 20th.

Why is she doing all these, you may ask?

“Our aim is to build every woman’s Confidence sexually and financially”, she recently explained. She has a huge followership across Africa and the world. They are mainly women. She calls them MIWA’s Women.

She recently explained the concept of holding her annual fairs. “It’s a party themed fair, where my clients get to sit comfortably in Banquet setting and party. No video. No pictures of Clients faces and Confidentiality is important to me.

Fair for me is a way of appreciating my clients. Financially, it’s our way of Giving.”

“You aren’t just coming to shop, you are coming to party and have fun with other women” she told Ilorin women days to the party

Why Many Celebrity Ladies Don’t Joke with Kayanmata goddess, MIWA