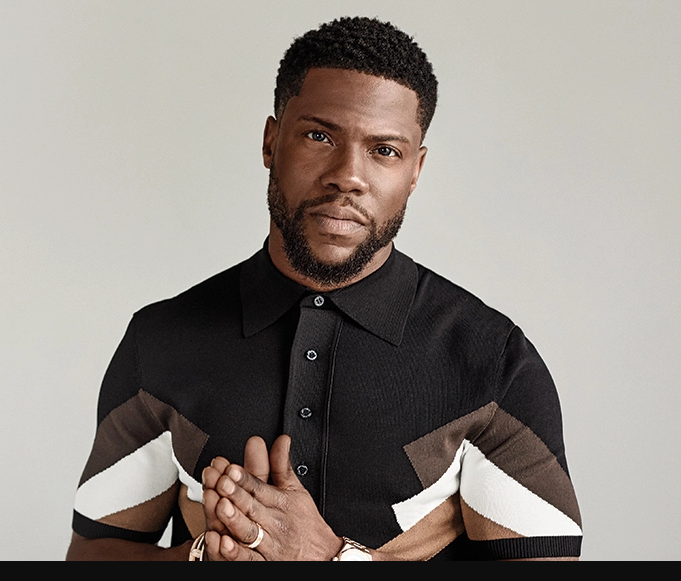 American comedian and actor, Kevin Hart, is most likely going to host the upcoming Academy Awards despite stepping down last year after he received backlash over old controversial homophobic jokes he posted on Twitter.

The 38-year-old recently made an appearance on Ellen DeGeneres show and spoke about the situation and why he decided to step down from hosting the Oscars.

‘To be put in a position where I was given an ultimatum—’Kevin, apologize or we’re going to have to find another host’—when I was given that ultimatum, this is now becoming like a cloud. What was once the brightest star and brightest light ever just got real dark.’

‘The Oscars is no longer about Kevin Hart stepping on that stage and taking an intense night where people are so uptight and making it loose and fun; that’s my reason for doing it. I’m going to bring fun to the Oscars. I’m going to make the Oscars fun. Now, all of a sudden, it’s a little darker, because the conversation is about me hosting the Oscars. The conversation is about Kevin Hart’s tweets from 10 years ago and homophobia. I don’t want to step on that stage and make that night about me and my past when you have people that have worked hard to step on that stage for the first time and receive an award. ‘

‘I’m now taking away from all those moments because the night is focused on something else now. That’s how I see it! Because I saw it like that, I said I would much rather step down and apologize again—while stepping down.’

‘Once again, I’m sorry if these words hurt. I’m sorry!’ But either my apology is accepted or it isn’t. Either I can move forward, or I can’t. But you can’t grow as a person without mistakes.’

He also explained further, ‘ There’s a flip side. On my side, openly I say, ‘I’m wrong for my past words.’ I said it. I understand that. I know that. My kids know when their dad messes up, I’m in front of it because I want to be an example, so they know what to do. In this case, it’s tough for me—because it was an attack. This wasn’t an accident. This wasn’t a coincidence. It wasn’t a coincidence that the day after I received the job that tweets just somehow manifested from 2008. ‘

DeGeneres then revealed that she called the Academy to speak with them because she wants Hart to host.

‘I called them, I said, ‘Kevin’s on, I have no idea if he wants to come back and host, but what are your thoughts?’ And they were like, ‘Oh my God, we want him to host! We feel like that maybe he misunderstood or it was handled wrong. Maybe we said the wrong thing but we want him to host. Whatever we can do we would be thrilled. And he should host the Oscars.’

Genevieve Nnaji Reveals Why She Went Into Film Production