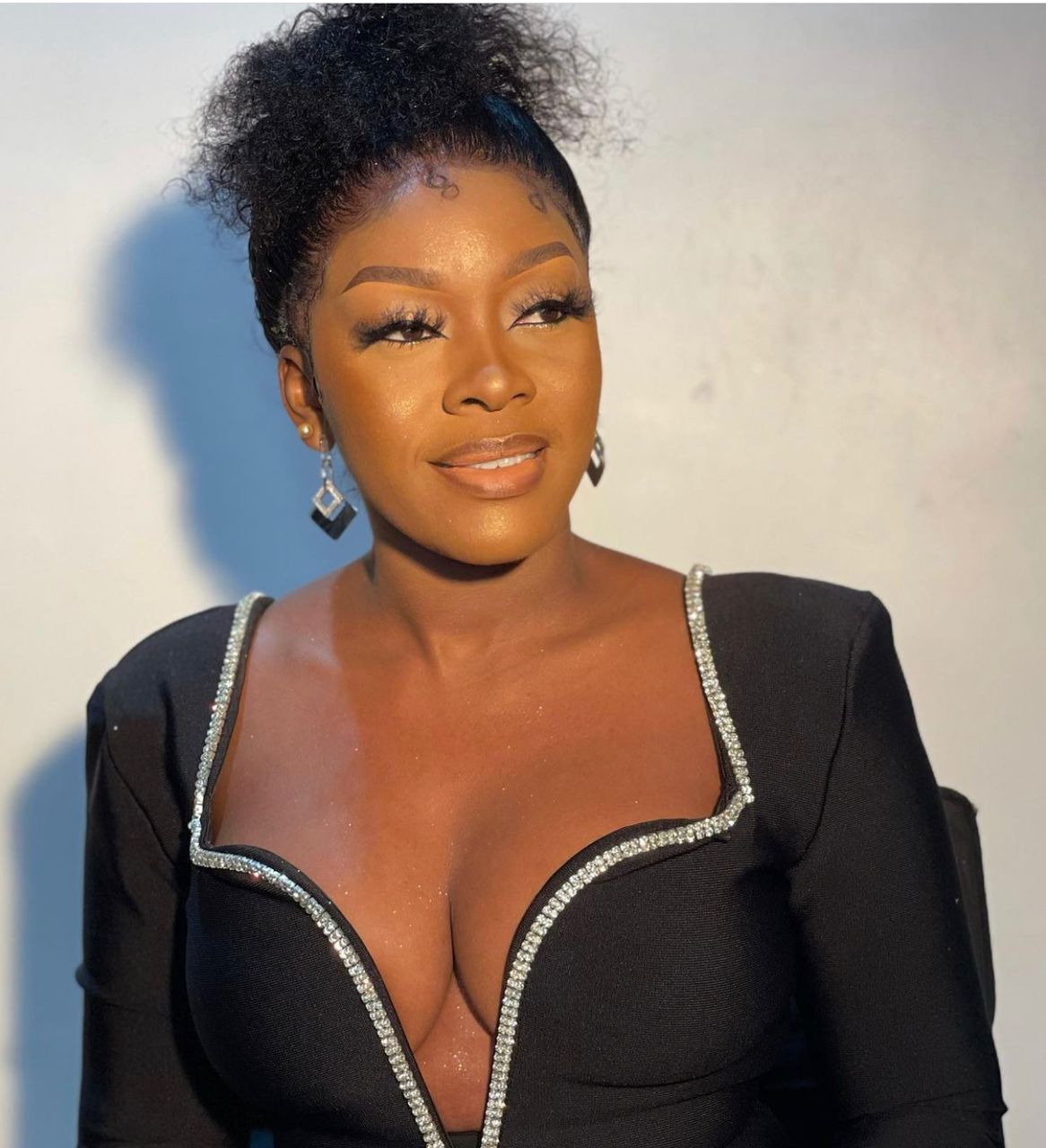 Nollywood Actress, Kiitan Bukola Clears Air On Husband-Snatching AllegationThe social media space was agog with the news of top Nollywood actress, Oloruntimilehin Oluwabukola, popularly known as Kiitan Bukola after she was accused of sleeping with a married man.

Controversial Instagram blogger, had posted a story about the actress having secret affair with one Mr Orlando, who has also “been reported to be funding her lifestyle”.The actress who recently celebrated her movie premiere has debunked the story as unfounded, slanderous and a deliberate attempt to malign her integrity by mere faceless sources.Kiitan who spoke to newsmen on Thursday, 20 January 2022, advised the public to ignore whatever fabricated story, emanate from social media about her or anyone, when sources cannot prove beyond reasonable doubts, by facts or figures.

Some social media bloggers only take absolute delight in messing up people’s minds for the purpose of extending the web of schism they established on falsehood. She added that she has contacted the said Mr Orlando’s wife, who had equally absolved her of all the false allegations after facts were presented before her.In her account, she has never met or spoken with the purported Mr Orlando, let alone have an affair with him. She added that she only saw the man walking past behind a short video she did with her senior colleague in the movie industry, Iyabo Ojo.

Painting a picture of what actually happened, she said: “All the allegation is false and it’s really painful to hear stories like this. Actually, I remember there was a period a senior colleague of mine Iyabo Ojo had her birthday at Fespris lounge, I was there with a friend and while partying, she made a video of me and Aunty Iyabo dancing.

“Then the following morning I posted the video on my IG page then someone commented on my page and called me Olosho. She didn’t stop at that, she tagged a lady and wrote,

“See the person sleeping with your husband. She equally tagged a lot of people, and I was really confused about everything so I went to the woman’s page and realized she is not someone I know.“I checked the man’s page too, he is not a familiar face too then I went back to the video I posted, and then it dawned on me that the man walked behind us while doing the video so I realized because he was seen in the video that was why she concluded I was sleeping with him. Immediately I removed the video from my page to avoid more wahala.

“So I moved on since I don’t have any skeleton in my cupboard. I was surprised when someone tagged me recently on gislover post so I checked the post myself and I was like God, someone that I don’t even know in person, how will he now sponsor my event?.“Before I produced my movie, I already have money for the production and the premiere. I took my time to do everything, normally I don’t do parties, and it’s not really my thing so it took me time to make up my mind.“I was really pissed with the whole story, if it was something I actually did then I won’t be bothered, I will conclude that since I put myself in the mess, then I should pay for it.“

This particular story is not true. This man didn’t sponsor anything I did, am not dating him so I don’t know where all these are coming from.“I even had to reach out to Aunty Iyabo to ask if he knows the man, she was surprised with the whole story too. I equally reached out to my brother in the U.S who said he knows the wife in question, she put us both on a conference call, she explained her own side of the story on how people kept tagging her saying I’m dating her husband, also that she didn’t send it to gistlover blog and doesn’t even have an idea of how the story came up. She also said she checked my page and realized I don’t even like his post or something and concluded there must be a mix up somewhere and nothing attached.“I swear with God Almighty that I don’t have any connection with this man, if I do I won’t be bothered.

I went to Fespris lounge with my friend Bella and from there we went to 234 Lounge then from there I went to Quilox to meet my brother and from there I went home straight. I have videos to back all these“I hereby state categorically that the story is false in its entirety. I am not in any way involved with the said Mr Orlando “It remains unthinkable why my name is being dragged into a matter which I know nothing about. I will rather advise social media users not to believe all the false information that is being thrown around by faceless bloggers who only find delight in pulling innocent people down.”, she stated.

Next Lagos Governor should be a woman- Oyefusi

Regina Daniel: They used police to bully, arrest me – Jaruma