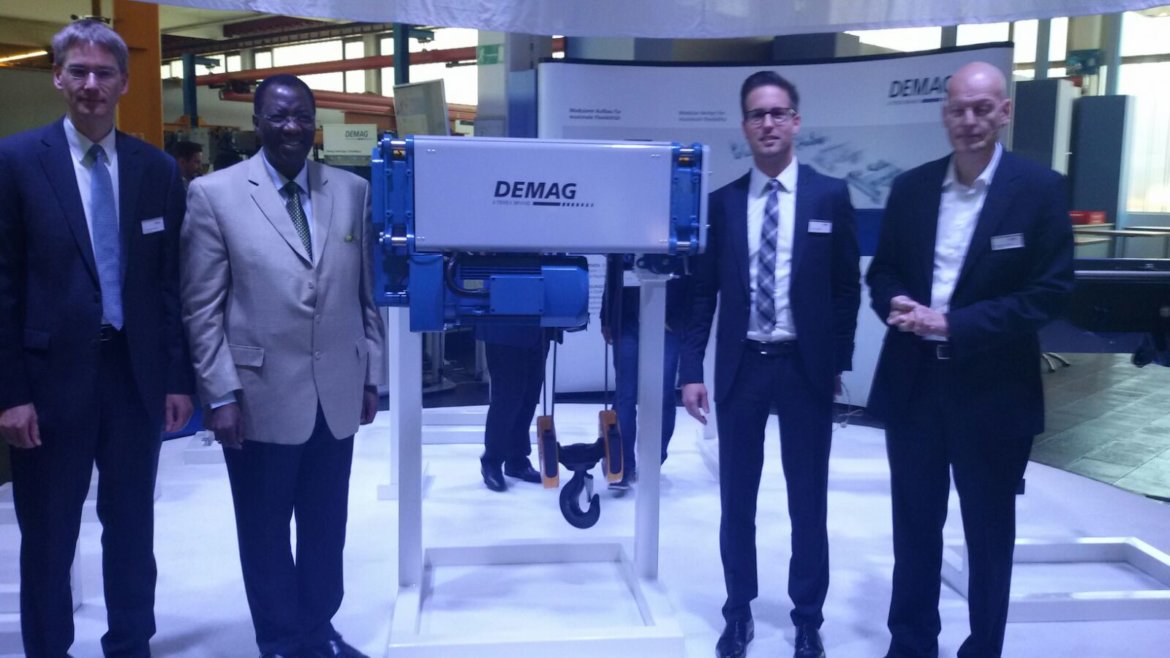 Last Thursday, 15th June, 2017, at Radisson Blue Hotel, Lagos the board and management of Kresta Laurel Limited hosted 3 of its expatriate partners. It was a classy cocktail in honour of Douglas Pye of Kone Elevators, Finland; Nasyr Jakypbek of Kone Elevators, Finland and Brian Greenaway, the new MD of KLL Construction Limited, Nigeria, a sister company  of Kresta Laurel, Ltd).

Former Ogun State governor,  Otunba (Engr) Gbenga Daniel was the Chief Host. He is the founder & Chairman of Kresta Laurel Limited, which celebrated its 25th anniversary last year. Kresta Laurel which is the only ISO certified lift company in Nigeria is the biggest partner of KONE Elevators in Nigeria. Kone is a global leader in the elevator and escalator industry.

Douglas Pye, who was visiting Nigeria for the first time explained how big Kone Elevators is globally and why Kresta Laurel is important to its operations in Africa. He explained that Kone  Elevators is in high demand globally and gave statistics to back up his claims, like how, between 400-500 orders are made daily, all over the world. He said 450 units are delivered daily, globally and over 1.1. million units are in service all over the world. He said Kone has representatives in close to 140 countries. He explained that Nigeria is one of its major partners and Kone supports its distributors by providing training and support to help maintain high quality.

Also at the event was Finland Ambassador to Nigeria, Her Excellency, Pirso Suomela-Choudhury who spoke about Nigeria-Finland relationship. The Ambassador who said she has been in Nigeria for the past 3 years and still has 1 more year to go said she has fallen in love with Nigeria. She said she was at the event because of Kone Elevators which is a big brand from her country, Finland and because of the importance of Otunba Gbenga Daniel to Finland.  “He is an important man for   Finland in Nigeria, “ she remarked. “I am here to support Kone Elevators which is a  product of Finland, my country. Kone lift is of world class technology. Part of my job is to encourage Finlands interest in Nigeria. I am to encourage Trade & Economic relations between Finland & Nigeria. She revealed that the year 2017 is a very important year for Finland. We are 100 years this year we got our in dependence in 1917. So our Centenary Anniversary is  this year.

The MD of the company, Engr. Dideolu Falobi anchored the event. During the course of the event, he called on a few people to talk about their impressions of Kresta Laurel.

The first person was big businessman, Chief Kessington Adebutu, popularly called Buba Ijebu. He spoke about how he became a customer and big fan of Kresta Laurel. He attested to the high quality of Kone Elevators. He says he has had Kone Elevators installed at his Iperu remo country home and at his new hotel in Abeokuta. And added that they are working well.

Igbuan Okaisabor, the VC/CEO of Construction Kaiser Ltd also spoke. He descibed Kresta Laurel as a company that has Integrity. He explained how last year they paid for the services of Kresta Laurel and how due to the change in dollar rate, Kresta Laurel had to bear a huge loss but despite that still delivered on their products.

Sir Olu Okeowo, the Chairman of GIBRALTAR Construction also spoke. He went back memory lane, how his late dad loved OGD, who used to work closely with his dad.  He said “I have known OGD from the 70s when he used  to work with my dad. Far back then, I noticed the spirit of resilience in OGD. He is a born fabricator”.

Engineer Ogunde, of UNECON Associates also spoke  and commended Kresta Laurel. He confirmed that Kone Elevator is in high demand because of its good quality. Chief Kayode Moradeyo, the ED of Kresta Laurel wrapped up the session with the Vote of Thanks. OGDs wife, Yeye Olufunke Daniel dazzled the guests with her great look. She wore a black evening gown that was the cynosure of all eyes. Her look-alike daughter was in attendance. Aare Kola Oyefeso, a big businessman was there also.

It was an evening of Architects, Engineers and Construction people mingling.