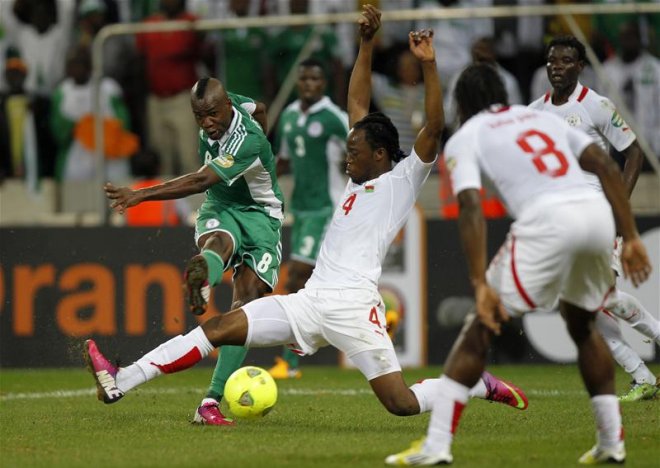 The international friendly match between Nigeria and Burkina Faso in London on Monday has been called off.

Reports say that the matched was cancelled because seven of the Burkinabe players were unable to secure visas to Britain.

“The match in question is called off due to no fault of either the organisers or the Nigeria Football Federation (NFF),” said NFF technical committee chairman Chris Green.

“The Burkinabe Football Federation on Friday telephoned the match organisers to say some of their players and officials were unable to secure entry visas into the United Kingdom and therefore would not be able to honour the match.”

The match was scheduled for Barnet’s Hive Stadium where Nigeria and Senegal drew 1-1 in another friendly on Thursday.

Both countries were using the game to prepare for the start of the 2019 African Nations Cup qualifiers in June and the resumption of the 2018 World Cup qualifying competition in August.