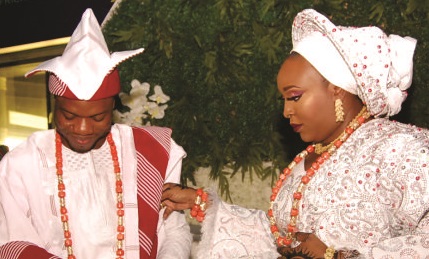 The Landmark Event Centre was filled to the brim, as important dignitaries from different parts of Nigeria stormed the wedding. Some of those who came were politicians, celebrities, CEOs, society women, Traditional leaders and other well-meaning Nigerians.

The wedding ‘ritual’ lived up to its expectations as over one thousand guests grace the occasion reports ISAAC ABIMBADE.

ABOUT THE GROOM AND BRIDE’S PARENTS

While the bride’s father, Chief (Hon.) Adewale Taiwo Olatunji was the former Clerk of the Lagos State House of Assembly under former Speaker of Lagos House, Hon. Ikuforiji and bride’s mother, Mrs. Olanrewaju Olatunji is the immediate elder sister of Oloori Kemi Adetona, the wife of the Awujale of Ijebuland, Oba Sikiru Adetona.

The beautiful bride, Simisola Adebusola Khadijah works with Inland Revenue in Lagos and that shows from the wedding they had, as many of her colleagues grace the occasion, whilst her handsome husband, Prince Babatunde Abdul-Azeez, who is a Lagos Big Boy works at Nigeria Social Insurance Trust Fund (NSITF).

DRESS CODE AT THE WEDDING WAS PERFECT

The dress code chosen for the wedding were two; bride’s family dazzled in peach on peach, whilst the groom’s family rocked in aqua green on aqua green. The hall where the traditional wedding took place in the morning was beautiful designed to match the colours chosen for the two families.

TRADITIONAL WEDDING STARTED AT 9AM

The Traditional wedding started at 9am. It started with a Prayer and Introduction between the two families were said shortly after, the MC ordered the groom family to danced closely to the bride’s family and they both did. This gesture was reciprocated by the bride’s parents as they willingly surrender and officially told the bride’s parents that they were in full support of their daughter marrying their son. Letters were exchanged between the two families and that signifies acceptance. Olabisi Sekinat was the lady that read the letter. This was rounded up with a royal blessing from the Oba Tijani, HRM Oba Tijani, Ojomu of Ajiran land.

This was done in a colourful way, as groom, Prince Babatunde was asked to come in to join those who came to felicitate with him and also begin the celebration in proper. He was well dressed in Aso-Oke Agbada outfit with a fitted cap, accompanied by his friends who were all dressed to ‘kill’. They were ushered in with drums and songs.

Whilst the bride had a similar reception, she was also surrounded when she was called in. She was accompanied by her family and friends. She was beautifully dressed and clad in a white outfit. The outfit was embellished with white stones. 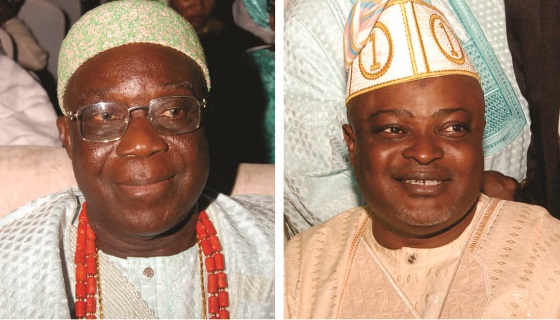 The second part of the wedding was Nikkai, this was led by the great Islamic cleric, Sheikh Zakariyah, who is one of the top clerics in the state. He defined marriage as mutual consent between a woman and man who are capable of entering a contract. He advised the new couple to be of good characters to each other. He advised on how and what they need to do in other to sustain their marriage.

The absence of Oba Oniru, HRM, Oba Abiodun Oniru was not felt, as his son filled the void. The Aremo Oniru was present from the start to finish. He was in a light blue outfit. The crown Prince was in his usual habit, he was everywhere making sure dignitaries were well attended to and they also enjoy themselves. He was the man who presented the marriage certificate to the bride’s groom and that marks the end of Nikkai. 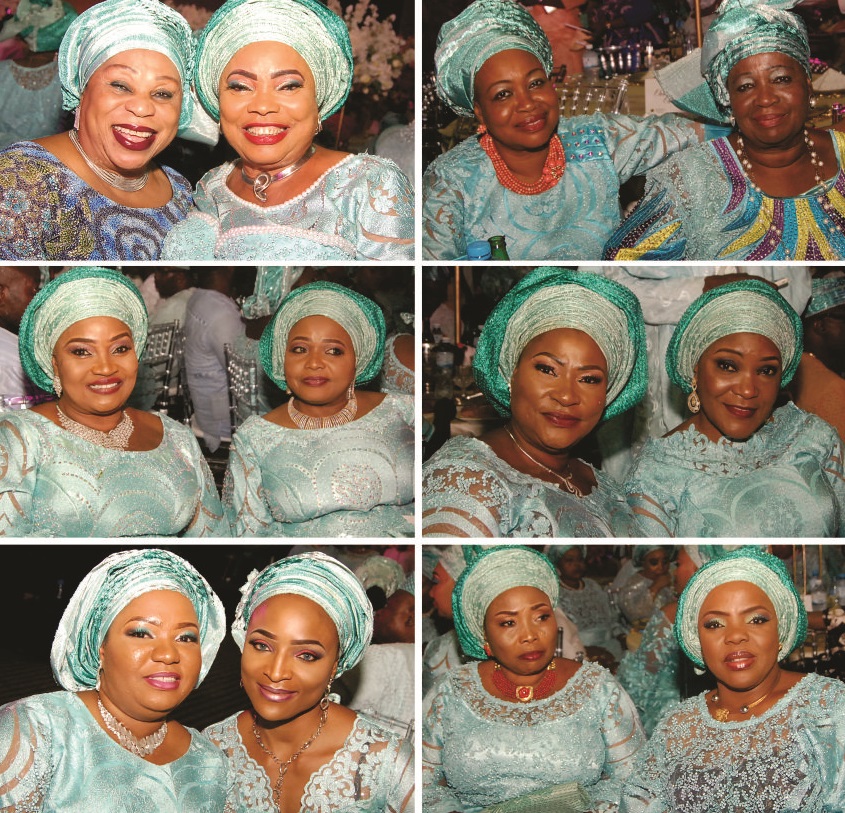 MC WAS ON POINT

The MC of the day, Alhaja Sukurat Titilayo Onitiri, she did a very good job.

THE RECEPTION ACCOMODATED OVER 1,000 GUESTS

The reception was a very big place; it accomodated over one thousand guests. The hall which was designed with gold colour was divided into two parts, one side had the groom’s family and the other side the bride’s family.

Chief (Mrs.) Olufunmilayo Daramola, the beautiful mother of the groom was everywhere. The beautiful woman stole the show! She was clad in a beautiful outfit, aso-oke. Her dressing got many eyes turned and she also ensured everyone were well catered for.

It was very obvious the party lived up to its billings, the moment the King Sunny Ade climbed stage, every nook and cranny of the hall was illuminated by the beats of the legend. His style of music cut across both the young and old.

Some of the high personalities attended the ceremony are; Adeyemi Ikuforiji who was the former and longest Lagos State Speaker. He was in white Agbada outfit. Senator Gbenga Ashafa also came; he was well received by friends and he made sure he came early. Another person that stole the show was the former Deputy Governor of Lagos State, Femi Pedro. He He was beautifully clad in a white Agbada. Also present was the current Speaker of Lagos State, Mudashiru Obasa; He is very close to the bride’s father and he was present with some of his colleagues. Also present are; Nollywood stars, RMD, Oba Owolabi Adeniyi (Osisabe of Isabe), Island Club Members, Dosunmu of Lagos, (Oba Akinsuju).