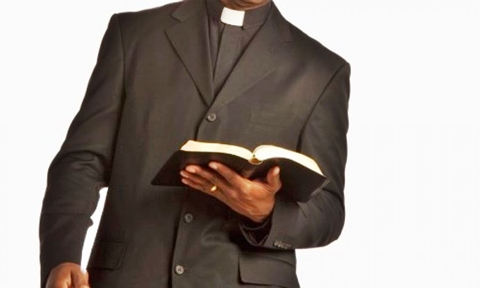 A 16-years old girl is lying critically ill with heavy bleeding coming from her private part after she was induced with a fourth abortion by a minister at Christ Embassy Church in Lagos.

Rev. Sunday Olisa who is a pastor of the Believers Love World Ministry popularly known as Christ Embassy Church, is currently trouble after being accused of alleged s*xual molestation of his 16-year-old housemaid which resulted in four pregnancies and abortions.
According to a report by P.M Express, the 16-years old orphan victim is lying critically ill with heavy bleeding coming from her private after she was induced with uncompleted abortion by his benefactor who is a minister at Christ Embassy Church Egbe branch in Lagos.
It was gathered that the incident happened at No. 6 Dolamo Street in Agodo Egbe in Ikotun area of Lagos where the pastor reside with the victim and family.
The operatives of the Nigerian Police at Area M Idimu Command, have already started manhunt for the cleric after he reportedly escaped mob action from the residents over the incident.
While speaking with a correspondent, the teenage victim who is in a hospital bed, narrated her ordeal and how he started living with Olisa through her uncle, George Aguba.
She said her Mother was from Mali and married her father who was from Kwale in Delta State, adding that they were three sibling and their parents died when she was 10 and their uncle decided to take them back to Kwale before Olisa offered to assist and took her to his house.
She said ”when i was 10, Olisa will call me inside his bedroom where nobody was around and drugged me and r*ped me severally”.
She said it had continued and when she attempted to report to the leaders of the church, they shut her up and told her to endure and not complain because Olisa was sponsoring her education.
The victim revealed further that Olisa have taken her to different hospitals whenever he impregnated her for abortions and it has been like for the past six years, adding that she was frustrated and her movement regimented and was not allowed to meet her relations including her uncle, George.
On why she was in the hospital, the helpless victim said Olisa impregnated her and wanted to cover it up and took her to a doctor where they carried out an abortion and brought her home.
She said after the abortion which was the 4th, she started having heavy bleed and she became afraid and came out from and street and raised alarm before she collapsed and taken to a Hospital where the doctors have been battling to save her life.
She said the doctor said the abortion was not completed which caused the heavy bleeding coming from her private, adding that she does not know her fate if she will survive and discharged from the Hospital because he has no contact again with his uncle who did not know what she was passing through.
When a reporter went to the resident where Olisa lives, the residents confirmed the incident and rained curses on Olisa.
As at the time of filing this report, there is no officials response from the Church, but some of the members expressed shock over the matter and was helping the police in their investigations.
Lagos Christ Embassy Pastor in Four Pregnancies, Abortions Mess With His 16-year-old Housemaid was last modified: May 24th, 2017 by Arinze Ago