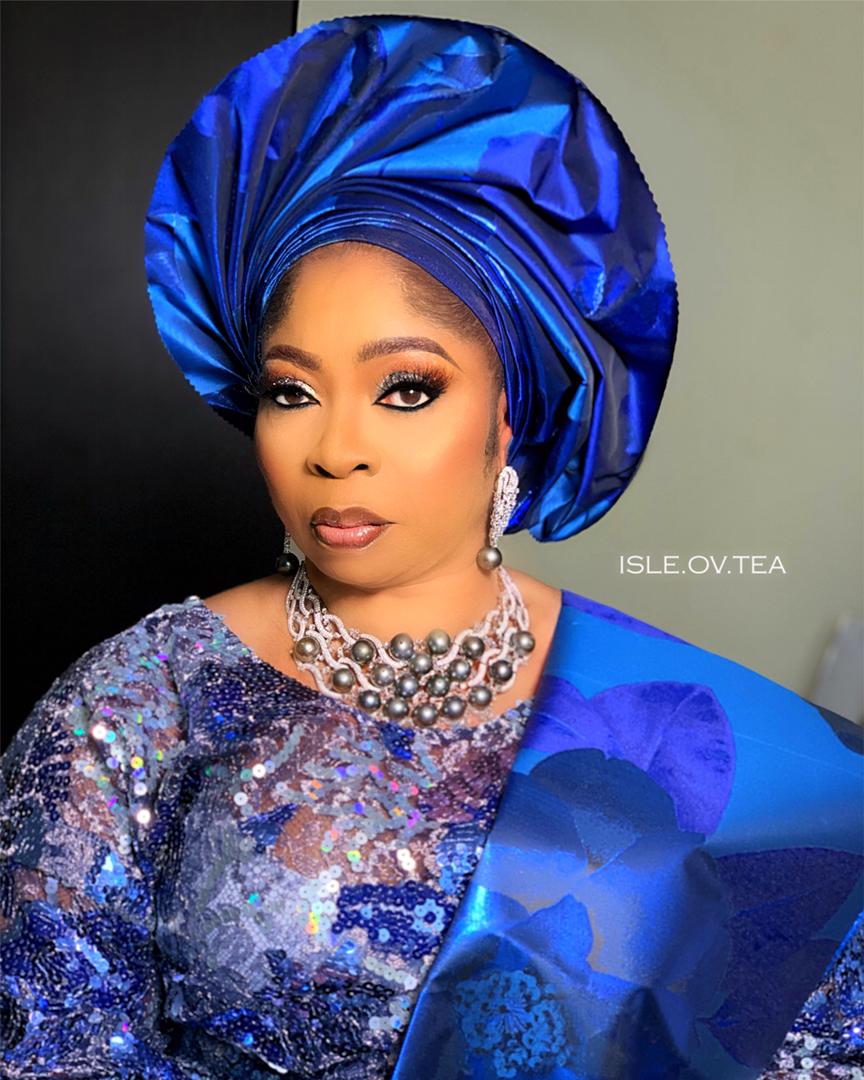 As you read this now, Princess Folasade Omotade-Odumosu, a renowned businesswoman, and wife of the Lagos State Commissioner Of Police, Mr Hakeem Odumosu, is giving her die-hard fans reasons to talk about her in glowing terms, as she, alongside other prominent Nigerians, is conferred with an honorary doctorate degree of Business Administration by the Oduduwa University, Ipetumodu, Osun State at the 9th convocation ceremony.

Omotade-Odumosu, according to the letter by the private university established in 2009, is being honoured for her leadership in business, outstanding and exceptional successes, resilience and excellence.

It is doubtful if anyone can fault the decision of the authorities of the university, considering the fact that the Ogun State-born entrepreneur had made many meaningful contributions to the development of education at various levels in the country.

Over the years, the Yeye Ajagun Fiwajoye of Ibadanland has done great things that have caught the fancy of her compatriots in many areas of life.

In other words, she has always been in the warm embrace of fame and recognition all for her worthy and inspiring deeds in society.

In spite of the wealth and influence she commands in the society, the successful businesswoman does not have airs around her; she is ever willing to give her shoulders to anyone to lean on in a moment of need. She would always tell who cares to listen that she achieved all she has through God’s grace and mercy, so she is willing to spend it all on humanitarian work.

However, she loathes people singing her praise for such acts of humaneness.  She is not your kind of billionaire that calls for publicity over little donations.

Indeed, those whose paths have crossed hers always affirm that the Ogun State-born entrepreneur sure understands the true meaning of friendship and has made huge sacrifices, at different times, to keep the sanctity of friendship as humanly possible.

For those that don’t know she has in the past, dedicated decades to proffering succour to an avalanche of problems at various levels of our educational institutions with huge donations.

But in one of his oft-quoted statements, the popular Bishop of Caesarea, also called Saint Basil the Great, said: ‘’ A good deed is never lost. He who sows courtesy reaps friendship; he who plants kindness gathers love; pleasure bestowed on a grateful mind was never sterile, but generally, gratitude begets reward.”

For those who have been wondering about her meteoric rise in life, one of the things working for her is that she always sees opportunities, where others are bogged down by morbid fear of failure.

Besides, she likes to pursue her dreams with unbent resolve to succeed, irrespective of the challenges that may come her way.