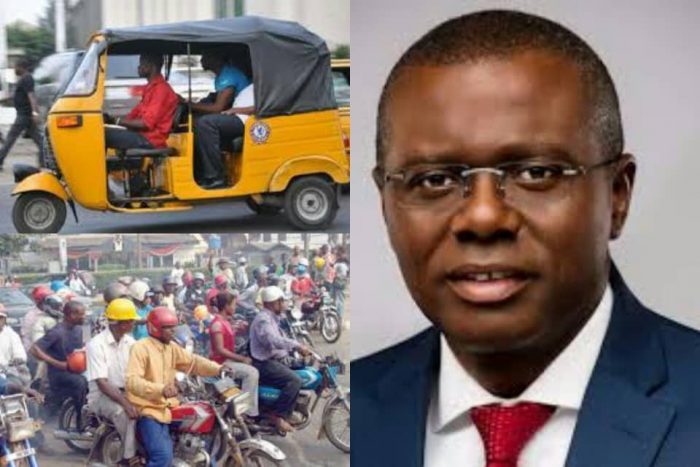 Gbenga Omotosho, the commissioner for information and strategy, in a statement Monday said the decision was taken after a “robust assessment” between the government and the state security council.

The assessment focused on the safety of using motorcycles and tricycles as a means of transportation. The statement said the casualty figures arising from their use are “scary.”

“This number excludes unreported cases and those recorded by other hospitals. The total number of deaths from reported cases is over 600 as at date.

The ban, according to the statement, will be enforced in 15 local governments and local council development areas across the state. They are Apapa LGA and Apapa Iganmu LCDA, Lagos Mainland LGA and Yaba LCDA, Surulere LGA and Itire-Ikate and Coker-Aguda LCDAs, Ikeja LGA and Onigbongbo and Ojodu LCDAs, Eti-Osa LGA and Ikoyi-Obalende and Iru/Victoria Island LCDAs, and Lagos island LGA and Lagos island East LCDA.

The full enforcement will begin on February 1, the statement said.

“This is the first stage of the state government’s plan to sanitise our roads and protect Lagosians from the negative effects of these illegal modes of transportation,” the statement said.

“The law is very clear. Motorcycles (Okada) and tricycles (Keke) are banned on all highways, bridges and the listed roads (see below).”

Lagos has one of the worst traffic gridlocks across the world. To avoid spending hours in traffic, commuters often patronise faster – and potentially riskier- alternatives like commercial motorcycles. In recent years, bike-hailing companies such as Gokada, O’Ride, and Max.Ng have sprung up across the city to help residents navigate the incessant traffic snarls.

The government statement did not state specifically if the ban affects the bike-hailing companies. But a spokesperson to the governor clarified to PREMIUM TIMES that they are included in the ban.

“They are not registered with the Lagos government before the ban.”

A spokesperson for O’Ride told PREMIUM TIMES the company would respond to the ban soon.

FULL LIST OF MAJOR ROADS AND BRIDGES AFFECTED BY THE BAN