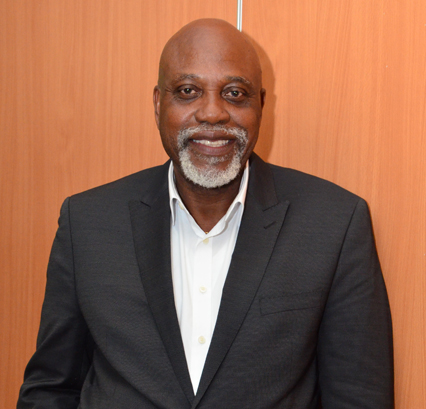 One of Nigeria’s progenitor of ICT and the MD/CEO of Soft Alliance, Mr. Tunde Badejo celebrated 70th on Saturday, July 27, 2019. And this delectable gentleman was celebrated by family, friends, and schoolmates of over 50 years from his high schools in Esan of the Old Bendel State and Lagos State at 10 Degrees Event Centre, Billings Way, Oregun, Ikeja, Lagos.

The birthday celebration was classy, as the celebrant was treated to a memorable event by all his loved ones. The guests who were about 1,500 at the event were all dressed glamorously in honour of the great man whose tribute inspired many as a humble, kind and a loving father, boss, and friend. City People media team was at the event for exclusive coverage.

ABOUT THE CELEBRANT, TUNDE BADEJO

Tunde Badejo is a graduate of Mathematics from Chicago State University. He is an astute entrepreneur with a passion for driving innovative and efficient processes, leveraging ICT systems.

Tunde, the first of 19 children was born in an ancient town, the former western region of Nigeria, which is the present Iperu in Ogun State, on the 24 of July, 1949, to the family of late Mr and Mrs Badejo. He attended several primary schools; All Saints Primary School, Edo State. CMS school Auchi Edo State, and finally, Children Home School, Molete Ibadan, Oyo State between 1955 and 1962.

He received his secondary school education at annunciation catholic school Irrua, Esan in Edo State between 1963 and 1967,. He went on to complete his A-level education at Egbado College Ilaro, Ogun State, between 1968 and 1969, after which he had a stint as a Teacher of Bona College, Sabo Yaba until 1974 when he left the shores of the country to obtain a bachelor degree in Mathematics, from the Chicago State University in Illinois and began his careers; for decades of professional career in firms  like All state Insurance Compuware, IBM, American Software and Oracle Corporation in the United States. Mr Badejo played a major role in the Global Computerization project of Lagos State Government, from the design to consumption implementation and final roll out to 5,000 users.

Which his rich experience in running IT businesses, application, and database as well as software development and implementation, he joined his colleagues to fulfilled his long-nursed ambition to start a technology company of his own which was SoftAlliance and Resource Limited in 2004

Since its inception, the company has grown into one of the largest enterprise applications providers in Sub-Saharan Africa. Asides from being a world-class information technology systems integrator, SoftAlliance with its turn-key software applications like PlateDetect™, SoftSuite™, Kashiar™, and the revolutionary SoftTAX™.

Tunde Badejo’s 70th birthday party was one of the classy, well-arranged and star-studded party that has ever held in recent time. The prestigious 10Degrees Centre was exclusively decorated in White and Gold colours, which of course was in tune with the dangling Gold plated chandeliers

The seats were orderly arranged in a way that gave hitch-free movement to guests from both wings. The June 5 Ushers were also glamorous in their wine gowns, as they politely welcome guests and usher them to their reserved seats.

When one considers the caliber of guests that graced Tunde Badejo’s 70th birthday, one cannot but agree that the planning deserves to be as classy as can be. The food vendors were on point with their hospitality and delivery. Each food vendor positions a waiter across every table to attend to the need of the guests. Cocktail Delight was actively present to serve various flavors of drinks; Oriental Dishes also preformed exceedingly great; Malas food was not left out as the team was seen serving local dishes with tasteful delicacies.

Blue World waiters were everywhere within the hall, ready to serve every table with all sorts of assorted drinks; Kaffi’s catering did not also disappoint. The satisfactory gesture could be seen in the eyes of the guests who were treated to a classy evening with the celebrant.

The red carpet was magnificent. It was positioned at the entrance of the hall. It must be stated here that guests brought their fashion A-game to the Red carpet at Tunde Badejo’s 70th.  Chief (Mrs) Madam Kemi Nelson, leader of the APC women wing in the South West, Madam Funke Agagu from Ondo State, Tosin Badejo, wife of the celebrant, Dr Wilson Badejo, former General Overseer of the Foursquare Gospel Church, and his beautiful wife, Adeyinka Badejo were reportedly among some of the early guests. The A-list guests went all out with their fashion choices, from elegantly carrying couture gowns and exotic outfits.

MC PREMIUM WAS THE ANCHOR

A classy compere, for a classy event. MC Premium is no doubt a classy anchor for the event, because of the caliber of guests that filled the hall. He was vocal and articulate and maturely guided the program of the event to the latter without distraction. He was on top of his game. Do you know MC Premium is the main actor of the popular video skit, Johnny? He has indeed grown big in the game and has defined his style in the industry.

The National leader of the All Progressive Congress, APC, stormed the venue amidst loud applauds. He was gladly welcomed by the celebrant and the feeling was mutual between both of them. The guests would later learn of the intimacy shared between Asiwaju and the celebrant, As Jagaban relives old memories and how they have grown against the odds.

The Governor of Osun State, Gboyega Oyetola came in the company of his wife, Kafayat Oyetola, and the couple looked so glamorous in white attire. The couple added to the list of top dignitaries that graced the occasion.

One of Nigeria’s popular band, the Ponle band was on stand all through the event and was never caught off-guard. The band was able to flow with the anchor and knew the right number for every guest as they walk in. The Ponle Band recognized every important personality at the event with panegyrics that dates the guests’ ancestral heritage and pastime.

As expected of the event of that magnitude, there were different cultural displays at the party. It was a classy party and eminent personality are known to be naturally in love with traditional performance. Hence the grand performance of the Tunex theatre. They all performed to the amazement of the guests present at the party.

As a symbol of class, the 2-step birthday cake was decorated in Gold and White, with a Jeep image embossed on top of it. It was so beautiful and definitely added colour to the whole event. The big wigs, father of the day Aiwaju Bola Ahmed Tinubu, The Osun State Governor, Gboyega Oyetola, and his wife, Tosin Badejo joined the celebrant in cutting of the birthday cake.

Faith band is one of the top-notch live bands rocking Lagos parties and he was on the live band for the party. The full band who were all dressed in white added colours to the party.

Their sonorous voices, composition, stagecraft, and creativity would keep any listener glue to the music for hours. The band thrilled the audience with both old skool and new songs that guests danced to and didn’t want them to stop.

Mrs. Tosin Badejo stood solidly by her husband all through the even. She rocked a classy white attire with a blue Gele and shoulder attire. She coordinated the flow of the event and ensure that all went well.

FORMER FOURSQUARE G.O, W.A BADEJO, AND WIFE WERE THERE

The powerful man of God and the former General Overseer of the Foursquare Gospel Church, Rev. Wilson Badejo and his beautiful wife, Yinka Badejo were at the event. They were one of the early callers at the event and were ushered to sit at the VIP table with other important dignitaries.