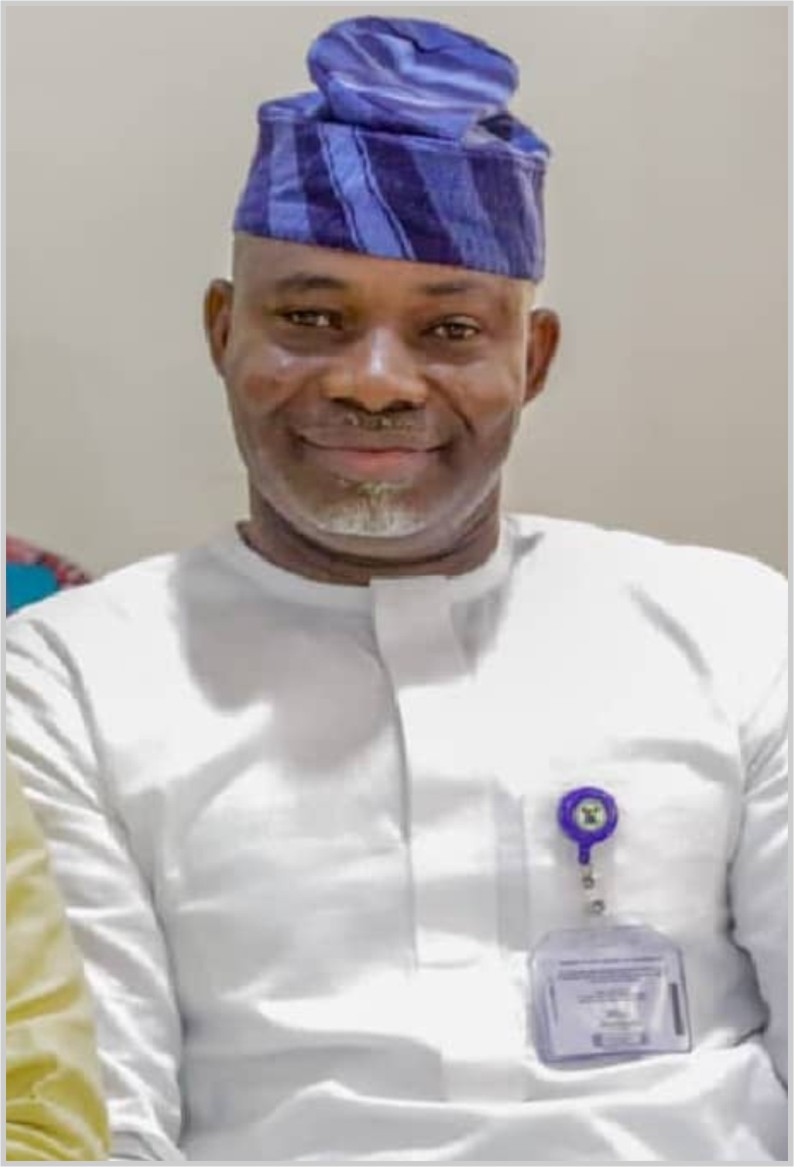 Talk about one of the lawmakers making waves in the Lagos House of Assembly at the moment, and Hon. Sulaimon Olawale Age Raruf’s name would soar above others. The people of  his constituency, Amuwo-Odofin, in FESTAC Town, don’t joke with him. He is known for his good works. He has done so well in the last three years and 10 months as a representative of the people.

NIFE KAZEEM visited him at the Lagos State House of Assembly and observed how happy a group of gentlemen and ladies from his constituency who came on visit to discuss salient issues looked as he gave them a warm welcome. Below are excerpts of her interview with him.

How did you start your political career?

Not only did I start as a politician, I started at a grassroots level as I was active as a ward executive member. Earlier, I was a Ward Secretary. Later, I contested other posts and lost. In 2019, I contested a seat in the State House of Assembly and won. Since then, I have been representing my people, I am not the one to tell you how well I have performed, but I believe that if you ask one or two persons about my performance, you would get their opinion. For me, I can score myself more than average, while some could score me 80%, 90% or higher.

I can only score myself more than average because I still have so many things undone, which I believe that by the grace of God, by the end of this 9th Assembly, I would hit 85%, if not 90% of jobs to be done.

So, what motivated you into politics?

One, I grew up in a political family, where I was nurtured by an Arena politician, my Uncle of blessed memory. He contested elections in the 80s – 70s.

I saw him as a role model. I went to his school of thought where I learnt so many things. He was someone who always wanted me to update my knowledge. Besides, we are political animals, whether you like it or not, you must have your predilection in politics. You might not be rude, but you also want to be seen as a political actor, That is why I am interested in politics. If you are in politics, you can change so many things for good. You can influence decision-making, and, of course, you can create something meaningful for your people, which you can point at and say, “this is my legacy”. I want to leverage on my achievements and also be the mouth-piece of people to influence decisions in their favour.

And what do you mean by political animal?

We are all social animals, even if you are the youngest among your peers, you don’t want to be suppressed, you also want to lead. That is the competition of wanting to rule, even in a family, the younger ones would want their voices to be heard and it goes beyond that.

How can you describe your experience in politics so far?

Well, it’s a kind of mixed feelings before now and even now, mixed feelings in the sense that, I have contested so many times and was not favoured, but owing to my determination and dedication to serve people, I was rewarded. That is exactly what makes me who I am, so far, the experience has been good and bad, but, of course, it has invigorated me to want to do more, otherwise, I would have been left behind.

As an experienced politician, what would you say your people have benefitted from the present administration?

My people are benefitting from  my achievements. They include the renovation of schools, construction of roads in my constitutency because infrastructurally, we are lagging behind. To the glory of God, I have facilitated the construction of one major road, which is called Mumuni Adio Road and the old Ojo Road, that had to be rehabilitated. Besides, the primary health centre and contract for another one has been awarded.

I have been using my resources to support people financially. I financed the education of more than 200 constituents who were sponsored to acquire different skills. I have also paid rent for more than 200 persons, while  200 others have graduated after their fees were paid.

I grew up in the village (Lol). I am a village man.

If I grew up in the village, I also had my primary and secondary education there.

On the floor of the House, how many motions have you sponsored?

As the Chairman, House Committee on Public Procurement, I have tabled a bill on the procurement of loans and it was passed into Law in 2021. When we, however, talk about matters of urgency, important motions, I am not lagging behind. About 2-3 months ago, there was a boat mishap in my constituency in which 20 people died. I moved the motion for urgent assistance, which went through and was passed by the House sometime last year. At a political rally, someone was shot dead and I moved a motion for goverment to intervene in the matter, to stop the recurrence of such a disaster. There were so many other things that have to do with the general well-being of Lagosions.

Apart from politics, what do you do?

I don’t have any other job than to serve my people and to always represent them.

Who is your leader in politics?

None other than Asiwaju of the Universe, Senator Ahmed Tinubu. He is my role model. Others are Senator Musiliu Obanikoro, Prince Adio Sekoni, a former Chairman of Amuwo-Odofin Local Government of blessed memory.

As a lawmaker who has secured a return ticket, how do you plan to beat the opposition?

Well, God who made the first term possible, will not forsake us this time because I believe you can never satisfy human beings.

You can only do your best, especially in this regime that we are. Most people are not even after what could benefit the community. They are after their pockets individually. That is tough to achieve. We could only facilitate what would benefit the community. Even if the the cost of the projects is converted to money and we start sharing, will it be enough to go round everybody? Just believe in your conviction, you are good to go.

And if elected to office again, what things are we to expect from you?

Why ASAKE Is Rocking The Music Scene Right Now!

Why I Accepted To Co-ordinate TINUBU’s Campaign...