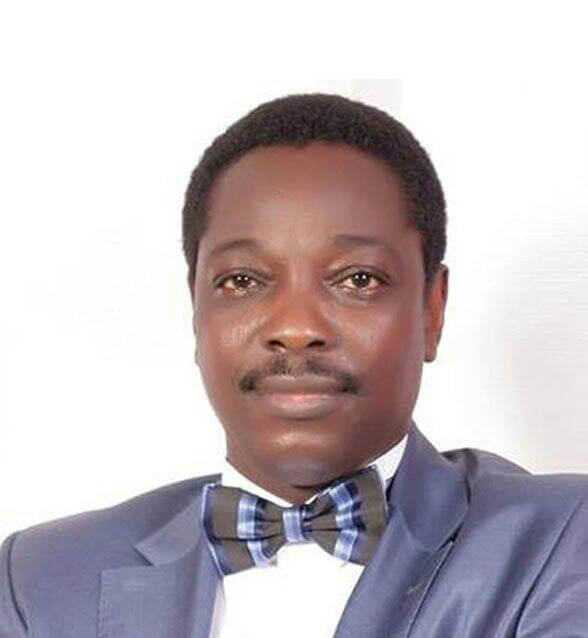 On Thursday, 17th June 2018, Apostle Dele Johnson, the Senior Pastor and the founder of the fast-growing church, Jesus Liberation Ministry, situated at Plot 34, Jonathan Coker Fagba, Lagos hosted a lot of men of God when he opened the church’s new Auditorium, which took them 11 years to complete. It was dedicated to the glory of God by Pastor Mathew Ashimolowo of KICC, whom he always refers to as his Spiritual father.

City People gathered that the new edifice cost about N500 million. According to him how God did it is still a miracle. “The provision from acquiring the land up to the painting was nothing but the power of God in demonstration”.

Apostle Dele Johnson, in his testimony, gave details of how the church was birthed 18 years ago, and how God used somebody to singlehanded paint the whole building plus how God used a powerful man of God, who is very close to the ministry to be giving the project them N250,000 per week for 1 year for the project.

The mandate of the ministry was communicated to the founder and Senior Pastor, Apostle Oladele Olusoga Johnson, in a series of revelations in the year 1988, while he was a senior member of Staff at the UBA Plc.

After playing hide and seek with God for about 6 years he was eventually boxed to a corner by God, owing  to the June 12 crisis of 1993.

He engaged in marathon prayers, seeking more clarity and direction and to the glory of God, the ministry took off in February, 2000 at Samadola Hotel located at Babs Ogunwole Street, New Oko-Oba, Ifako-Ijaiye, Lagos; with a weekly prayer meeting on Thursdays.

After two years of consistent meetings at Samadola Hotel; the lord instructed him to move to a property at Jide Ayeni Close within Alomutu estate, Iju-Lagos, in a very clear vision.

“The Holy Spirit led us to the premises, which He had already revealed to the senior pastor-in a dream.”

While at Jide Ayeni close, the set man had an encounter with an Angel of God that completely changed him; The incident made an impact on his outlook of life and ministry. From that day, He realised that ministry was not a part-time but a life time commitment and he passionately took it up.

In the year 2004, after a 21 day series of night vigils; he was further instructed to do a prayer walk from Alamutu Estate down to Fagba junction, where he was instructed to make some declarations concerning the permanent site of the ministry. Prior to that, some residents of Alamutu Estate were already complaining of noise pollution.

One beautiful morning, a member requested to take the set man for an inspection of properties; even though he hadn’t been instructed to search for property on behalf of the ministry.

At that material time the ministry’s purse was lean,  but all the same, the set man took a step of faith and went with the man to inspect the present property.

On meeting the representative of the land owners, he did not mince words to explain that there were other five serious prospects interested in the same property and implying that we should not waste his valuable time.

The man of God was moved by the Holy Spirit and stooped to scoop the soil at the site. At that point; God said to him “I will give you the land if you desire it”.

On hearing this, his faith was strengthened and he boldly told the representative that the money would be ready before the weekend.

Pastor Dele Johnson then rushed back to his office at Jide Ayeni dose and began to worship God and pray. He prayed for the wisdom to access the property. Indeed, after about thirty minutes of praying, God instructed him in a still small voice to call a particular member of the church. He obeyed and, indeed, God was glorified .For with ease, God used the man called to provide N1. 5million out of the needed sum. I was pleasantly surprised how God positioned the fund for His work. Indeed, he is a God of miraculous provisions.”

With a grateful heart, he went back into his office to thank God for His faithfulness and also to ask for the balance needed and God spoke again saying “I am sending someone”.

Less than an hour after this, a lady (also a member of the church) came round and presented to him some dollars (the equivalent of N1 million). She explained that her husband just let-out their property in Abuja and directed her to bring the tithe of

God’s servant rejoiced at the faithfulness of God, for confirming His words. After a session of thanksgiving in his office, he’ suddenly remembered again that a balance of about five hundred thousand naira (#500,000) was still required. He thankfully

asked God to complete what only He started according to His word; and the Lord instructed that he should ask the first man, who brought the 1.5m. At this, the man of God was puzzled and felt that it would be unfair to ask the first donour for such. He said, there and then, all peace was lost and He couldn’t hear God anymore.

He immediately repented for discountenancing God’s instruction and put a call through to the said member and surprisingly it appeared that the man was actually waiting for his call.

The man of God, told him of the total amount at hand and enquired if he could still support in anyway and he simply said pastor “I will send my wife with the balance”.

And that was how God miraculously provided the money for the property where we are now, in a record time according to His word.

The land was acquired in the year 2004, but it took two years to move from Jide Ayeni to the new site. The fact is that the church was forced to move when the landlord of the previous facility insisted that the church pays seven years rent in advance.

Our testimony is this. It took us 11 years to complete the International Prayer tower, and from the foundation till completion, we never moved out of the property for a second. The tower was built with us inside!

While we do not quarrel with anyone who used a loan to build God’s house, our testimony is that we did not need to use loan from any man or institution(s). God taught us to spend the currency of faith.

Indeed, we have seen that Impossible is nothing when you have faith currency.

Meanwhile, Sunday, 17th June, 2018 was the thanksgiving celebration, and it witnessed the presence of the Prayer Virtuous.

Pastor Wole Oladiyun, the Senior Pastor of Christ Livingspring Apostolic Ministry situated at Omole, whom Apostle Dele Johnson always refers to as his covenant brother was the Guest Minister of the day. Other Pastors and dignitaries from different churches to rejoice with them on the occasion were; Pastor Seyi Oladimeji, Pastor Busola Jegede, Pastor Bukky Ajide, Pastor Peace Akingunsoye, Pastor Kemi Onalaja, Pastor Bayo Ogundipe, Pastor, Pastor Mrs. Oyekunle and CAN Representatives.