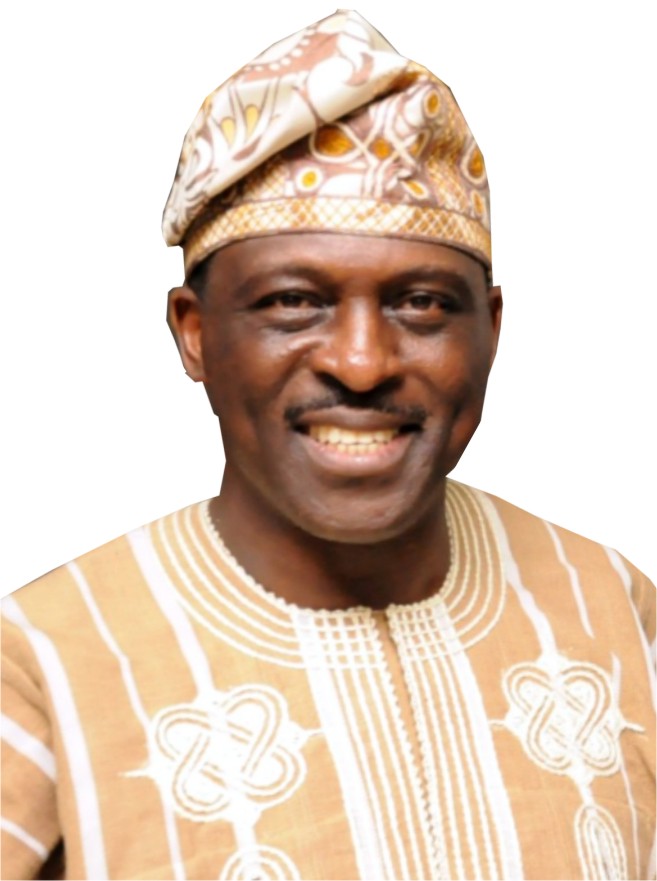 The party, which was held in strict compliance with the COVID-19 guidelines, took place at the popular Jogor Events Centre, Off Obafemi Awolowo Stadium (formerly Liberty Stadium) Road, Ibadan.

It was 50th birthday celebration of the stylish and ever-smiling Pastor Dotun Ojelabi and a symposium marking the first anniversary of James Adekunle Ojelabi Foundation (JAOF) and the inauguration of the Foundation’s Nigeria History Fund. JAOF was launched in Lagos amid pomp and pageantry last year, in memory of Pastor Dotun Ojelabi’s late father, Chief James Adekunle Ojelabi, a renowned historian and writer.

Before the symposium tagged: “History as a catalyst for peace and national development” and reception, a Charity walk had earlier taken place by 8 0’clock in the morning.

The programme, according to Pastor Dotun Ojelabi, was dedicated to the sweet memory of Chief James Adekunle Ojelabi, his rich legacy and modest contribution to history, education and politics.

“We are passionate about returning History to where it should be by promoting History and supporting its rightful return to the educational curriculum, using his book “The Textbook of West African History” by Adekunle Ojelabi, first published in 1970.

Speaking on the topic: ‘History as a catalyst for peace and national development’ Guest Speaker, Pastor Ituah Ighodalo of Trinity House Church, emphasized that for Nigeria to really experience the desired peace and development, there was a need to go back to history. That, there is a serious need for Nigerian leaders to learn the historical past, so that they could properly shape the economic feature of the country. “As history is not just a catalyst, but a tool that is capable of advancing the foundation of peace and national development.”

In his remarks, Vice President Prof. Yemi Osinbajo, who spoke to the audience virtually, described the project as a laudable one.

“When the Federal government decided to reintroduce history into the curriculum across primary and secondary schools last year, it was a decision borne out of the recognition that first our children must know where they were coming from and have an understanding of the life that preceded them.

“History is far too essential for us to deprioritise. It encourages us as individuals to not restrict ourselves to thinking in the short-term, but to remember that we too are living histories.”

Indeed, as a scholar, Ojelabi strenuously opposed the view of African history as consisting of a record of European imperialist-colonial activities in Africa during the 19th and 20th centuries. He described the portrayal of African history in these terms as “the height of intellectual dishonesty” and this indignation inspired his historical writings, the impact of which has endured, for 50 years.

“Reclaiming our past will fortify our recognition of the key role we have played in global history and we must use this knowledge to break free from the shackles of the colonial views of the continent. As black people, as Africans, as Nigerians, we must reclaim our histories and nurture academic environments that make that possible.”

Eulogizing his late friend, leader of the Yoruba World Congress, Prof. Banji Akintoye, described Chief James Adekunle Ojelabi as a man of inestimable values in his lifetime and even after his death. Saying that his teachings, wonderful character and legacy will live forever.

Also at the event, some personalities who have in one way or the other contributed to the preservation and propagation of Nigeria’s history, growth and development of their immediate environments and the society generally, both dead and alive, were recognised and awarded.

The awardees include Prof. Bolanle Awe, a professor of history; Prof. Bamji Akintoye, an academic, historian and writer.

Pastor  Dotun Ojelabi’s beautiful wife, Adetutu’s great contributions to the success of the event couldn’t be overemphasized. She played her role wonderfully well and made sure everything went as planned. Also very active at the party were Pastor Dotun Ojelabi’s lovely children Fikunayo, Fehintioluwa and Fikeoluwa Ojelabi. They were bubbling with energy, as they danced and danced for the better part of the reception. They have inherited the energy, charisma and smile from their engineer turned-pastor dad.

The programme was streamed live on zoom, Facebook and other social media platforms.

READ ALSO: WHY I USED TO CALL MY HUSBAND MY ATM – LATE SENATOR BURUJI KASHAMU’S WIFE, SUSAN OPENS UP

Why I Used To Call My Husband My ATM – Late Senator BURUJI KASHAMU’s Wife, SUSAN Opens Up