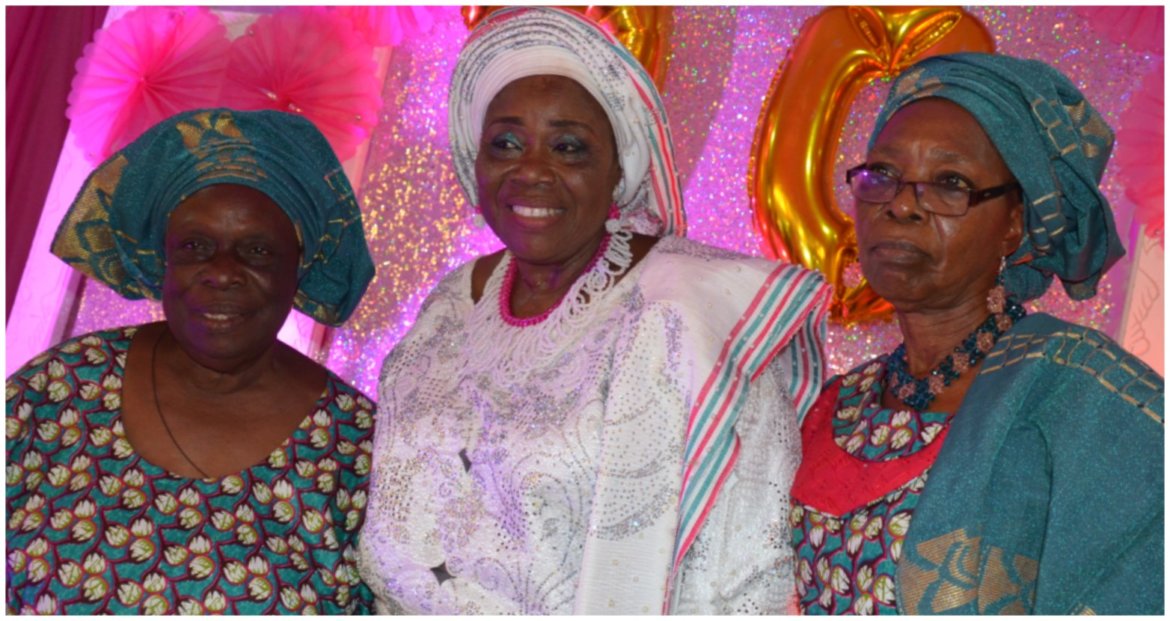 The venue of the 70th birthday of Mrs Ebunolorun Elizabeth Badmos was the newly commissioned event center at Oke-Oniyo, Ado Ekiti and give it to Akure fast-rising event planner, P-Square Event Planner, owned by Mr Olayinka Michael, she transformed the hall with white, silver and fuchsia- pink decor, while gold was used to write 70th at the celebrator’s special stage. The fact that the celebrator was an event planner and a decorator added more aesthetics to the decor.

Talk of one top socialite in the social and political circles in Ado Ekiti, the celebrator’s name will be mentioned. Give it to the makeup that transformed the celebrator’s look as Mrs Ebunolorun Elizabeth Badmos was not looking 70  in her white lace Iro and Buba before she changed into a long colour dress. She attributed the secret of her beauty to God and her late husband, Hon. Oluwole Badmos. She said she would have been more happy if her late husband was to be alive to witness the birthday gig. But in all, she gave God all the glory. She was ushered into the venue by her 2 sons, Mr. Martins Oluwole Badmos and LT. Deji Badmos.

The event which kicked off at 1pm, saw Lady Evangelist Jegede, who led the 5 minutes praise and worship service to celebrate God in the life of Mrs. Ebunolorun Elizabeth Badmos, while the Rev. Father Odeyemi led the opening prayer. 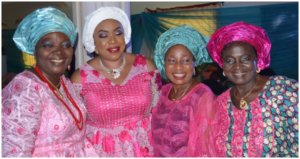 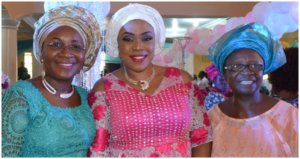 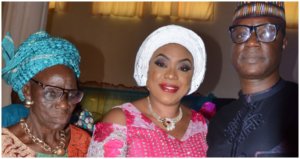 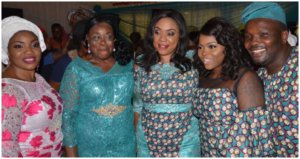 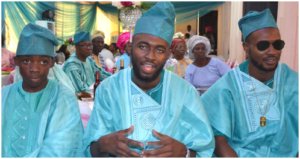 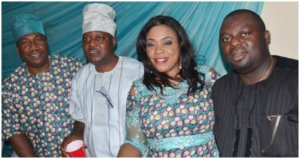 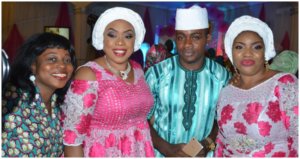 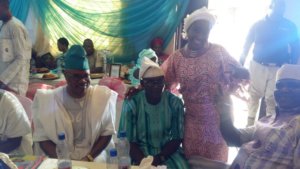 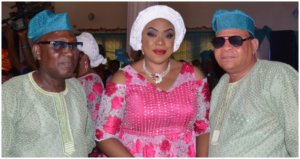 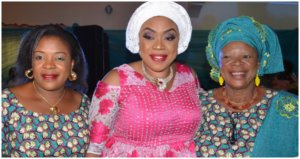 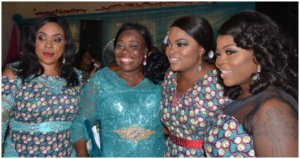 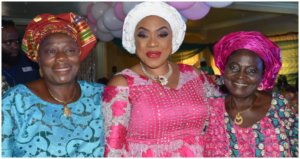 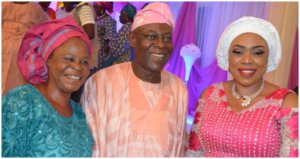 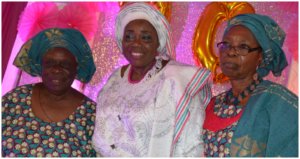 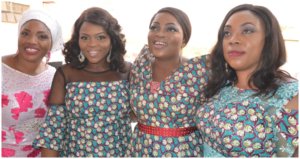 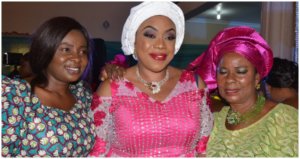 The report on the 70th birthday bash of Mrs. Ebunolorun Elizabeth Badmos would not be complete without mentioning the presence of Nollywood stars such as Funke Akindele-Bello, who dazzeled her fans at the party. Others are pretty Bimbo Thomas, Adewale Esho, Mr Lanre Balogun and Mr. Thompson, while Yomi Fabiyi anchored the event. 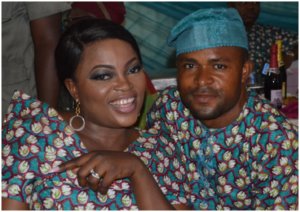 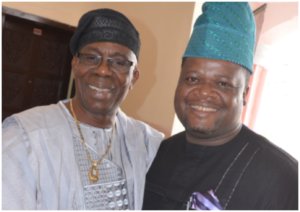 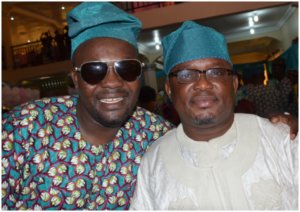 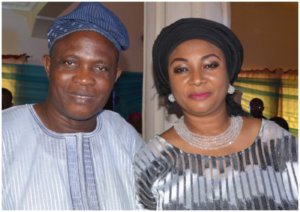 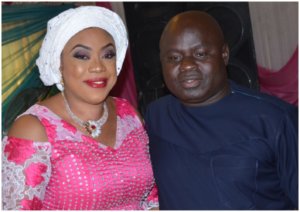 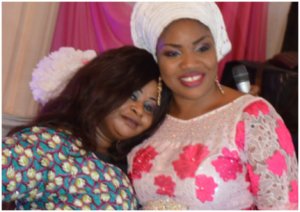 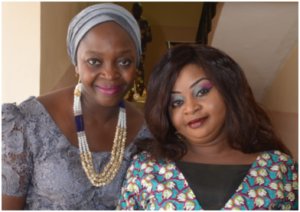 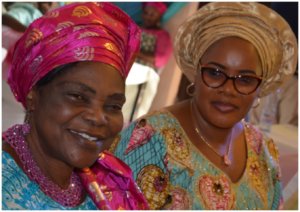 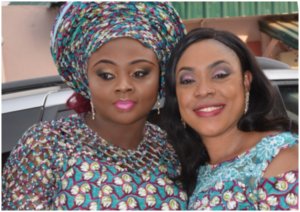 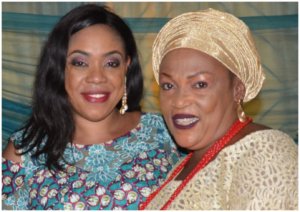 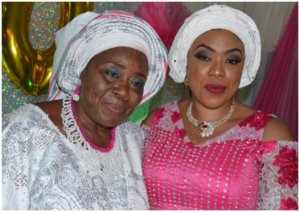 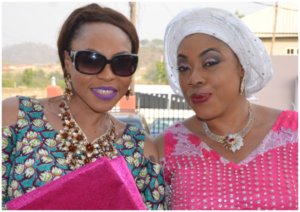 MAMA’S SIBLINGS AND IN-LAW HONOUR HER

The family of Ibitoso from Osun Ekiti and the Badmos from Ado Ekiti all gathered to celebrate an Icon at 70th. Present were Mrs. Emiola Apeke Oluwole, Oloori Adebimpe, Mrs Ibitoso-Ayo, Chief and Chief (Mrs.) Bosede and Banji Ojo and Alhaji Olaoseni among others.

DOLAPO, HER SIBLINGS ARE PERFECT HOSTS

Dolapo, who was the chief host at her Mum’s 70th birthday, arrived late to the venue, but before her arrival, her siblings had taken charge, serving guests, but immediately she came, she took over to ensure everyone was well catered for.

DOLAPO’S FRIENDS FLY IN FROM THE UK

CRIME EDITORS NOT LEFT OUT

Despite that it was a police personnel’s party, no fewer that 20 editors both of print and electronic media came to celebrate with Dolapo as her mum marked 70 years on earth. They also presented gift to the celebrator before they left.

BETWEEN DOLAPO AND DEJI BADMOS

For those who don’t know, Lagos PPRO, Dolapo Badmos, is not the only officer in her family, the baby of the house, Lt. Deji Badmos is also an Army officer. They poured encomia on their mummy as both paid her, official compliment.

The well-organised and planned 70th birthday of Mrs. Ebunolorun Badmos saw a popular musician, St. Janet, on the bandstand. P-square event planner provided Small Chop, cocktail, desert by Chapman and the VIP food. Other caterers were; TK catering service and Top Chef Restruant, own by Mrs Dieko Adetosoye, that were in charge of Amala