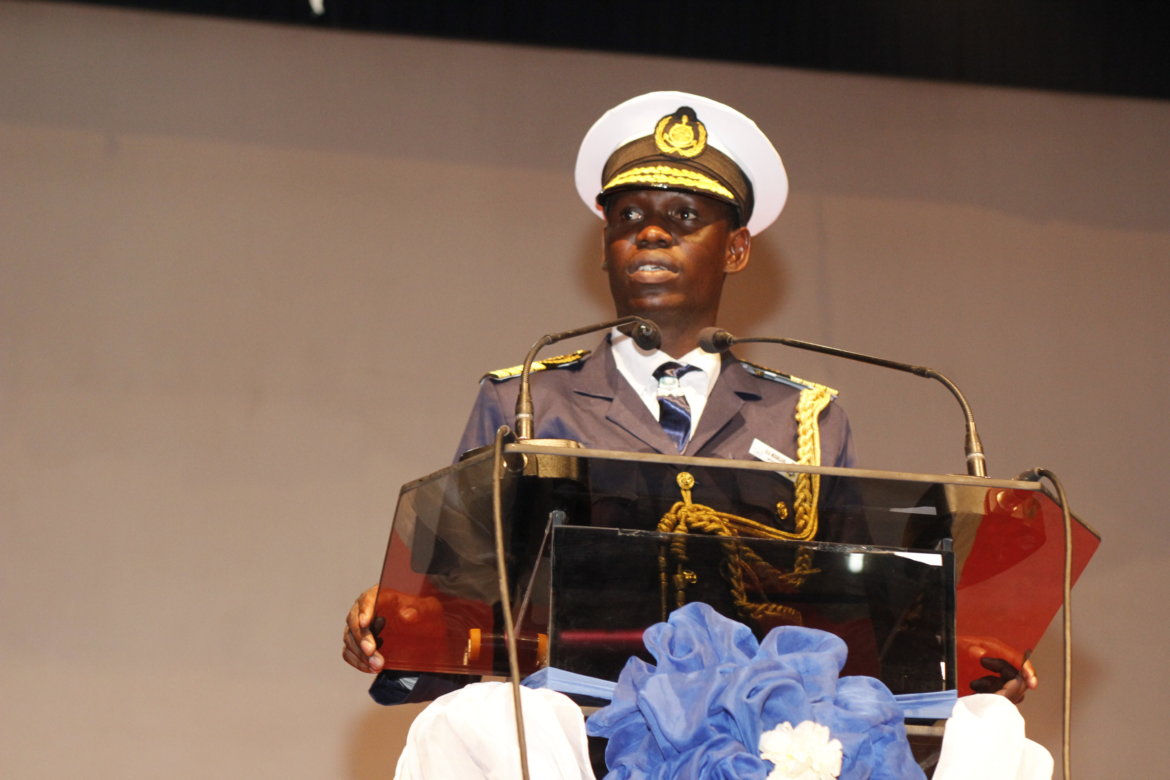 History was made in Lagos on Friday, 14th of December 2017 as the state and nation as a whole witnessed the induction of the 1st set of Marines into office. The event which held at the main auditorium of the University of Lagos saw 1800 recruits inducted into full service  for the countries water body amongst others.

The chant “Lasmarines” and it’s accompanying reply “Bon Voyage” won’t be easily forgotten by attendees of the event as it kept reoccurring at intervals during the show.

Though the event started way beyond schedule, it still surpassed the expectations of those present. The event was brought to an official open by Mr Eres Akaweingha at exactly 11:34am with an apology for been 94minutes late and then the opening prayer was said by him.

Mr. Eres Akaweingha resumed the event activities with a lecture on Safety and Health. He defined safety as the state of been free from accident or any form of incident”. He laid emphasis on the importance of safety and it’s relevance to the economy. He was quoted as saying, “Safety is of great importance in every sector of the economy”.

One of the prominent guests who attended the event was the Special Adviser to the Lagos State Governor on Transportation, Prince Olanrewaju Elegushi who is also the Acting Commissioner for Transportation in Lagos State. He  represented the governor of Lagos State, Mr. Ambode Akinwunmi and he did the honour of presenting 2 awards to the Director General of the Lasmarines as well as the Fleet Marshal and Executive Chairman of the Lasmarines before he took his leave.

The Fleet Marshal, Mr. Taiwo O. Magbojuri was ushered in by some of his cadets as they marched elegantly to the stage where the high-table was placed.

The Fleet Marshal in his speech said that the “Lagos State Association of Maritime Contractor, Petro-gas Servicing Operators and Water Transporters(LASMARINES) in collaboration with International Maritime and Petroleum Organisation is aimed to provide the much needed skills required in the industries, both in Nigeria and Overseas.

He also stated that the Lagos State Association of Maritime Contractor, Petro-gas Servicing Operators and Water Transporters(LASMARINES) embarked on a six day Professional Marine cadet training and Certification Programme which commenced on Tuesday the 24th of October 2017. 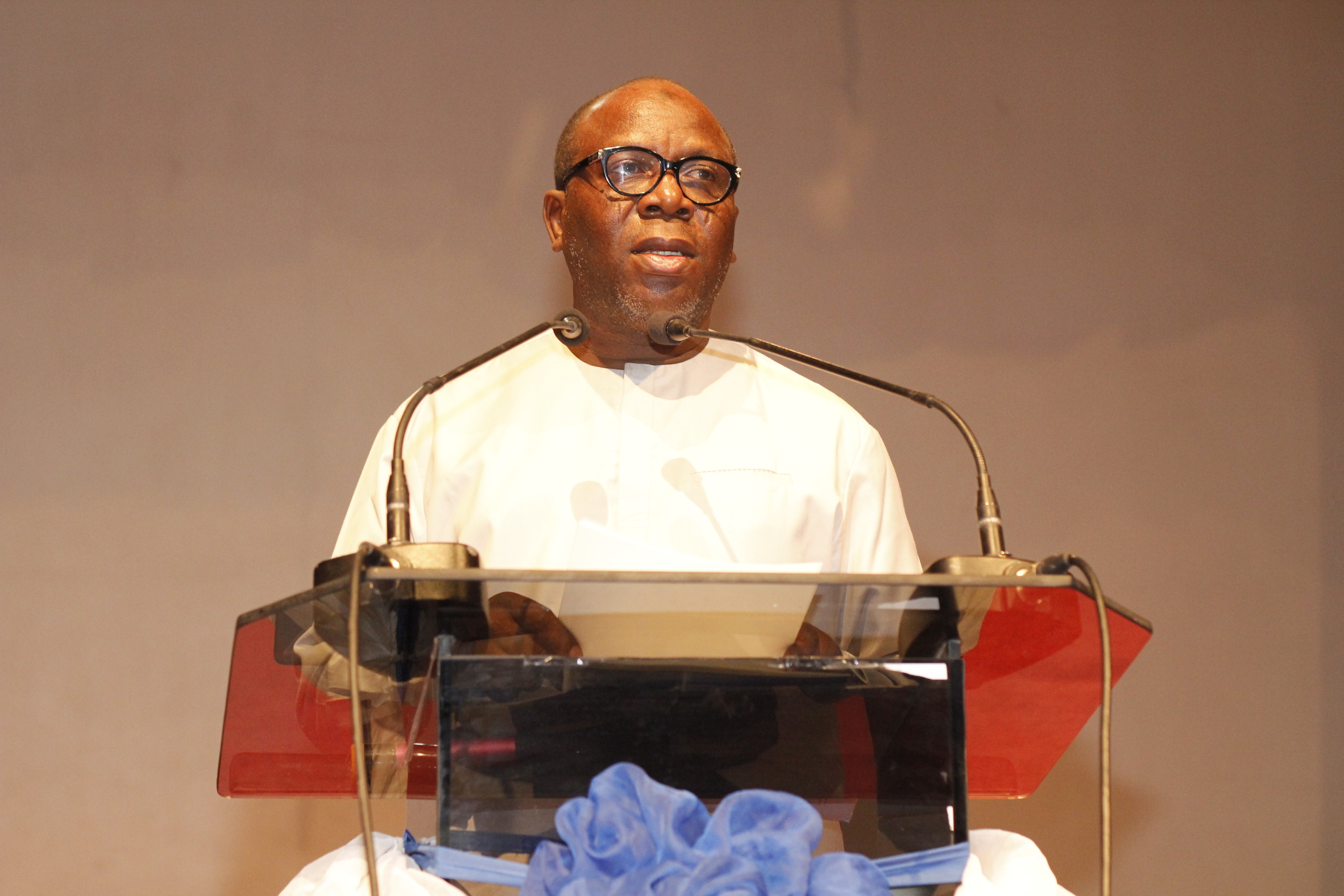 The governor was represented by Prince Olanrewaju Elegushi, Special Adviser on Transportation. In a speech which he read from the governor, Mr. Akinwunmi Ambode;  some excerpts thus reads; Gov. Akinwumi Ambode of Lagos State says the integration of rail, road and water transport systems will ease movement of people in the state.

Ambode said this on Friday in Lagos, at the induction of 1,800 cadets from the Lagos State Association of Marine Contractors, Petro-Gas Servicing Operators and Water Transport.

He said that the government’s integration of the three areas would reduce traffic problems in the state.

According to him, the state economy functions on a 24-hour basis and traffic congestion is synonymous with mega cities all over the world, with Lagos as no exception.

He, however, said the government remained committed to making movement easier for the people.

Ambode commended the newly-inducted cadets, advising them to be committed to their jobs and to ensure due diligence.

He urged the Lagos marines to collaborate with the government for effective control of traffic in all areas of the state.

The Director General, Mrs. Ajike Asiri, expressed her delight towards the induction of the new recruits. She also expressed her commitment and that of the Lasmarines to work hand in hand with the state government. 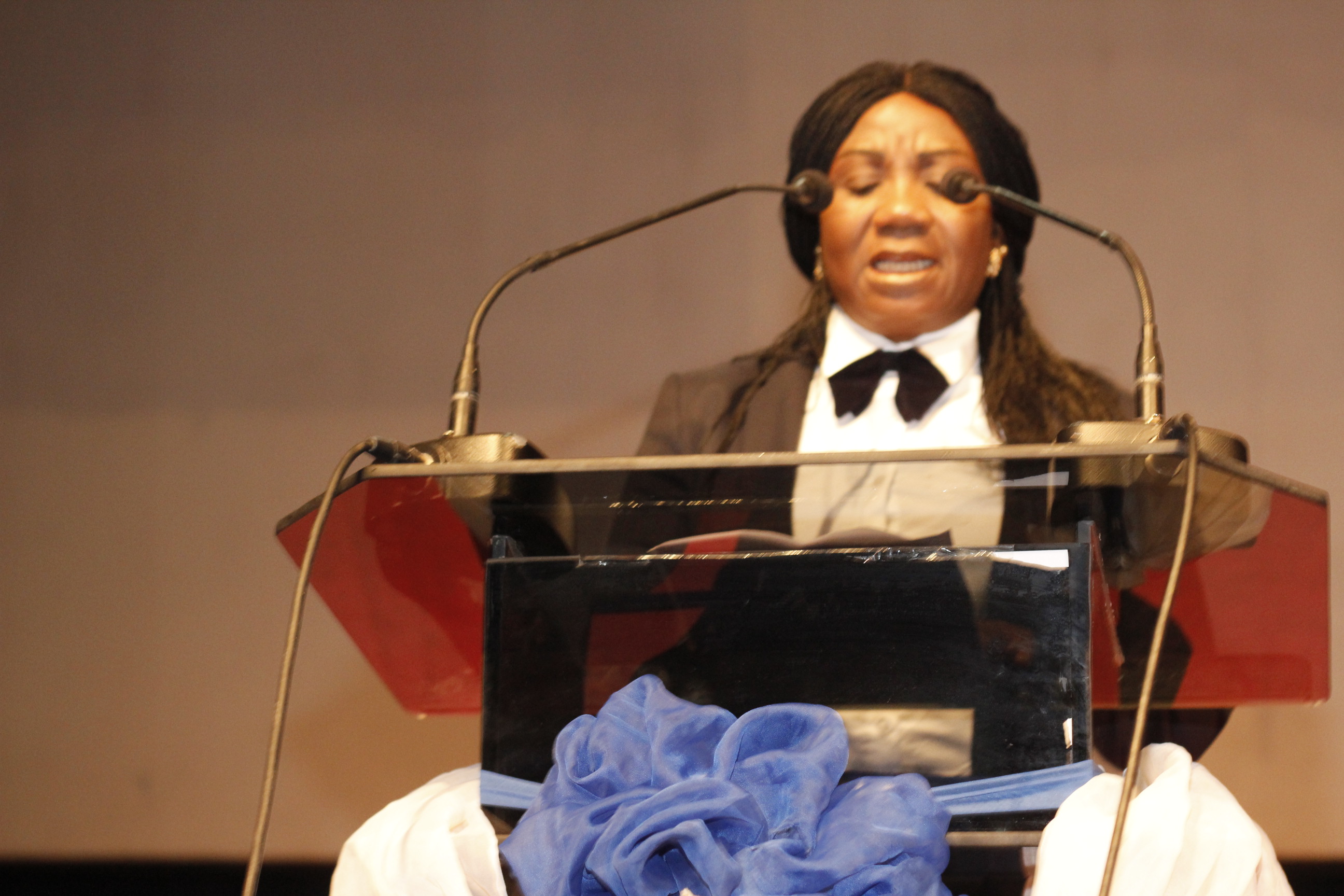 The Lagos State Association of Maritime Contractors, Petro-Gas Servicing Operators and Water Transporters is the apex Maritime, Water Transport, Oil and Gas Association and Council in Lagos State that seek to provide platform to unified Lagos Indigenous Technical Oilfield and Maritime service companies in the upstream, downstream and maritime sectors of the industry. Their strategy is designed to address a changing marketplace and the continuing shifts in the way Maritime, Petro-Gas and Water Transporting industries are operated across Lagos State.

Chief Asayi Peter Idowu, the Baale of Mowoland was present as he represented King Akran of Badagry.

Mr. Solomon Olufelo, the Director General of Lasmarines in Ogun State also delivered a speech where he spoke of an ongoing project by the Lasmarines. This project he said would increase the tourism in the country as they plan to construct the 1st tourist island in the state. All that awaits the project commencement is the approval of the Lagos State government.

Another prominent fellow who was present was Chief Bayo Ayadi, who gave his support to the Lasmarines and assured that he would always be there when they need his support.

The event which was also supposed to be the conferment of Cardinal (Dr.) J. O. Odunmbaku as a fellow of the Lagos State Marines was carried out irrespective of the absentee.

Merry Christmas From All Of Us @ City People