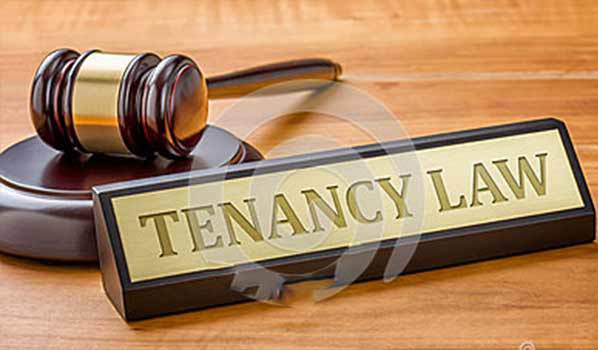 What LAGOS Landlords/Tenants Must Know

That housing is one major problem in Nigeria is not debatable. It is estimated that the country’s housing deficit ranges between 17-20 million housing units. This is one reason why government intervention is crucial in regulating those (landlords) who have the wherewithal to build houses and those (tenants) who have to rent to meet this basic need of life. The most recent of such government intervention in this critical sector is the Lagos State Tenancy Law 2011, which came into force on August 24, 2011 after the assent of Mr. Babatunde Fashola (SAN), the then Governor of Lagos State and the current Minister of Power, Works and Housing. The Tenancy Bill, which received Mr. Fashola’s assent, was introduced in 2009 and after rigorous legislative procedures by the Lagos State House of Assembly and contributions by legal practitioners, the 2009 bill became what is now referred to as the Tenancy Law 2011 in Lagos State. So what really does the law say? Here is a layman explanation of what the Lagos State Tenancy Law stipulate.

Type of Property: The Lagos Tenancy Law 2011 does not apply to residential premises owned or operated by an educational institution for its staff and students; this would include boarding houses, hostels, university staff quarters etc. The Lagos Tenancy Law 2011 does not also apply to residential premises provided for emergency shelter; in a care or hospital facility; in a public or private hospital or a mental health facility: and those made available in the course of providing rehabilitative or therapeutic treatment.

Location: Almost all parts of Lagos are covered by the Lagos Tenancy Law 2011 except premises in high-brow locations like Apapa, Ikeja GRA, Ikoyi, and Victoria Island. The law really does not give any reason why these areas were omitted from the law.

Advance Payment: The Lagos Tenancy Law 2011 states that if you are a sitting tenant at a property, it is illegal for a landlord or his agent to demand or receive for rent in excess of 6 months for a monthly tenant, or 1 year from a yearly tenant. It is also unlawful for the sitting tenant to offer or pay rent in excess of 1 year for a yearly tenant and 6 months for a monthly tenant. The penalty for both landlord and tenant involved in such an arrangement is a fine of N100, 000 or to 3 months imprisonment.

Compensations/ Reimbursements: As a tenant of a property, if you get your landlord’s consent in writing to make some improvements on the premises, and the landlord ends the tenancy. You are entitled to claim compensation/ reimbursement for the improvements that you made, when you are quitting the premises. Here consent in writing must be well noted as a point in the face of the tenancy law.

Forfeiture: Your landlord cannot under any circumstances seize any item or property of yours as a tenant or interfere with your access to your personal property.

Service Charge: If you live in a property that includes payments for a service charge, as a tenant, the landlord or his agent is to issue you with a separate receipt; and you are entitled to a written account at least every 6 months from the Landlord of how monies that you paid were disbursed.

Forceful Eviction: Concerning the issue of forceful eviction or attempts by landlords to resort to self-help it is important to note that if your landlord, in trying to eject you as a tenant from the property and in the process demolishes or alters the building without court approval; or threatens or molests you, or attempts to remove you by force from the property, the landlord is committing an offence and is guilty if convicted to a fine of N250, 000 or a maximum of 6 months imprisonment.

Are You Looking For A Good Place To Buy Land?