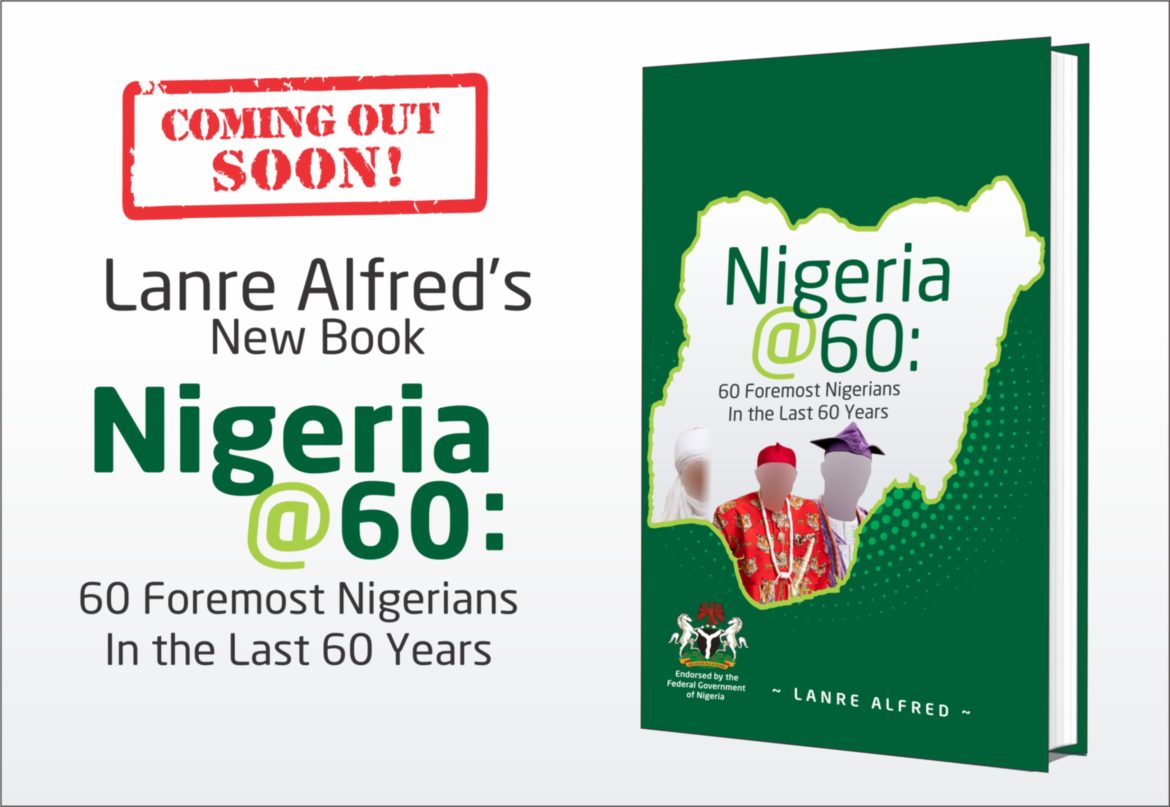 Alfred announced that the book is especially dedicated to the man popularly called ‘The Bull’ as a homage to his humanity and relentless strides at rewriting the African business narrative; for standing tall and wading through odds with the courage of a knight and confidence of a champion.

Hugely successful, yet, affectionately humble, ‘The Bull’ as he is widely known is one of those risk-taking individuals that struckout on new paths, rather than travel the worn paths of accepted success to prosper themselves and their society. He has proved over time that if sent to Mars, he would still treat it as a stepping stone to Saturn – the quality of constant invention and self-improvement that has earned him worldwide acclaim and prosperity.

According to Alfred, “Adenuga does not believe in impossibilities. With just tenacity of purpose and a terrier devotion to his dreams, he bestrides, successfully, the gap between creativity and commerce.He started from the scratch, but kept his nose to the grindstone and has turned many seemingly insignificant ideas into behemoth industries.The story of Globacom – how it has survived a myriad of odds including a hostile economy, harsh government policies and competition – remains his magnum opus”.

“In a land dogged by human and infrastructural lapses, Dr Adenuga’s humanity and entrepreneurial ingenuity nourish the glands of kith and kin even as his genius oils the wheels of industry. Unlike the proverbial warrior who lives to sing the song of his own deeds and derring-do, Dr Adenuga remains impressively humble and immune to conceit, treading a rare path to acclaim thus, attracting honour in torrents, from home and abroad,” Alfred stated.
He added that he is proud to associate with Dr Adenuga’ssuccess in turning generosity, excellence and humaneness into an art form, adding, “In an era beleaguered by the infamy of the human species, Dr Adenuga’s handiwork unfurls as an undying tribute to mankind’s better nature. He challenged resolve with steely grit and exploited the arduous planes of ambition and toil, till he encountered grandeur at the crossroads where wild contemplation and hard work morph into triumph.”

Glo, proudly Nigerian company with the wellbeing of Nigerians the core of its business principle has positively impacted on the lives of Nigerians; giving many uncut talents a platform to harness their talents through its reality television shows; while gifting hundreds of lucky subscribers life-changing prizes through its promos and providing direct and indirect employments to millions of Nigerians. In the intervening years, Globacom has made home-grown stars from the entertainment industry the faces (ambassadors) of its brand, while making them worth their popularity in affluence and influence.

Unarguably, no other company has invested as much as Globacom in the development of sports in Nigeria especially football. Apart from its huge investment in the Nigerian football league, Globacom sponsors the Supporters’ Club to any part of the world where any of Nigeria’s national team is competing. Not forgetting that it had since taken up the sponsorship of the Confederation of Africa Footballer of the Year awards.

Alfred’s new book, which attempts to profile the trajectories of Nigeria’s heroes past and present, is the latest in a burgeoning corpus that includes the popular coffee table books; Titans…The Amazing Exploits of Nigeria’s Greatest Achievers; and Highlife – Lifestyles of Nigeria’s Rich and Famous; and biographies like Pacemaker – Triumphs of IghoSanomi at 40; The Lion of Afia Nsit – Triumphs of Scott Tommey at 45; Julius Rone…The Jewel of the Delta; and Dapo Abiodun…The Heart of Prince.

Already, the book, slated for release in October to commemorate the 60th independence anniversary of Nigeria, has been endorsed by the Federal Government through the National Council for Arts and Culture, NCAC and Nigerian Tourism Development Corporation.