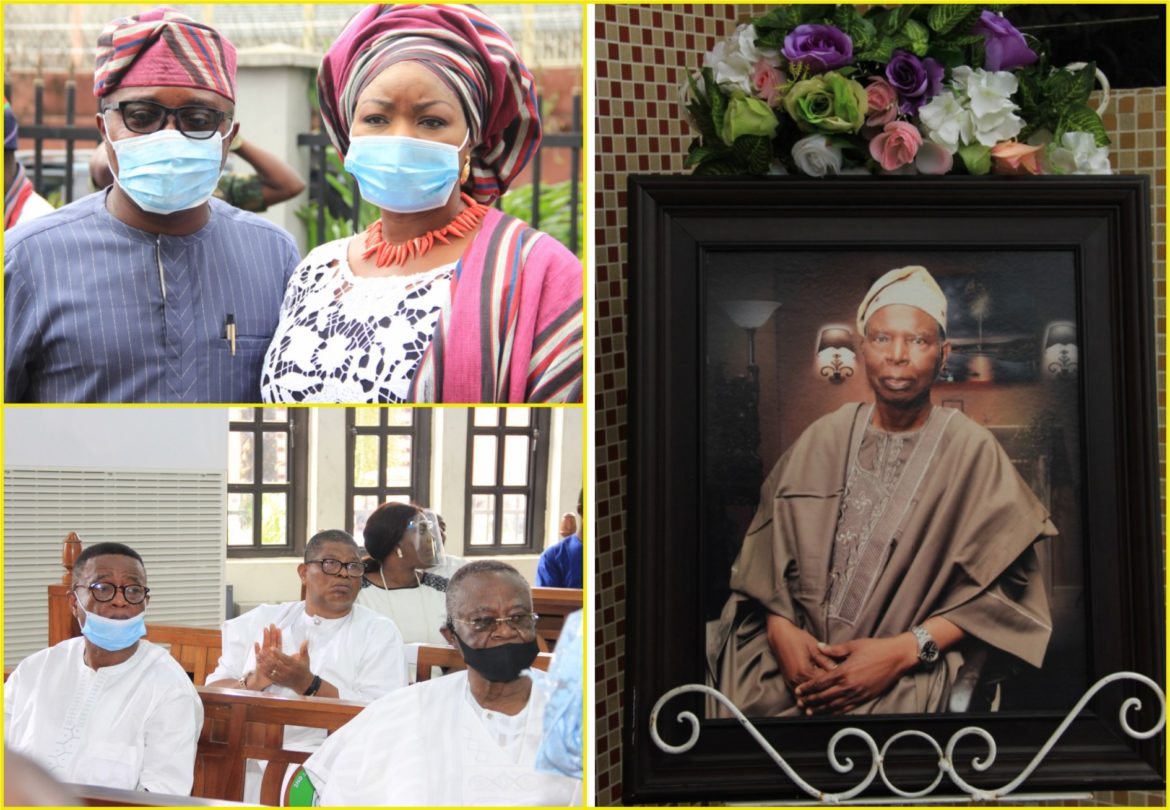 Dr. Clement Adefolu Orimalade was born in “Aiyendara House”, No.8 lIoro Street, Owo, Ondo State on the 23rd day of August, 1932. His father, Prince Adedapo Orimalade was a very well-known Treasury Civil Servant in Colonial Nigeria. He rose from the ranks to become the first indigene to attain the post of Senior Accountant in the Treasury. Papa Adedapo Orimalade was a scion of Olokunbobade family in Imola Street, Owo and a grandson of Olowo Aghagunghaye Orimalade.

He began his Secondary Education at Imade College, Owo as one 0f the foundation students. He was in the same class with Late Justice S.F Adeloye who rose to become the Chief Judge of Ondo State and Professor David Ijalaye SAN, Emeritus Professor of Law at the Obafemi Awolowo University lIe-lfe. When the progress of Imade College was interrupted in the year 1948, he moved over to’Edo College, Benin City where some of his contemporaries were Professor E.U Emovon, the Late Federal Permanent Secretary Mr. Imafidon Akade and Late Chief Tayo Akpata who were his seniors; Professor Osuide and Late Arret Adams who were junior to him. His tutors at Edo College included Mr. J.W.R Thorburn, Mr. J.F Stone, Miss. M. Gregory and Late Professor C.O Taiwo, Emeritus Late Professor of Education, University of Lagos. He read Medicine at the University College Ibadan. His Classmates included Professor Adelola Adeloye, Late Professor D.C. Nwanfor, Professor M.A Bankole and Professor Obi, the Hematologist. His Postgraduate Medical training took place chiefly at Devon and Exeter Group of Hospitals S.W England leading to his M.R.C.P at the Montreal Neurological Institute of Mc0ill University, Canada and John Hopkins University Baltimore, Maryland where he obtoined his International Public Health Education. Dr. Orimalade was a foundation medical student of the U.C.H Ibadan Medical School. He was the winner of the BLAIR – AITKEN Prize in Surgery in 1960. Blair Aitken prize was instituted in 1960, to be competed for by all final year medical students annually, but by divine irony of fate, due to a reference in Obstetrics and Gynecology, his graduation was delayed until April 1961. Glory be to God.

His academic and professional qualifications included MBBS (London University), FRCPE (Edinburgh), FMCP (Nigeria), FWACP. He was a fellow of the Montreal Neurological Institute, Canada where he was clinically influenced by great men like Professor Wilder Penfield of the Cerebral Homunculus fame and Professor Francis Mc Naughton.

His career in Medical Practice in Nigeria began on 5th October, 1965 when he was engaged as Medical Officer (Special Grade) by the Federal Ministry of Health and posted to General Hospital, Broad Street, Lagos under Late Dr. J. Olu Mabayoje FRCPE.

He was physician to 4 Nigerian Heads of State namely General Yakubu Gowon, General Muritala Muhammed, General Olusegun Obasanjo and Alhaji Shehu Shagari after which he opted to leave the State House for other official responsibilities. He was appointed Director of Medical Services and Training Federal Ministry of Health in 1984. His duties statutorily included:

(1) Reporting to the Minister of Health on matters involving all the Teaching Hospitals and all Health Training programs.

(2) President of the Nigerian Medical Council which is now known as the Medical and Dental Council of Nigeria.

(4) West African Health Community where he was

(i) The Chairman of the Finance and General Purpose Committee.

“Through these offices, he was intricately involved in the foundation of Post Graduate Medical Education in English speaking West Africa.

He retired voluntarily from service in 1986 when he was appointed Chairman, Orthopaedic Hospitals Management Board. He served for 2 terms of 4 years each back to back. He was decorated with the Nationol Honovr Award of Office, the Order of the Niger (OON) in 1979. Dr. Orimalade’s life was a peaceful one. His home was his castle and he had few friends. He was a very frank person, many times to a fault. He was an epitome of contentment and could not stand dishonesty in any form.

What was his philosophy with regards to riches and wealth and material possession? He would refer you to the book of Proverbs Chapter 10, verse 22 “The blessing of the Lord, it maketh rich, and addeth no sorrow to it” (KJV). He had a self-effacing personality. He hated publicity and was blessed with good health. On Christmas day 2010, he suffered what may be recorded as his first major health challenge; a mild stroke which resulted in Right hemiparesis. This disability did not involve his speech or cognitive capability and recovery was swift.

He was up and about with walking aides since the stroke of 2010 and was able to perform his civic duties like the administration of his father’s estate until recently when he had several health challenges. With the help of his wife, members of his family and medical personnel, he faced up to them courageously.

Finally, he gave up the ghost on October 20, 2020 at the age of 88. May his tribe increase. Eternal rest grant him ° Lord, may light perpetual shine on him.

6 Signs That Your Relationship Is Going Bad