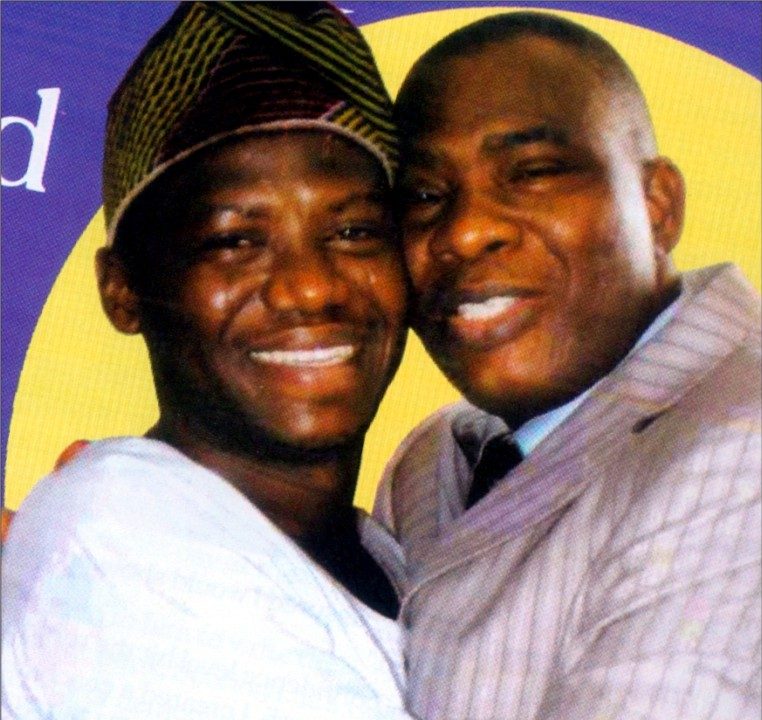 From where do I start writing about my relationship with Dr Emmanuel Sunny Ojeagbase? Okay, let me start from the start.

My first encounter with “S.O.,” as we fondly called him, was in 1980. I was fresh from secondary school and he was sports editor of the Sunday Concord newspaper which had just hit the newsstands. I got hooked immediately by his breezy writing and beautiful page designs and layout. He became the first journalist to leave an impression on my young, impressionable mind.

Each time my dad sent me to buy the Sunday papers, I would “remind” him about Sunday Concord if he left it out of his list.

Any day he insisted he wasn’t buying Concord, I would have to buy with my meagre pocket money so that I could read S.O’s reports and participate in his weekly sports trivia. A star letter won N5.00, a star question N2.50, and a correct answer to the star question won another N2.50, totalling N10.00 every week.

Sometime in 1981 or 1982, I won my first prize. Inspired by my love for football and encouraged by my English Language teacher, Mr. Joah Amoah, a Ghanaian who advised me to consider journalism as a future profession because he thought I had a talent for writing, I had started keeping a small sports library since the 1978 FIFA World Cup in Argentina when I was in Form Three (now JSS 3). So, when S.O. asked in one of his weekly quiz which dog recovered the Jules Rimet trophy when it was stolen at the 1966 World Cup in England, I knew that the answer was “Pickles.”

I sent my entry the same day the quiz was published to improve my chance of winning. Two weeks later, my name appeared in Sunday Concord as the winner of a N2.50 (Two naira, fifty kobo) prize.

I felt on top of the world. It was the first time ever that my name would appear in a newspaper, any newspaper. It was also the first prize that I would win in a “national competition,” so to speak. With the benefit of hindsight, that was where my journalism career effectively began. Without realizing it, S.O. had recruited for himself a future staff!

I looked forward to meeting my idol the day I went to Concord newspapers to collect my prize. My pocket money covered my one-way bus trip and I was confident that I would pay for the return journey from my winnings. What a miscalculation!

Not only did I miss S.O., I was informed at his office that my prize could not be redeemed in cash, but in postage stamps that would be sent to me. Stranded without cash, I had to trek about four kilometres from the Concord offices to Agege Motor Road before hiking a ride home to Dopemu (Lagos). When I told a friend about my experience, he exclaimed: “Ah, Mumini, you want to kill yourself because of two naira, fifty kobo!”

A few weeks later, my N2.50 worth of stamps duly arrived by post. I kept and admired the registered envelope for many years even after I had exhausted the stamps in writing letters mainly to my mum.

It would be about seven years later that I finally met S.O. in person. Following Mr Amoah’s advice, I had gone on to study journalism (Mass Communication) at the University of Lagos. Long before I graduated, I had decided to specialize in sports writing. After the mandatory one year service with the National Youth Service Corps (NYSC) in Enugu where I strung for the local paper, Daily Star, I simply walked into Complete Communications Limited offices in Lagos to ask for a job.

On arrival, I completed a visitor’s form and was ushered into the publisher’s presence. The following conversation ensued between Mr Ojeagbase (he wasn’t a “Doctor” then}and me …

Me: I am a graduate of the University of Lagos. I studied Mass Communication. I want to write sports and I felt this is the place to come. That’s why I’m here. Him: That is fine, but we don’t have a vacancy. We didn’t advertise any vacancies.

Me: Yes, I know but I decided to come all the same. Him: So, what are we going to do now? Me: I want you to give me a trial. Him: (After a brief reflection): Okay. You can come if you wish, but I want you to understand that we won’t have to pay you a salary.

The rest, as the saying goes, is history.

After five weeks of working with Frank Ilaboya on Complete Football magazine, S.O. called me into his office one day to inform me that my gamble had paid off. He had been thinking of sending me to Owerri as a sales agent-cum-reporter. But, based on my performance and Frank’s recommendation, he had decided to keep me in Lagos to work full time on Complete Football.

My five-week gamble spanned August/September 1988 while my full employment took effect from 1st October 1988. During my 34 years of working with him, S.O. transformed from just being my mentor, teacher and employer to become my principal, my partner, my friend, my confidant and big brother.

‘Postscript: I have reproduced the above story as my tribute to Dr Emmanuel Sunny Ojeagbase because of its originality. The facts of history remain the same. I only wish to add that, by the time of his transition, S.O. was more than a “big brother” to me. He had become a “father figure” because he treated and celebrated me more as a son.

I consider myself the Number One beneficiary of Dr Ojeagbase’s famed mentorship, humanism, fairness, kindness and generosity. Despite him being a devout Christian and me a Muslim, he chose me as his foremost and most trusted business partner outside his family.

I reciprocated his gesture in full measure because he was a totally trustworthy partner and reliable boss. He cared so much about my welfare and the welfare of my family. He was a God-fearing man.

In my estimation, greatness is defined by the positive impact that a man makes on his environment and the people who encounter him. S.O. impacted positively on thousands, even millions of people. He was a truly great man!

Amidst the tons of condolence messages that I received on his transition espousing his sterling qualities, this one from Ebenezer Babalobi, one of my classmates at the University of Lagos, stands out about the impact that S.O. made in my life and career: “Dr Ojeagbase will be remembered for mentoring Mumini Alao to stardom.”

A POEM FOR S.O. BY MUMUNI ALAO

You discovered me in school without realizing it. You inspired my childhood dream without

You elevated me even before I had settled down. You taught me page design and layout which was my weakness. You saved my blushes until I learned the art. You tolerated my shortcomings until I blossomed. You are my mentor in sports journalism. In the course of time, we developed a telepathic understanding. I could read your mind from a mile off, and you, mine. We rarely disagreed on a course of action. The few times we did, you never imposed yourself. My friends say we were like “five and six”. God has given you many gifts to which I can testify. The greatest one of them is a visionary mind ever bubbling with ideas. Next is the determination to turn your ideas into action. Next is the perseverance to turn your action into achievement. That is why you have been a successful entrepreneur. In working with you for three decades plus, I have seen you demonstrate, first-hand… The courage to face challenges and difficulties. The boldness to chart new frontiers. The calmness to deal with crises and provocations. The firmness to take unpopular decisions. The strength to bear the loss of a loved one. The will to overcome an illness.

The heart to forgive. The generosity to give and share. I have also seen your show … The humility to honour your benefactors. The patience to teach your students. The contentment to control your desires. The kindness to help the needy. The bond to keep your friends. The love to rally your family. The trust to keep your word. And, most of all, the gratitude to appreciate your God. With such glowing attributes. Your success was always guaranteed. May your gentle soul rest in perfect peace, amen.