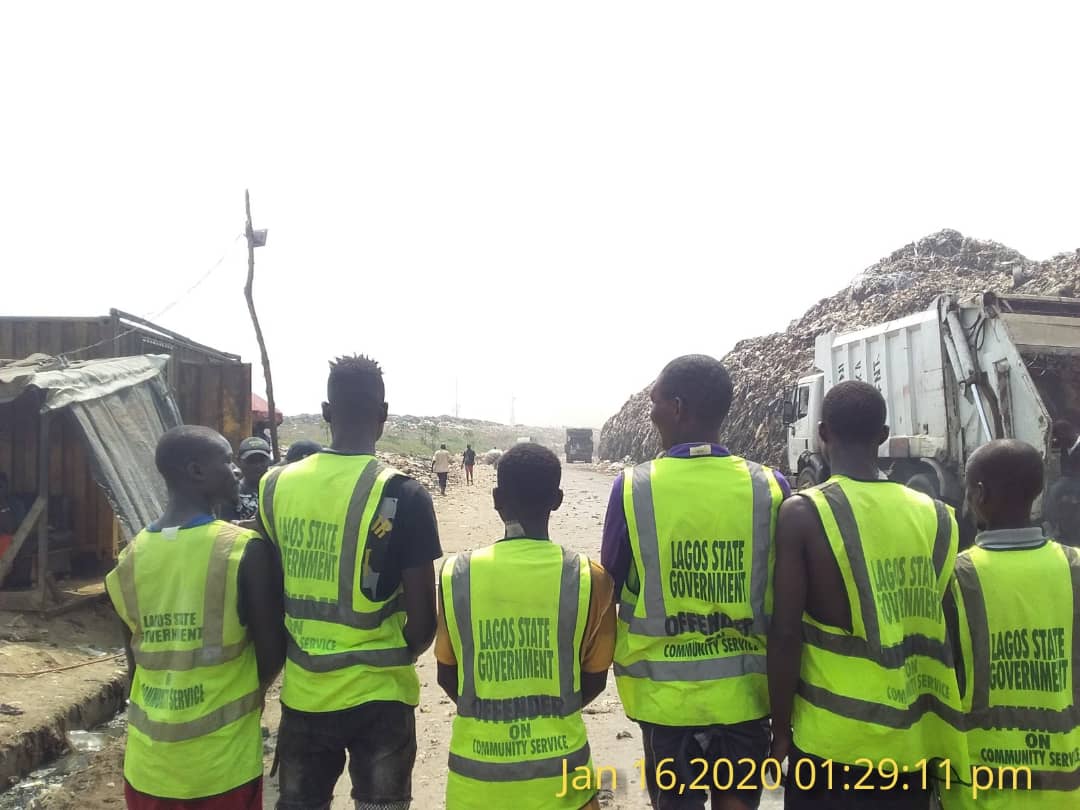 The Lagos Waste Management Authority (LAWMA) will soon begin a campaign tagged: #HallofFame and #WallofShame, to recognize efforts of individuals whose activities promote environmental cleanliness in the state, while naming and shaming residents who indulge in reckless waste disposal.

LAWMA disclosed this following the arrest and sentencing to community service by a mobile court of some persons caught disposing waste in unauthorized locations in the state.

The statement reminded residents of Governor Sanwo-Olu‘s executive order on zero tolerance to traffic and environmental infractions, stressing that ignorance of the law should never be an excuse to engage in acts capable of causing harm to the environment and the people.

It said that days of condoning littering and indiscriminate waste disposal in the metropolis were over; adding that apart from carrying out a community service, environmental offenders would be named and shamed, using the agency’s social media handles and other public communication channels.

The Authority further said that it had embarked on various media advocacy programmes and community sensitization campaigns across the state, to educate residents on the need to imbibe the culture of effective waste management in their localities.

It further appealed to parents to properly guide their children and wards against harmful environmental practices, warning that anyone caught dumping waste indiscriminately under the cover of darkness would be made to face the full wrath of the law, as the Authority’s waste policing is effective 24/7 and would not spare any defaulters.

Residents were enjoined to embrace recycling and the waste-to-wealth initiatives of the state government, which would not only make the environment cleaner and safer, but also provide a viable means of income.

It also advised Lagosians to promptly contact the Authority using the toll-free line 07080601020, for complaints and relevant information.