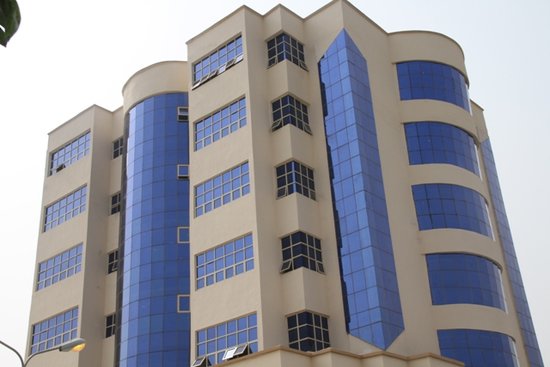 Lawyers have advised the over 200 students of Covenant University, Ota, Ogun State, who were recently suspended for missing an Easter ‘Youth Alive’ programme to sue the institution.

The management of the school had placed the students on compulsory suspension for not taking part in the said retreat.

Some of the affected students, including a finalist, had said that the rules of their admission did not state that it was compulsory for them to attend the programme organised by the faith-based institution.

Since their suspension, several reactions had trailed the school’s action, with many asking the institution to recall the affected students.

Meanwhile, lawyers have asked parents of the suspended students to sue the school, saying that the institution’s action was a breach of the fundamental rights of the students to freedom of expression and worship.

A human rights lawyer, Mr. Jiti Ogunye, described the suspension of the students as illegal and unreasonable, saying it was an infringement on the rights of the students.

He said even though the owner of a university could set rules and regulations to guide the conduct of students in the school, the rules must be subject to the provisions of the constitution, relating to civil rights and liberty of the students.

He said, “My view is that this action of Covenant University is an infringement on the rights to freedom of religion and worship. Therefore, if tested against the provisions of the constitution, it would not stand, so for me, it is unconstitutional.

“I’m not advising parents to sue them, I’m strongly encouraging them (parents) to sue the school, not only for themselves but for posterity. When somebody does something egregious and you allow it to pass, it becomes a monster. They can’t allow their rights to be so trampled with reckless abandon.”

Also, a legal practitioner, Liborous Oshoma, called on the parents of the affected students to immediately take the matter to court, saying they would need a restraining order from the court to stop the school management from enforcing the suspension.

He said any delay in taking that step or waiting to sue for damages would not be enough to compensate the students once they are deprived of writing the exam, noting that what happened was an infringement on their rights.

Oshoma explained that even though some persons would argue that once the students signed the dotted lines to obey the rules of the university, they had “signed away” their fundamental rights, he said, “The question is, can you indeed sign away your fundamental rights, because they are inalienable; like freedom of association, religion, worship, etc?

“You don’t just suspend a student writing a final year exam on the basis of flimsy excuse that he or she did not attend a religious programme. We should learn to know when to draw the line between religious gathering and academic activities, because the fundamentals and objectives of these universities are different from what the religious bodies stand for.

“I strongly advise the parents to sue the university authorities. In this case, damages would not be enough to compensate. That is why they should rush to court now to restrain the university from enforcing that suspension to allow the students participate in the exam.”

A lawyer and President of the Committee for the Defence of Human Rights, Mr. Malachy Ugwumadu, also advised the students to sue the school if they were sure there was no express provision in the school’s rulebook that they could be suspended for up to a year if they didn’t attend the institution’s religious activities.

He also cautioned private institutions, especially faith-based ones, against imposing stringent rules on the students as such rules would not enable the students to become “well-grounded” in the society.

He said, “If there is an express provision that the students can be suspended for a year because they fail to attend an activity, they might not be successful in the court of law.

“But, if there is no express provision in the contract, a course of action has arisen. They should go to the court to enforce their fundamental rights which have been breached. Personally, I’m seriously against the stringent rules in faith-based private universities, as they are making our youths not to be well-grounded. Pure academics makes just about 50 per cent of what the university is established for. It doesn’t make a complete person.”

A Senior Advocate of Nigeria, Chief Mike Ozekhome, appealed to the institution to temper justice with mercy and recall the suspended students, in line with the teachings of Jesus Christ, on whom the school was founded.

He said, “In Nigeria, there is freedom of religion, according to Section 38 of the Constitution. It provides that no citizen shall be discriminated against on the basis of their religion, sex and others. If, for instance, a Muslim was denied admission into Covenant University, they can sue the school.

“But once you become a student, you are bound by the contract you have entered into to obey the school’s rules and regulations. The law is called “voluntaire non fit injurie,” which means no person can complain of any harm caused by a contract to which they agreed to.

“Be that as it may, on compassionate grounds, the school can be lenient with the punishment. I appeal to the university to temper justice with mercy, especially as it is a Christian university which follows the doctrines of Jesus Christ. The doctrine of Christ is about mercy and forgiveness. The school should recall the suspended students, but warn them not to disobey its rules again.”

All efforts to reach the university’s Deputy Director, Corporate Communications, Mr. Kalu Igban, to know whether the school would consider recalling the suspended students proved abortive as he did not pick calls or messages sent to his phone by Saturday PUNCH.

Meanwhile, the school said on its Students Affairs section on its website that the vision it had for students made it imperative for it to pursue discipline vigorously.

“The high demand placed on discipline as a fundamental requirement for making a total graduate as embedded in the core values of Covenant University makes it imperative to pursue it with the required doggedness,” it said

I Was Born A Muslim Before I...