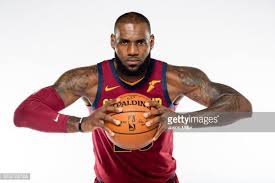 There is no doubt about what LeBron James can do with a basketball in his hand – racking up NBA championships and MVP accolades over the years – but it’s off the court where he experienced what he described as the most meaningful moment of his career.

Before heading out West, where James will play for the Los Angeles Lakers and help bring the storied franchise back to their former Showtime glory, the former Cleveland Cavalier unveiled Monday a public school for challenged youth in his hometown of Akron, Ohio

“The jitters before the first day of school are real right now!!! Tomorrow is going to be one of the greatest moments (if not the greatest) of my life,” James tweeted ahead of the opening of the I Promise School.

The school will welcome 240 third- and fourth-graders, while adding second and fifth grades the following year before ultimately having students from grades 1-8 by 2022. Meals will be provided for the students, and school hours will be from 9 a.m. to 5 p.m., according to ESPN. Each student will also receive their own bicycle and helmet.

LeBron James, who missed 83 days of school when he was in fourth grade, told ESPN he wants “to create an environment of family and not like a workplace.”

“Sometimes you can get tired if you look at it like work — you kind of get tired of it. We want to create an environment of family where you want to always be around your family,” he said.

Monday’s grand opening was also “bittersweet,” as LeBron James reflected on the reality that he will be leaving Cleveland to move to California.

“It’s kind of a bittersweet moment right now, sitting here in my school that I’m opening around these kids, around this community and then at the same time, making a switch to the other coast, being a part of the Lakers now,” James said.

James, who spent 11 seasons with the Cavaliers and fulfilled his promise to bring home a NBA title to Cleveland, was intrigued with the chance to play for one of the league’s most storied programs and the chance to work with Hall of Famer Magic Johnson, the Lakers’ president and a player James idolized since he was a kid.

While at the big unveil of the I Promise School, James also made his first public comments regarding his decision to head out West.

“I did my due diligence after the season on the pros and cons on a lot of different teams, including the Cavs and including Philadelphia, including Houston and Los Angeles,” James said. “So it wasn’t as quick as it may seem. It just wasn’t July 9 like it was before. So after talking to my family more than anybody, I felt like this was the next step in my journey.”

James is joining a Lakers team with a young core talented players, but James will now be in the same division as the juggernaut Golden State Warriors as he looks to continue his streak of eight straight appearances in the NBA Finals.

Hollywood also could represent James next chapter after basketball, as he already has a film production company in the city.