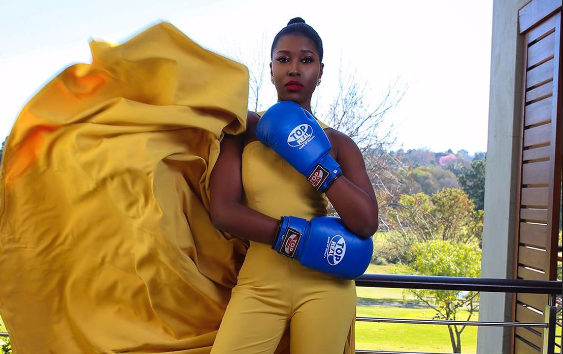 Vimbai Mutinhiri started her career in acting at the age of 15 in Zimbabwe, but at some point, she left to pursue her dreams of conquering Africa “with $200 in my pocket”.

According to Vimbai, she got a lot of rejection in the early days. The “NOs,” she says, helped her make wiser career decisions.

The actress/television personality has shared her story in a motivational series ‘Veelosophy’.

The yet-to-be-released interview sees her give an insight into her struggles, disappointments, and triumphs thus far.

“You just have to find your purpose. You have to find that thing that’s worth waking up for every morning,” Vimbai said in a clip from the interview, adding that: “I left my country with $200 in my pocket. I don’t want to wake up one day and be a ‘she used to be’.

“I’m so grateful for all of the NOs that I received because they stopped me from going to places that I wasn’t meant to go. I appreciate the NOs and I used every NO at the time to sit, reflect and redirect.”

Vimbai, who has a production company in Nigeria, became famous after taking part in Big Brother Africa season 6 in 2011.

She recently became a presenter on entertainment and lifestyle show ‘Star Gist’ which airs on African Magic Entertainment.

Up Your Games To Win Points – Guardiola Tasks Substitute Players

“I Hope Things Get Better For Barca” – Neymar