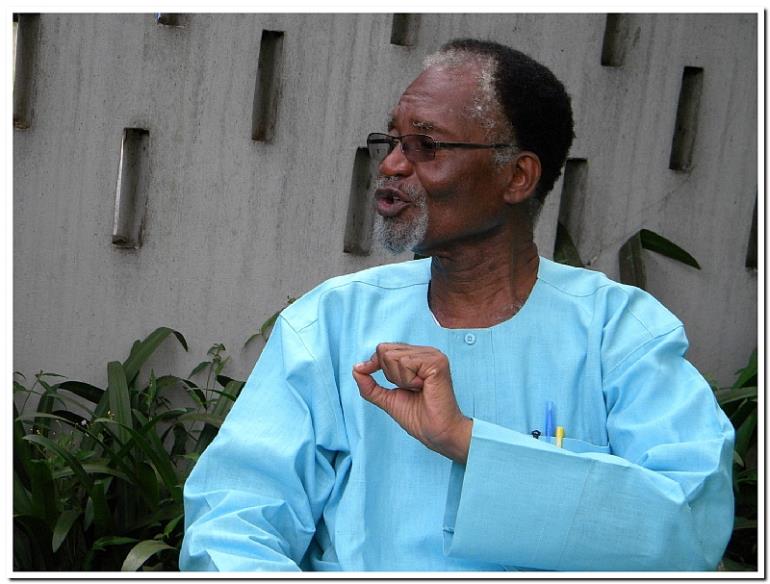 Ghana’s Iconic Poet and Secretary-General of the Pan African Writers Association, PAWA of Ghana,  Prof Atukwei Okai has died at the age of 77.

Okai died at the Korle Bu Teaching hospital, on Friday July 13th after a brief illness. A statement issued on behalf of the Odoi and Okai families and signed by Prof. Akilagpa Sawyerr, said his death was regrettable, “the Odoi and Okai families of Asere, Ga Mashie in the Greater Accra Region and the Pan African Writers Association, PAWA, announce with regret the passing of Prof. Atukwei Okai, which sad event occurred at the Korle Bu Teaching hospital in Accra after a short illness.”

The statement described Okai as a national icon, a former government Minister and the current Secretary General of PAWA.  He was survived by his wife, Beatrice Okai and five daughters.  Okai was born on 15 March, 1941 in Accra, Ghana, and from the age of three to eight years lived in the country’s Northern Region, where his father (Ga by birth) was a school headmaster in Gambaga.

He also was a head of the GaDangbe department of Education at the University of Education, Winneba, Ghana.  In 1989 he was elected the first Secretary-General of the Pan African Writers’ Association (PAWA), which position he held till his death; his pioneering role at PAWA was recognized by the Entertainment Critics and Reviewers Association of Ghana (ECRAG), who in 1991 presented him with their highest award, the Flagstar, the first time that this award has gone to a writer.

He also wrote three books of “verses and chants” for children.